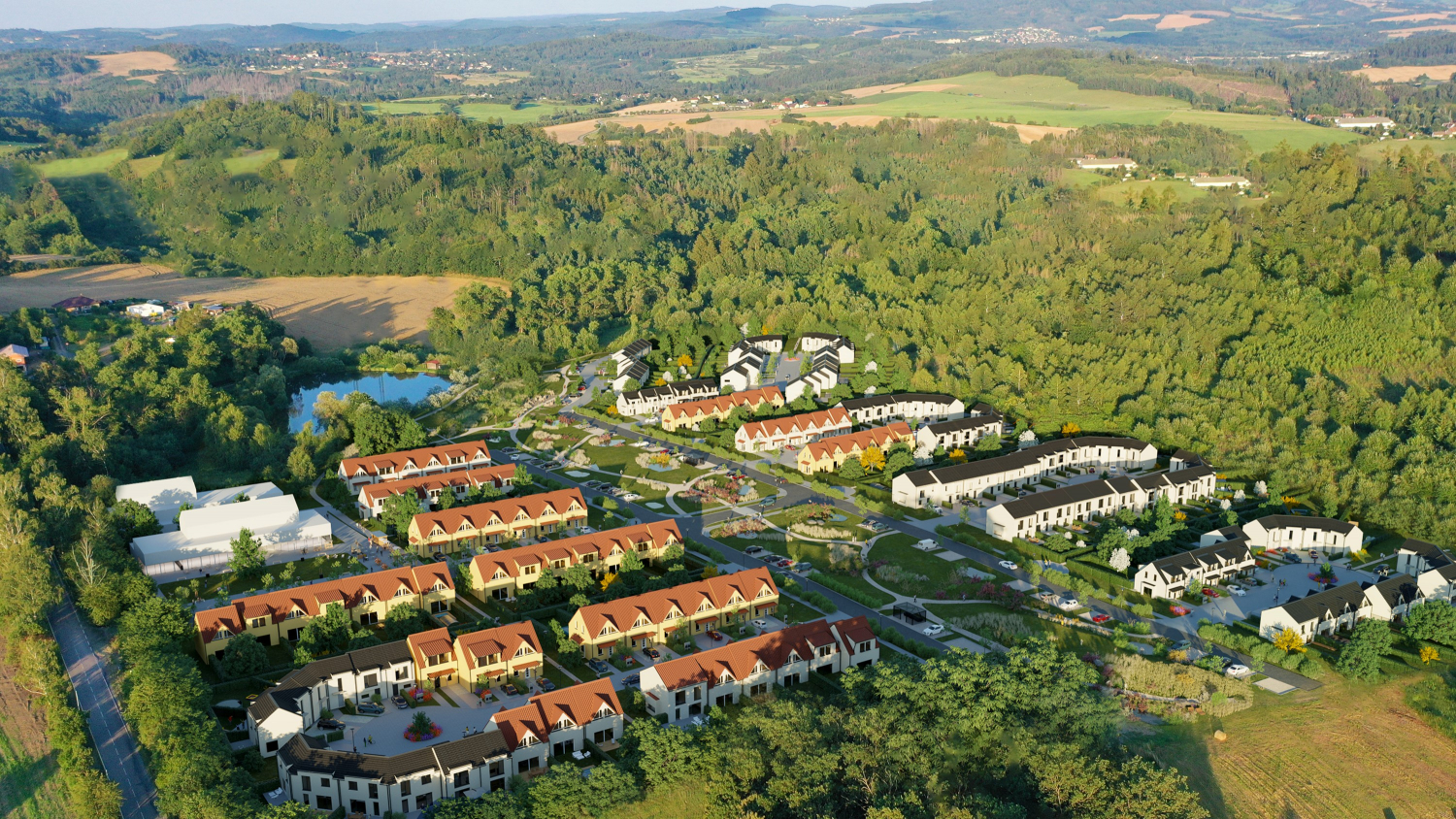 The Getberg development company is now starting to build a new residential project Forest Views in Dařbož near Prague. Another project is in the pipeline in Dubí and two projects near the capital - in Strančice u Říčany and Unhošt' - are currently being completed, Getberg announced.


Getberg's residential projects this year are said to be proceeding according to plan. While the Forest Views project in Dařbož has already started construction, the Icon Park in Dubí is still being prepared.

The latest project under construction, Forest Views in Dařbož, is one of the largest projects in the Central Bohemian Region and is expected to bring around 600 additional residents to the area. It includes a total of 115 new terraced houses and 50 flats and a commercial zone. As a whole new neighbourhood is being created within the project, further phases of construction are planned, including the development of a civic amenities. Prices of houses with gardens here start at 3+kk for CZK 7.5 million.

Getberg plans to build another Icon Park project in the Kladno brownfield in Dubí in the coming weeks. It will build 230 apartments with layouts from 1 + KK to 4 + KK and the whole area will also undergo revitalization and development. Other amenities that the area needs, such as a shop, café and kindergarten, will also be built here. In addition, there will also be a large park and a path around the project offering sporting opportunities.