Gdynia plans for another 20,000 inhabitants 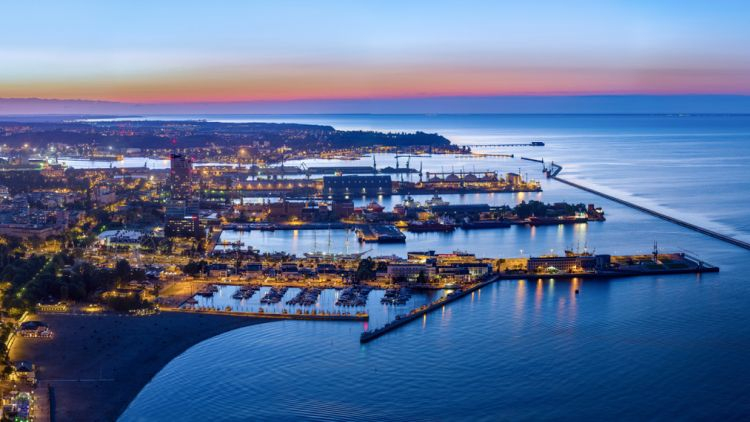 The authorities of Gdynia state that the maximum amount of useable residential floor space that the city needs by 2045 could be as high as 11.29 million sqm. With this much space around 266,000 people could live in the city – currently, there are around 246,000. For the city's further development both public and private investment is needed. The restrictions imposed because of the pandemic have harmed both sectors. The city of Gdynia has announced that most of the planned investments will be completed, some will be delayed, and others are to be developed as PPP projects.


The city authorities do not want further building work to extend the suburbs. "The main direction for residential development is the so-called Gdynia-Zachód area. The city has made successive investments to prepare the construction land with water, sewerage, and road infrastructure. Over the last few dozen years over 500 residents have come to this area every year,” says Wojciech Szczurek, the mayor of Gdynia, during the second meeting as part of the ‘Around the City in eight questions’ series organised by ULI Poland. The city is also focussing on construction in places where the infrastructure already exists but is taking care to improve the quality of life with public spaces and green areas around the new projects. The development of the coastal area as part of the Sea City concept also represents an opportunity for Gdynia. The former port area that is intended to become a central city district is around 71 ha and the development land in this area comes to around 33 ha. The buildings that have already been developed and planned for this area are mixed-use.

The city also intends to cover further areas with an urban plan. Excluding areas of forest and water, 66 pct of Gdynia is covered by a plan. “In the next four to five years we intend to cover a further 10 pct,” says the mayor. He also points out the three most important areas that are to be covered by plans in the coming years. The first is an area of 60 ha in the Chwarzno-Wiczlino district, which is an area mostly owned by the city. The area is within the previously mentioned Gdynia Zachód district. The next area for planning work is the Śródmieście district near Kościuszki square, ul. Borchardta and ul. Armii Krajowej as well as pl. Grunwaldzki square. In 2019, the Council of Europe park underwent a radical change of ownership. As a result of which it was returned to private hands. The mayor mentions that the city attempted to buy this land (valued at around PLN 65 million) but the private owner was not interested. “The Council of Europe park is a very important part of the public space in Gdynia, so it is important to establish new rules to develop this land, so that it forms an area open to all, combining public and commercial uses while taking into account the need for recreational areas and places for locals and tourists to meet. When it comes to commercial uses, the city favours tourism and administrative services while keeping a large green area. The third key area covered by planning work is 93 ha in the district of Wzgórze św. Maksymiliana i Redłowo, near al. Zwycięstwa as well as ul. K. Tetmajera, ul. M. Kopernika and ul. Redłowska. “Due to the situation, it is crucial to bring this area under an urban plan, since in the area there are many plots with owners or potential buyers who are applying for development conditions to be granted so that large scale development of multi-family apartment blocks can begin. Drawing up a plan will ensure that that we keep the historic and compositional advantages of precious older buildings and that new constructions will fit in with their scale and area to these old buildings and their historic layout,” claims Wojciech Szczurek.

Projects for development and delays

The mayor of Gdynia also assures us at the meeting that the city will develop the investment projects it has announced. This will not, however, take place without some of them being delayed. "We are going to continue with our most important investment projects such as the Karwina interchange, the extension of ul. Pucka, ul. Kwiatkowskiego and the Witomina bypass," announces the mayor. Together, the cost of these projects (not including the Witomina bypass – which is at the document preparation and cost assessment stage) comes to PLN 213.5 million. "We are putting the construction of an Olympic pool on hold and we are also putting off the construction of a city ice rink a little. We want to develop these in other investment periods. We will also be looking for partners to build park-and-go car parks around the centre of Gdynia through PPP projects,” says Wojciech Szczurek.

In the nearest future, the Gdynia Aquarium – one of the city’s most visited attractions – is also to be extended with 13 new water tanks and the development of a new exhibition area. The work is scheduled for completion at the end of 2023. “The actions undertaken and currently being continued as part of the Klimatyczny Centrum project will make it more pleasant to spend your free time in the city. The goal is to create a public space that is even more friendly for residents and tourists in the city centre.  Something that will make a significant improvement to the attractiveness of the centre will be the development of Nowa Marina, a collection of buildings along Al. Jana Pawła II and the M. Zaruskiego Basen Żeglarski harbour. The construction will become a yachting centre with hotel and conference facilities as well as stores, restaurants, and cafes. By the end of 2022, the development of Central Park is also to have been completed,” says Wojciech Szczurek.

The city has also not given up on its ‘Gdynia Odnowa’ renovation programme, which covers six areas largely run-down areas in different districts of the city. For Witomina, PLN 12.87 million has been budgeted (a community centre, development of the public areas, the extension of ul. Nauczycielska) and for Oksywia PLN 10.52 million has been set aside. (reconstruction of the transport infrastructure, development of public spaces, improving pedestrian access and providing replacement homes for those living on ul. Dickmana) For Chyloni, PLN 21.34 million has been budgeted (renovations of the Zamenhofa/Opata Hackiego area – third stage, developing roads around ul. Hutnicza); PLN 70,000 has been set aside for Babich Dołów to prepare the documentation for the Nowe Obłuże manor and farm complex,

The city is focussing on sustainable development to limit its impact on the climate. In March 2021, Gdynia officially became part of the Green City accord, being the first and so far the only local authority in Poland to do so. It was the 25th city from anywhere in Europe to join. Being part of this initiative, the city can tap more sources of green financing and it also gives the city access to useful technical know-how. The City of Gdynia's plan until 2030 for adapting to climate change is to take action in several key areas. One of these is to decarbonise public transport by purchasing low- and zero-emission buses. (electric and hydrogen-powered) and prioritising low and zero-emission public transport in Gdynia by such actions as creating more bus lanes. "As part of this policy, the city is to buy 24 modern electric buses this year as well as charging stations. This project represents a total investment of almost PLN 100 million," says the city mayor.

Since 2018, Gdynia has been promoting hydrogen as the leading fuel so that in future its public transport system will be emissions-free. In pursuit of this goal, the city has become a member of the Hydrogen Technology Cluster and has signed a contract with Lotos to secure supplies of hydrogen. "With electricity, a bus needs to be recharged after having travelled around 150 km. With hydrogen, the distance travelled before a refuel increases to around 400 km. Gdynia clearly views hydrogen as the fuel of the future and it is also going to be used to fuel ferries, trains and shunting engines," says the mayor.

The city is also planning to build a network of electric vehicle charging stations in easily accessible points in the centre of Gdynia. It will additionally develop quick charging hubs – charging stations with a high-power capacity of 150-350 kW. These hubs are to be in the centre (in places where drivers and their passengers can spend some time and make use of the restaurant facilities) as well as around the new ferry passenger terminal. The service is also intended for tourists. The city intends to set up the first hubs within the next two years. Nonetheless, much depends on the technology used to produce cars. “If this changes, we are planning to develop hubs in Gdynia next to the city’s main exit and entrance roads,” says the mayor.