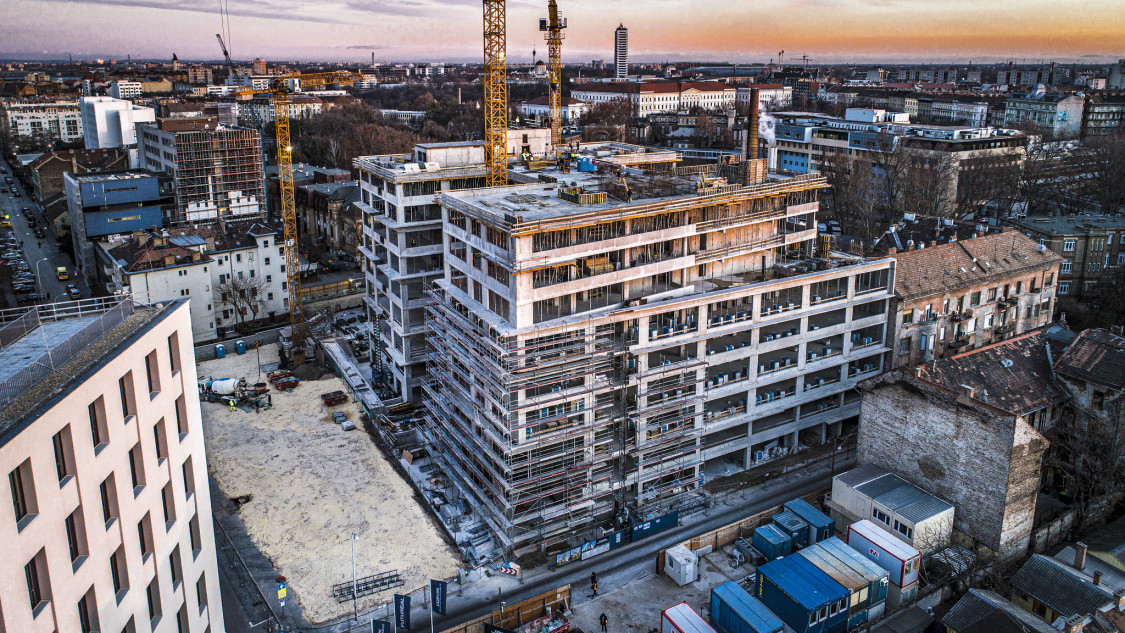 The first phase of the Corvin Innovation Campus, with almost 17,200 sqm of office space, has reached its highest point. Developed by Futureal and located in the immediate vicinity of Corvin Promenade in Budapest, the first phase of the 30,000 sqm complex is expected to be completed by the end of 2022, while the second phase is scheduled for completion in Q4 2023.


On schedule, the Corvin Innovation Campus development has reached its highest point. The first phase of the office building is already structurally complete and is expected to be finished by the end of this year, with the first tenants moving in next year. Meanwhile, Futureal has already started work on the second phase.

The first phase of the complex, which will be built in the immediate vicinity of Corvin Promenade, on the area bounded by Szigony Street, Tömő Street, Apáthy István Street and Balassa Street, will cover 17,200 square metres in the first phase.