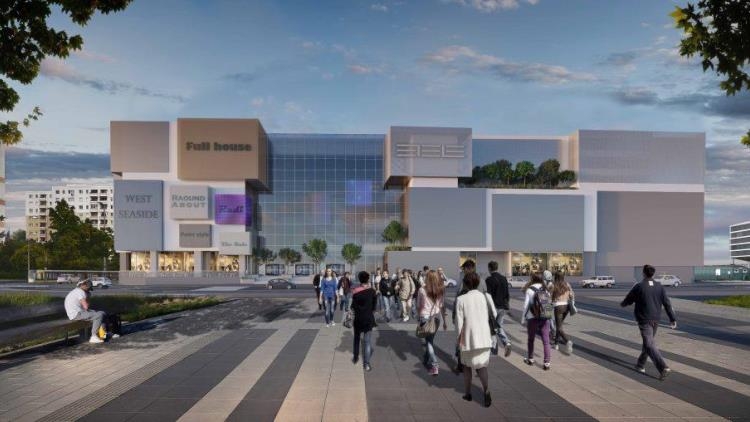 The construction works of Etele Plaza has begun next to the Kelenföld railway station at the western gate of Budapest. As Futureal Group’s latest commercial development, the shopping and entertainment centre with a gross building area of 155,000 square meters will be the biggest of its kind on the Buda side of the city. The mall, combining unique architectural solutions and digital services will feature more fashion brands in one place than any other shopping centre in Hungary.

The shopping and entertainment centre with 54,000 square meters of GLA is expected to open in 2020. The area can be accessed in only 10 minutes from downtown Budapest via direct links as it is being constructed in the meeting point of a national/international railway station, metro line M4 that connects the area with the inner parts of the city and the entrance section of the M1 and M7 highways that lead towards Austria and Croatia.
Etele Plaza is estimated to attract around 40,000 customers every day from the capital, the suburbs and the further towns that are easily accessible from the transport hub. The immediate catchment area of the new centre is one of the most densely populated areas of Budapest, where some 235,000 people live. Residents of this district represent 125% of the nation’s average purchasing power with a relatively low retail supply.
The Etele Plaza will have a modern design with 200 store units, where, according to plans, the biggest fashion brands will be represented in a larger quantity and store area than anywhere else in Hungary. The centre will also feature a supermarket, restaurants, cafés, a multiplex cinema, a gym, a children’s play centre and a range of other services with nearly 1,300 parking lots. The most advanced location and navigation system will facilitate parking in the building by indicating empty spaces, it will also help customers to find the chosen stores or services through a mobile application.
The exterior design of the shopping centre will be dominated by the largest curtainwall structure of Hungary - with a height and width of 30 meters - above the main entrance and the retracted metal boxes that jump out from the facades. In the internal area, along with the soft tracing, a nearly 200 square meter interactive LED display interface will bring the latest generation of the shopping centre design to Hungary.