Developers to deliver 1.2 million sqm of new space in Romania 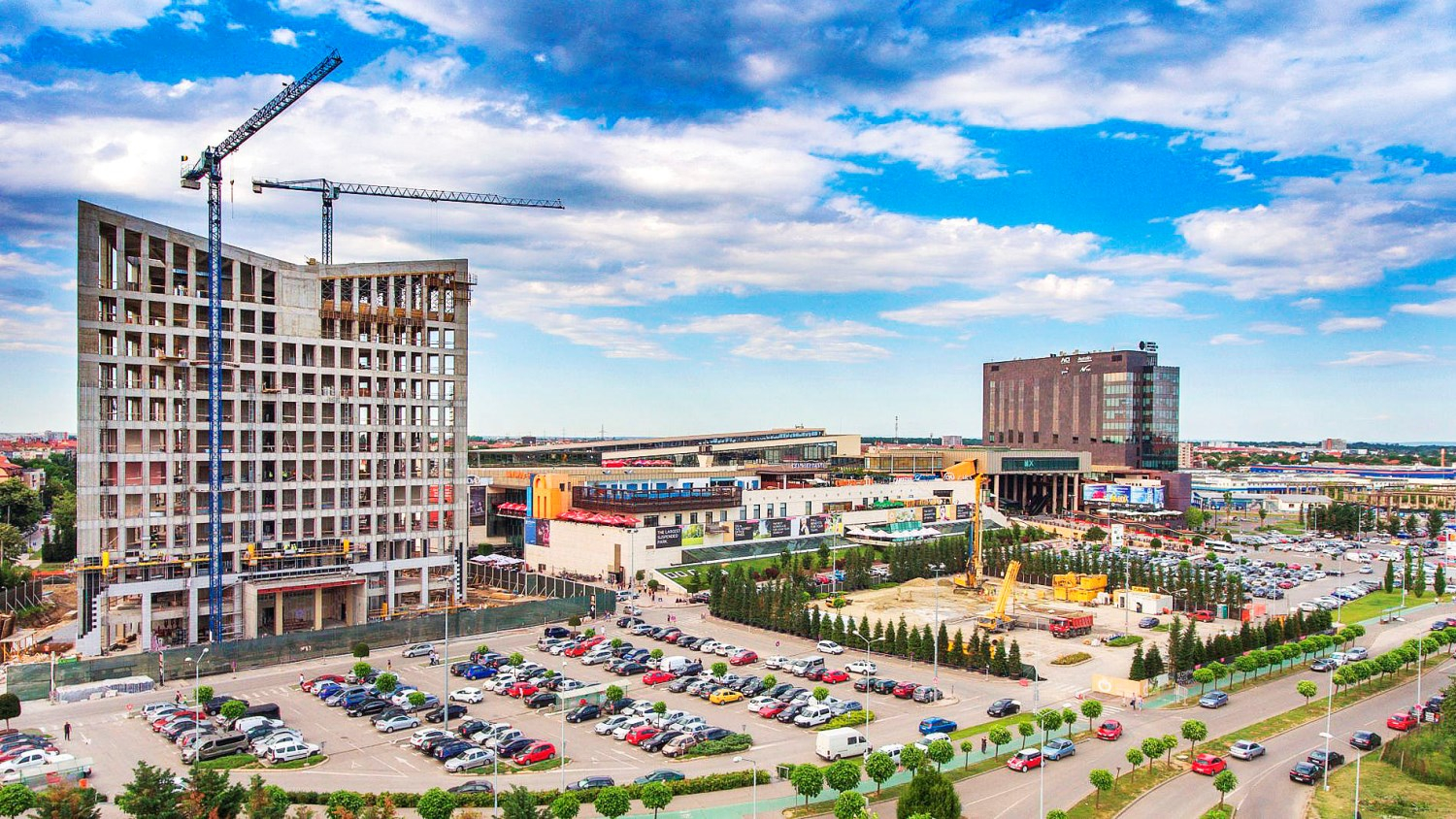 The local real estate market has entered a new year of development on all its major segments, as developers plan to deliver industrial, retail and office spaces with a cumulated area of 1.2 million square meters, a new market record. In comparison, new spaces of around 850,000 square meters were delivered in 2018, according to data from Cushman & Wakefield Echinox.

The positive evolution of the development activity comes from the sustained demand from tenants over the last three to four years, as pre-leasing contracts have been signed for more than half of the new spaces that will be delivered this year.
The total retail stock exceeded 3.7 million square meters at the end of 2018, almost similar to the office one, while the industrial & logistics stock was of around 3.5 million square meters. It is expected that circa 600,000 square meters of industrial and logistics space, over 400,000 square meters of office space and 200,000 square meters of retail space will be delivered in 2019. In regards to Bucharest, around 300,000 square meters of industrial space and 300,000 square meters of office space will be delivered, while the Colosseum and Veranda Mall projects will be extended with a cumulated surface of approximately 25,000 square meters.
New retail spaces will be delivered this year in Sibiu, where NEPI Rockcastle will complete the Festival project and the extension of Shopping City Sibiu, and also in Timişoara, where Iulius Group and Atterbury will deliver the extension of the Iulius Mall project. Between 2015 and 2018, the local retail market increased by almost 40% while the dominant shopping centres constantly had an occupancy rate of almost 100%.
Bogdan Marcu, Partner, Retail Agency at Cushman & Wakefield Echinox: "Against the backdrop of declining results in Central and Western Europe, retailers have again turned their attention to Romania in 2018 by expanding their store networks. The positive evolution of sales over the last few years, coupled with the rise in average wages, has made most retailers increase their investment in new stores in both primary and also in secondary and tertiary markets, and we expect their growth to be accelerated during the next period. Moreover, we also expect new retailers to enter the market this year.
As far as developments are concerned, we will witness a series of consolidations/extensions of existing shopping centres to accommodate the new retail requirements and trends. Developers pay close attention to secondary and tertiary cities that do not yet have modern shopping centres or are under-supplied in terms of the retail stock. We also expect more and more office or residential projects to accommodate generous retail locations with the purpose of providing more facilities and creating a community around the occupiers of these projects. "
In Bucharest, new office buildings with an area of about 500,000 square meters are currently under construction, while office projects with a cumulated GLA of 300,000 square meters are expected to be delivered by the end of 2019. The most active developers in terms of deliveries will be Portland Trust (63,000 sqm in Expo Business Park and Oregon Park), Vastint (62,000 sqm in Business Garden and Timpuri Noi Square), Globalworth (42,000 sqm in Renault Business Connected) and River Development (38,000 sqm in The Light and Sema Offices).
The office buildings sector is developing in other major university centres, such as Timisoara, Cluj-Napoca, Brasov and Iasi, as new buildings with a total area of around 130,000 square meters will be delivered this year.
Mădălina Cojocaru, Partner, Office Agency, Cushman & Wakefield Echinox: "We notice that a large part of office spaces is absorbed during the construction phase, with demand coming from companies that rent 2,000-3,000 square meters. These tenants that come from existing projects plan to increase their number of employees and do not benefit from sufficient space for expansion in their current offices. If there were a larger number of coworking centres in areas such as Center, Center-North and West, the issue of flexibility could be partially covered by these operators. In regards to the rental values, we believe that they will remain stable in semi-central areas and will see a slight increase in CBD. At the same time, we also notice that developers are increasingly paying attention to the duration of contracts, seeking to sign agreements over 7 to 10 years, compared to the standard five-year term."
After a stagnation period of six years (2009 - 2014), the industrial & logistics sector has resumed its growth in 2015 and will reach a peak this year, when developers are planning to build new warehouses with a GLA of around 600,000 square meters. The most active investors will still be CTP and WDP, which have been the market leaders in recent years, followed by developers such as VGP, P3, Global Vision or Transilvania Construcţii.
Rodica Târcavu, Partner, Industrial Agency, Cushman & Wakefield Echinox: "It is a dynamic market where developers have realized its potential and have decided to expand their portfolios by acquiring new land plots. We specifically refer to companies such as Global Vision, P3 or VGP, but also to Element Development and MLP, players who have recently entered the sector and have already announced deliveries for 2019. These decisions have been in direct correlation with the active demand for warehouse space from major retailers or logistics operators in Bucharest, Cluj and Timisoara and from the auto component manufacturers in Sibiu, Pitesti or Oradea respectively."