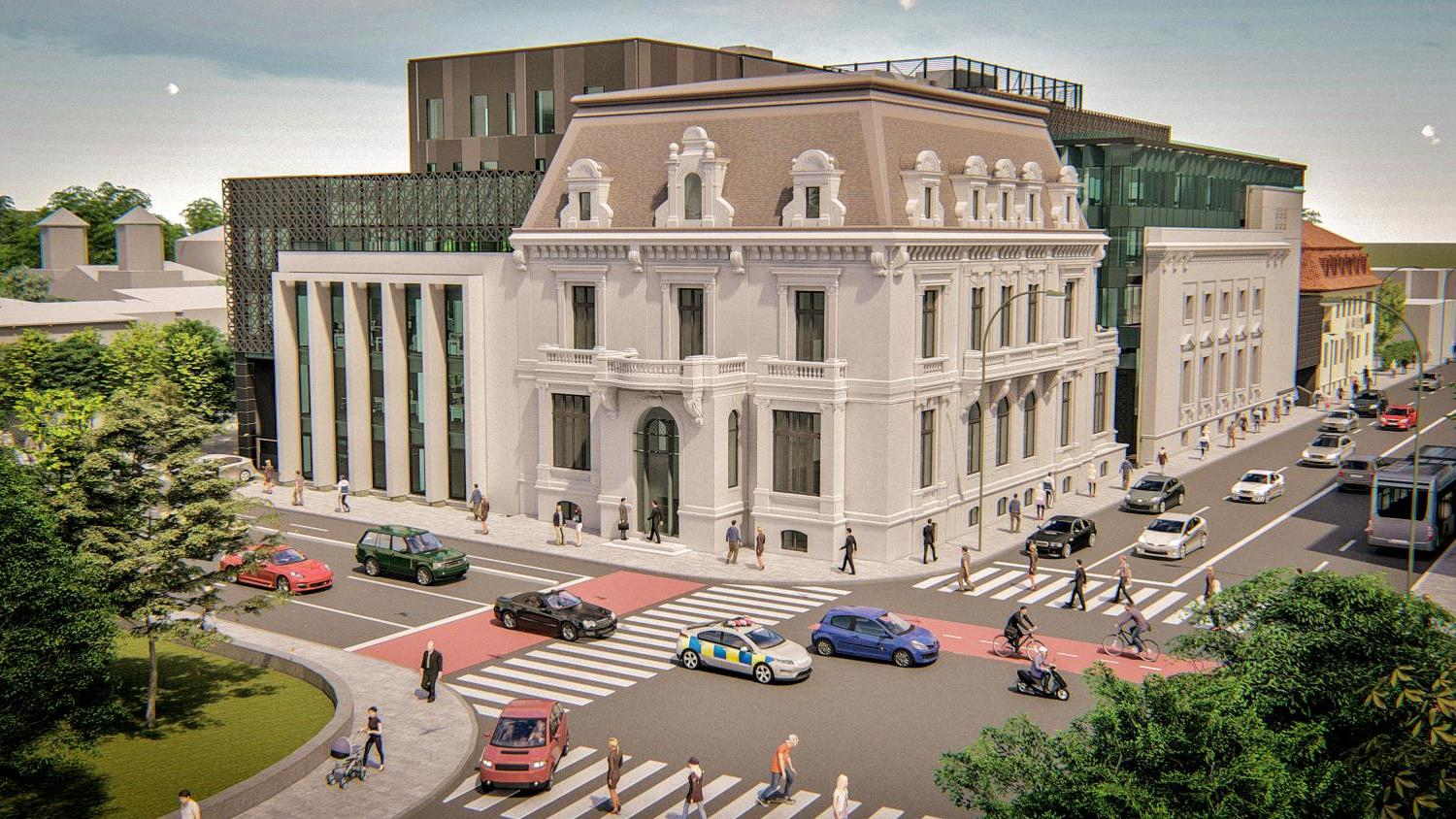 Atenor announced that the final building permit for the Dacia One project has been obtained. Dacia One is located on the crossing between two of Bucharest most prestigious boulevards, Calea Victoriei and Bulevardul Dacia. The project includes two separate buildings consisting of a historic listed villa (1,500 sqm) formerly occupied by the German Legation and a new state-of-the-art Class A office building (13,500 sqm).


The project fully respects its original character and its historic city centre setting. The villa Casa Cesianu dating from 1893 will be restored to its original design and, despite major technical difficulties, the Constantin Tanase Theater, dating from 1951, will also be renovated while retaining its dominant characteristics.

The renovation permit for the historic villa, for which works are ongoing, was obtained in the fourth quarter of 2018. A lease agreement with Noerr has been concluded for the entire part of the historic Villa.

In addition to this renovation, the obtaining of the building permit authorized to start the preparatory works of the new ultramodern office spaces. Works are carried out on-site by the general contractor Kész. Class A office spaces are leased in a future state of completion to ING Tech, a global software development hub, part of ING Group.

With all permits in place, construction works will start in earnest for a project delivery date scheduled for the third quarter of 2021. As with all current projects developed by Atenor in Romania, Dacia One aims for a BREEAM "Excellent” and a WELL Gold certification.

With the Dacia One and @EXPO projects under construction in Bucharest in 2020, Atenor is strengthening its development strategy in Central Europe and currently holds 28 projects in its portfolio, representing a development area of more than 1,200,000 sqm.