Another building from Cavatina has been commissioned 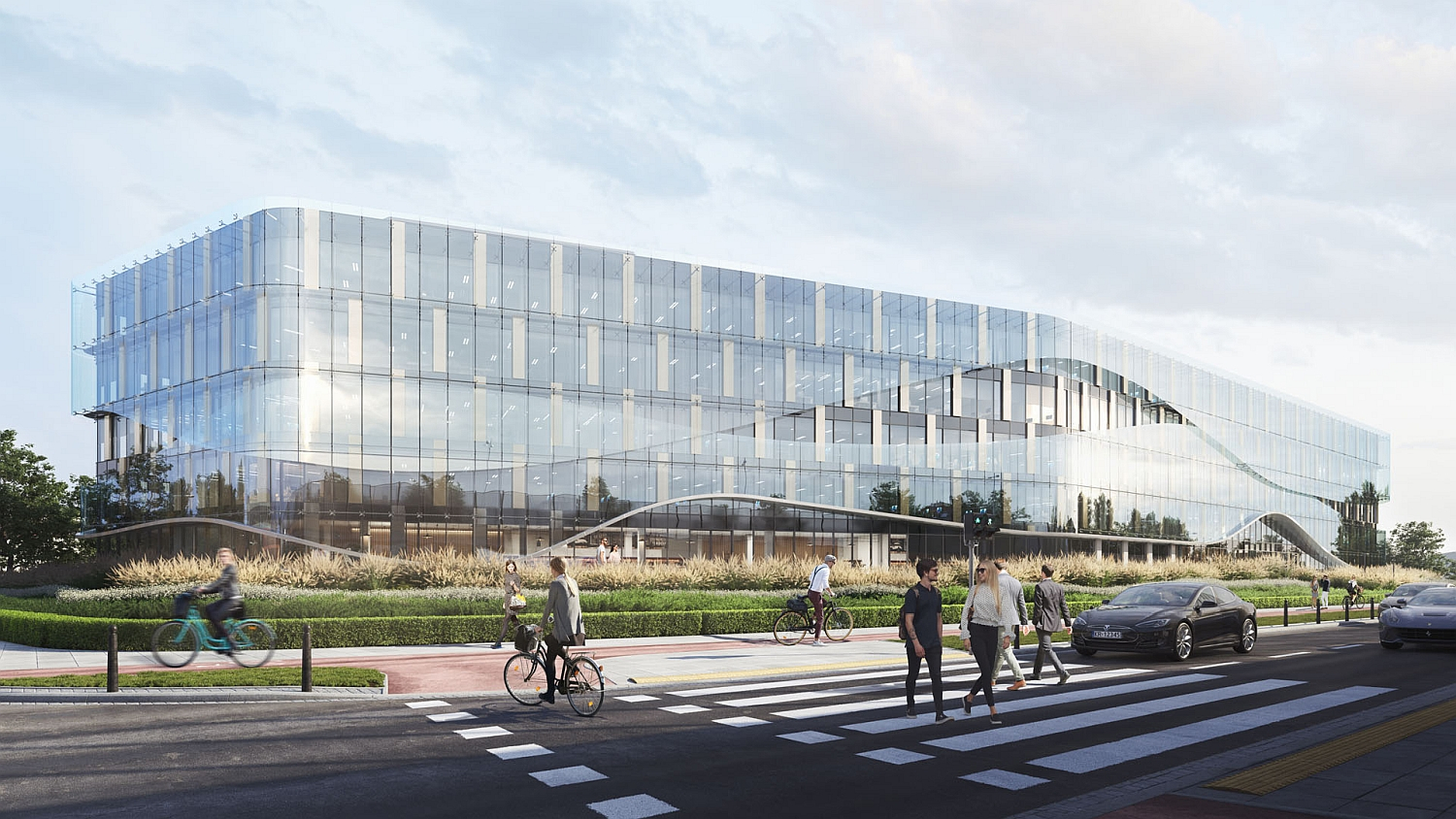 Cavatina Holding has obtained an occupancy permit for the first building completed within the Ocean Office Park complex in Kraków.


The first stage of the Ocean Office Park which has just gained an occupancy permit is located at the junction of the Klimecki and Nowohucka streets in the Zabłocie district of Krakow and consists of five overground floors and one underground. The building, and in the future the entire development will attract one’s attraction with a frontage resembling the shape of waves.

"Zabłocie reveals its potential to us. This is where the innovation centre implementing Smart City ideas will be established. And this is where we proposed our third project in Krakow, which fits into the city’s atmosphere favoring development and stimulation of creativity. The part of the facility that has just been commissioned delivers more than 7,700 sqm. GLA designed with the tenants' comfort in mind. Currently, the second part of building A is being expanded, its completion is planned for the second quarter of this year",says Łukasz Żelezik, Executive Director, Leasing at Cavatina Holding.

The Ocean Office Park is an office development that will deliver nearly 53 thousand sqm. GLAs in the planned four stages. The advantages of this development are: original architecture and fitting into the surroundings, the location allowing easy commute to other parts of the city, as well as a care taken to create a space for effective work and relaxation thanks to numerous amenities.

The use of a double-glazing facade allows not only to achieve an interesting aesthetic effect, but above all it has a great practical advantages – among others it increases and delivers thermal and acoustic insulation. Thanks to the energy-efficient and ecological solutions applied, the first stage of the complex is in the process of obtaining the BREEAM certification at the Excellent level.

More than 120 spaces are planned in the parking lot, at levels -1 and 0 and around the building. The developer has also prepared parking spaces for bicycles and extensive infrastructure for cyclists – locker rooms and showers. In front of the main entrance there will be an attractive small garden in front of the building with the elements of small architecture and leisure and relaxation space. With its future tenants in mind, the complex provides numerous catering and service outlets including a canteen, kindergarten, medical facility, cafe, grocery store, etc.

Ocean Office Park will be equipped with the “Integral” system, a modern technological tool for managing office space and the office itself. The solution will provide tenants with access to comprehensive as well as customized space plans, a possibility of registration at the reception, management of conference rooms and allocation of available parking spaces.