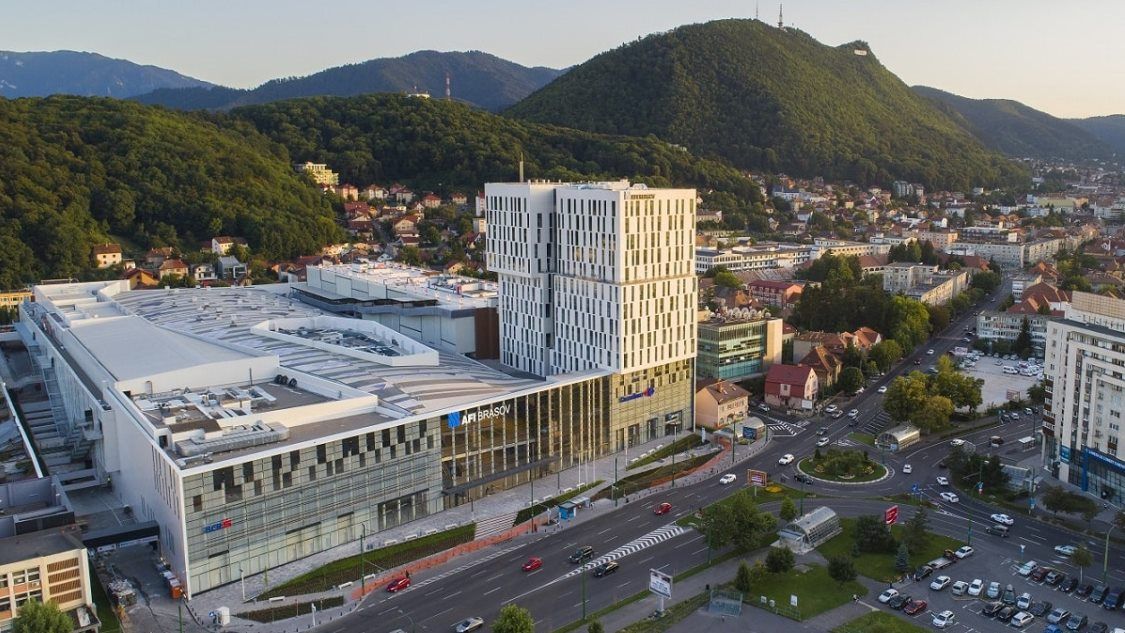 
AFI Park Brașov is part of the mixed-use project AFI Brașov, located in the city centre, which combines a shopping centre with 45,000 sqm GLA and two Class A office buildings.

The first office building offers 15.000 sqm GLA, spread on 12 floors and the second phase of the project is planned to add 10,000 sqm GLA. The office project has received a LEED Gold certification.

The overall investment in the project, including the shopping centre and the first office building, reaches approximately €148 million.