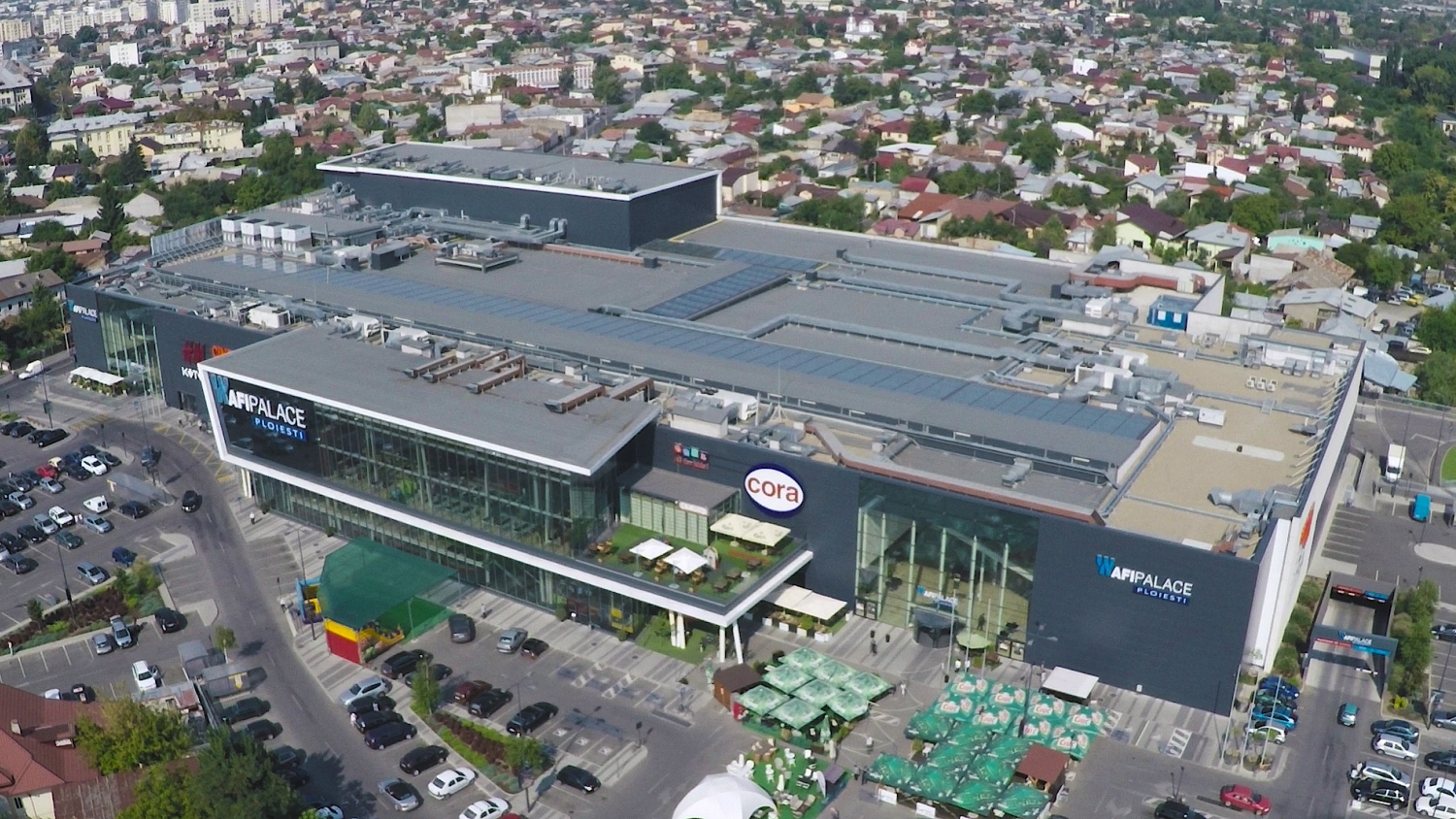 AFI Ploiesti received the LEED Gold certification in the category of Existing buildings: operations and maintenance in regards to energy efficiency, water efficiency, energy and atmosphere, materials and resources, carbon dioxide emissions, improvement of indoor air quality and the overall use of resources more efficiently. AFI Ploiesti is the first and only modern shopping mall developed in the city center of Ploiesti. It was inaugurated in 2013 following an investment of over €50 million. The mall offers a gross built-up area of 56,000 sqm, of which a total gross leasable area (GLA) of 34,000 sqm, spreading over two floors. Visitors can choose from more than 100 national and international brands for shopping, but have also an entertainment and leisure area of over 7,000 sqm and 1,000 parking spaces. With almost 100% occupancy rate, the shopping center is visited, on average, by 15,000 people on a daily basis.
The certification process for AFI Ploiesti was carried out in partnership with Colliers International, which advised AFI Europe Romania.