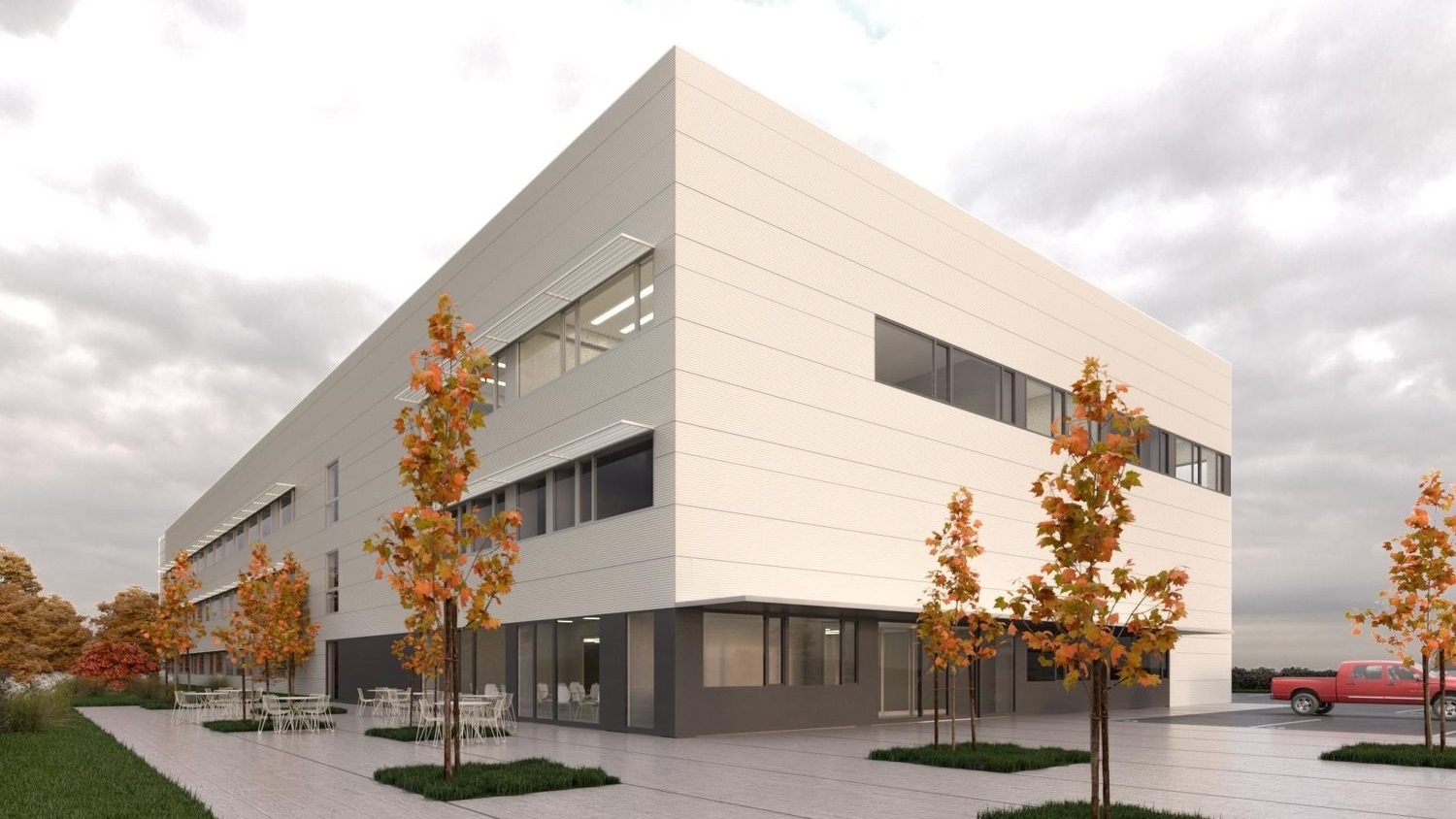 Wing Zrt. will develop an international flight training centre fully tailored to Wizz Air’s needs in the scope of a one-of-a-kind project in close proximity to Budapest Ferenc Liszt International Airport. The facility will be the largest flight training centre in Hungary, and one of the most modern in the Central and Eastern European region. The 3800 square metre building will accommodate three flight deck simulators (two of them full-motion simulators) and a complete aircraft fuselage with passenger compartment (allowing the budget airline’s crew to run cabin crew training). After signing a long-term lease agreement, construction began in February. The building’s structure has been built, and delivery is scheduled for the end of the year. This is the second significant development project that Wing has undertaken in the vicinity of the airport in just a short time. The ibis Styles Budapest Airport – also developed by Wing – was inaugurated in January.

Wing Zrt. will develop a new international flight training centre, featuring the latest in cutting edge technology, for Wizz Air in the scope of a one-of-a-kind project near Budapest Ferenc Liszt International Airport. The hands-on training premises, with its three aircraft simulators, will occupy a third of the 3800-square-metre BTS building. Two of the simulators will be Airbus A320 units that allow a full, 360-degree range of motion in every direction, thus making it possible to simulate complete flights in real time and in real-life conditions. A fuselage, complete with a fully appointed passenger compartment, will also be housed in the building, permitting the budget airline’s cabin crews to run emergency evacuation drills. The training area will also be suitable for additional enlargement going forward. A facility configured to practice fire suppression will also be installed in the leased property’s premises as part of the development.
A three-floor office block will be constructed in another section of the building, to accommodate offices, 14 training rooms, a representative lobby and community spaces. The building exterior is likewise flight inspired – surface finishes will evoke the external appearance of an aircraft with its silvery, metallic elements. The Wizz Air facility will be the largest air transportation training hub in Hungary, and will also rank among those representing the best-equipped and latest, most state-of-the-art in the region, one open to additional expansion, depending on future demand.
“Wing is dedicated to develop future-oriented buildings that represent economic, urban planning and functional value and the company has the development expertise to serve the special needs of the leading Hungarian and multinational corporations, whatever type of property we are looking at. This is illustrated by the projects we have already delivered, such as the GE headquarters, E.ON’s headquarters, the Ericsson House or the ibis Styles Budapest Airport Hotel, along with the Telekom headquarters that is currently in progress and the Wizz Air training centre that has just been announced. For us, Wizz Air’s vote of confidence, coming from one of Hungary’s most dynamically developing ventures, is a great honour, allowing Wing to implement this training centre and its new and complex technologies,.” Noah Steinberg, Wing Zrt. Chairman and CEO said.

Noah M. Steinberg the Chairman and the CEO WING. He is an American citizen, but he has been working in Hungary since 1990, for Wallis, then with WING. Having over 15 years of experience in strengthening the cooperation among local and international companies, managing several companies present in the sales, services and real estate market. Works in his current position since 1999. He studied in Princeton college and at the Diplomat Academy of Vienna. He is married, the father of two, speaks 5 languages (English, German, French, Spanish, Hungarian).  More »
“As WIZZ continues to grow at an exponential rate, this new state-of-the-art training facility in Budapest will allow us to step up our cabin crew- and pilot recruitment and training capabilities to the next level and support our commitment to having the best-in-class training standards. We are looking forward to starting operations in our new Training centre later this year”, said Diederik Pen, Wizz Air’s Executive Vice President and Chief Operations Officer.
The Wizz Air flight training centre was designed by Építész Stúdió Kft. Its contractor is Bernecker Kft.
Photo: WizzAir / Twitter