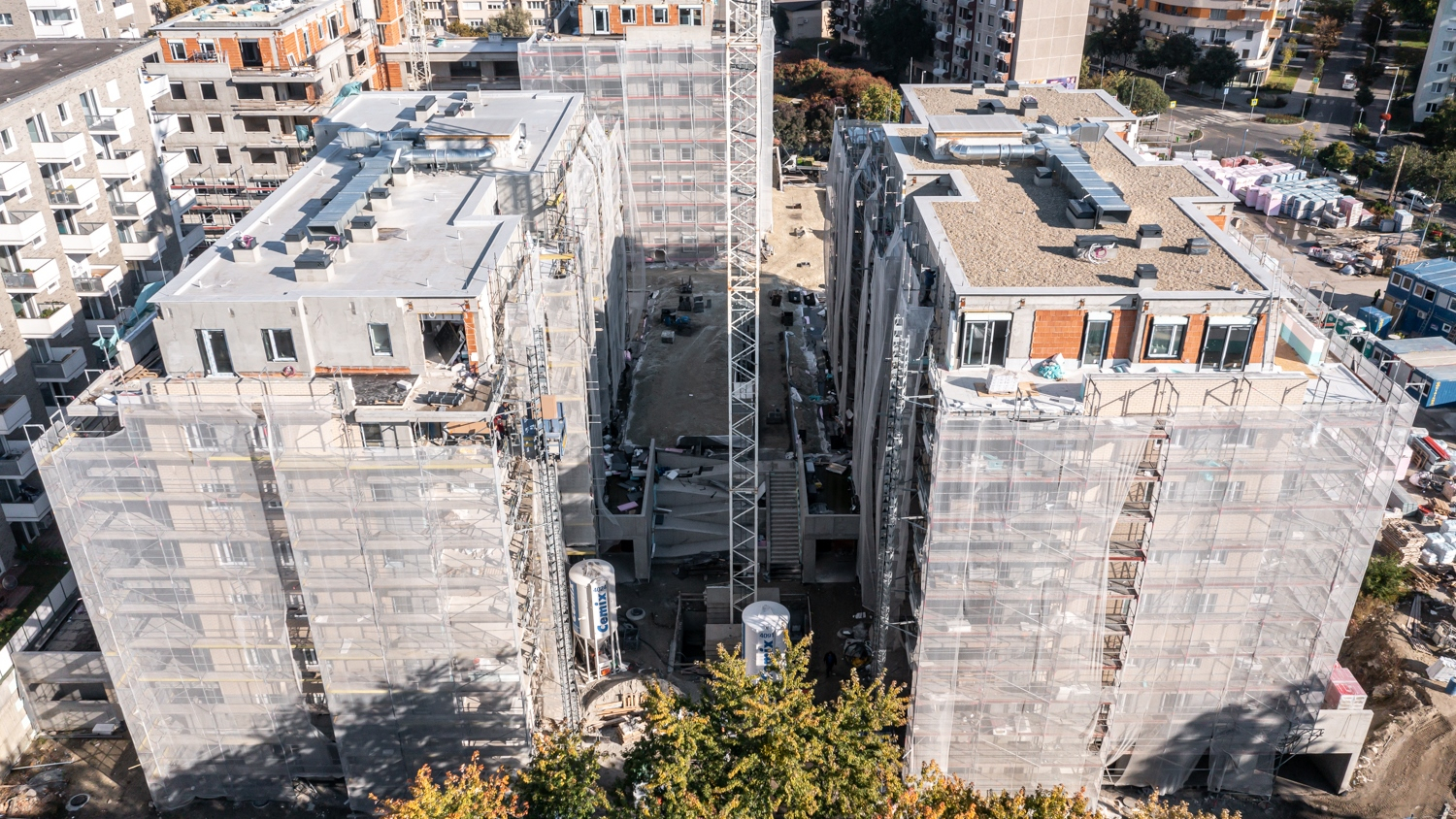 Kassák Passage, the second phase of LIVING’s Kassák project, has reached its highest point. The project features 262 units and is located close to the Váci út office corridor. It is expected to be completed in the second half of 2022.


The residential park is situated in a dynamically developing part of District 13. Klapka utca is located just a block from Váci út and the office corridor there, which is thus just a few minutes away on foot.

Work is continuing on the project currently both indoors (e.g. painting, tiling and the installation of entrance doorcases, dry walls, the boiler room and the water mains connection) as well as outdoors (e.g. the installation of facade doors and windows, and garden landscaping). The homes of Kassák Passage have efficient floor plans and outstanding construction standards, with a focus on environmental awareness and energy efficiency. The residential units are nearly zero-energy apartments, allowing them to receive a BB energy efficiency rating. The complex, comprising some 700 apartments, will also include its own park, spread out over more than 9,000 square metres, featuring a number of relaxation spots inspired by the paintings of Lajos Kassák, after whom the project is named.

“Following the success of the Kassák Residence project and the popularity of its apartments, it was an easy decision for us to proceed with the development of Kassák Passage, which is currently progressing as planned. At LIVING, we place great emphasis on providing buyers with high-quality technical standards, and we strive to continuously expand the range of services offered, based on customer needs. This is why we launched our community services, the first of their kind in Hungary, in the first phase of the Kassák project,” said János Martin, LIVING’s branch director.

LIVING is part of one of the largest property companies in Hungary, being WING's residential property brand. Other LIVING projects underway are Park West 1 and 2, Kassák Passage and Le Jardin, with Kassák Residence and Metropolitan Garden already completed.