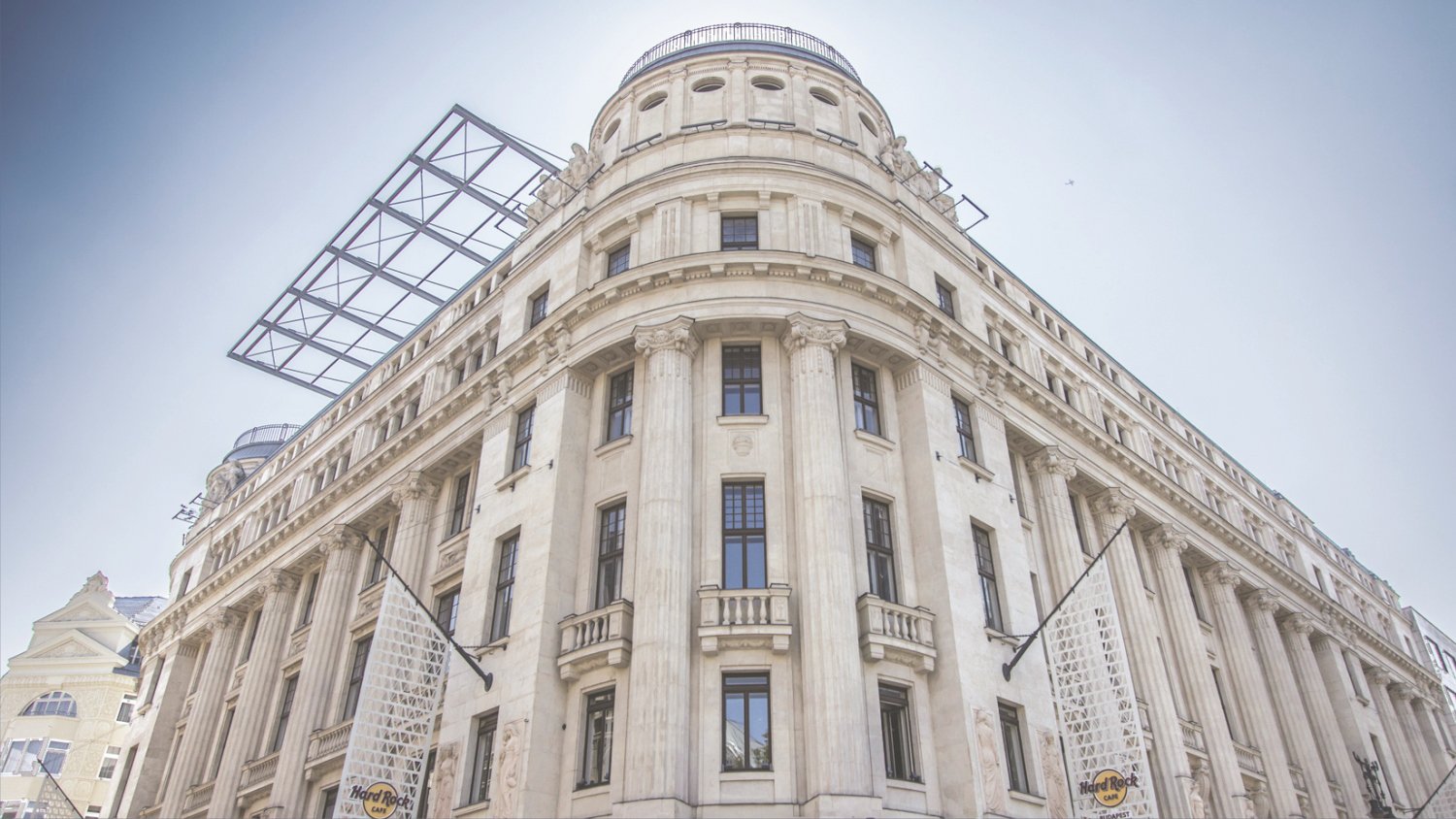 The building long served as the historic headquarters of the first bank in Hungary and it was also home to the Budapest Stock Exchange from 1990 until 2005. Its current tenants – besides the 7,200 sqm retail and office space of H&M – are Hard Rock Café Budapest, Szamos chocolatier, and DVM group. The restored palace is currently 74% leased. Prime office space of 2,500 sqm on the upper levels is still available for lease. A Skybar is also planned to be opened on the 5th floor. As a result of the development concept implemented in the brand new interior, the pure retail scheme designed by the previous developer was complemented with an office usage, calling into life the current mixed-use commercial property. Váci 1 is expected to receive its BREEAM In-Use certificate in Q4 2016.