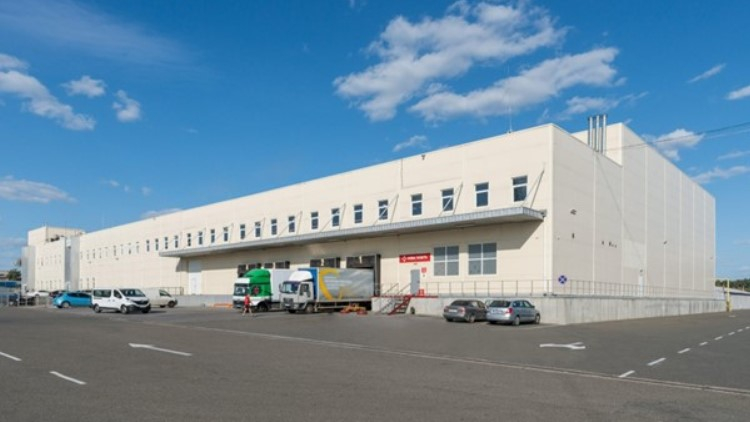 According to CBRE Ukraine, the warehouse and logistics segment demonstrated higher resilience than the rest of the commercial real estate market against the backdrop of military aggression in Ukraine. However, it suffered large-scale destruction from rocket attacks on Kyiv and the Kyiv region. Iryna Nastych summarised the situation in an article prepared by the Ukrainian Real Estate Club for Property Forum.


"Most businesses have diversified because of the war, that is, they opened new locations in Lviv, but continue to hold storage facilities in Kyiv and distribute goods from two regions," says Gennady Grinenko, Head of Development at Alterra Group. “For example, Marathon stores and distribution of sports brands rented a warehouse in Lviv and continue to have a storage in Kyiv. We constantly get requests to increase or open storage or production facilities in Lviv".

Some companies relocate due to changes in material supply chains. For example, agricultural businesses, which used to grow something in Northern or Southern Ukraine, are looking for opportunities to cultivate this production in Central and Western Ukraine. It is economically viable for them to open their production here if they are close to the raw material and the sales market, explain the specialists of Alterra Group. "Exporters, for whom the market is Europe, as well as businesses that used to receive raw materials from Belarus, are relocating. Now it comes from Europe because the Lviv region is locally very convenient for receiving raw materials, working it off and sending it back. The same happens with the companies that receive products from Europe. It is convenient for them to have a distribution centre in Western Ukraine, 80 km from the border, to receive it by rail or road transport and distribute it from here to other regions,” says Gennadiy Grinenko.

The large-scale military actions and the cessation of business activity in the first months of the war led to decreased demand among almost all types of occupiers. However, the first signs of leasing activity for warehouse space were witnessed during April-May 2022, following the de-occupation of the Kyiv region. As a result, total take-up on the Kyiv market amounted to around 44,000 sqm, showing a 9% increase over H1 2021, mainly due to forced relocations of companies from damaged warehouses.

The volume of total warehouse space in the Kyiv region decreased dramatically from 1.6 to 1.3 million sqm in H’ 2022. As of June 2022, almost 340,000 sqm of net warehouse space was either wholly (213,000 sqm) or partially (169,000 sqm) destroyed, comprising 22% of the total warehouse stock in the Kyiv region. The most affected warehouses were located along the M-06 Highway, where the villages of Stoyanka, Petrushki, Buzova, and the town of Makariv suffered significant destruction. Warehouses located along the M-07 (Warsaw) Highway near the towns of Bucha, Gostomel, and Vorzel also suffered significant damage.

Operators have already started partially resuming their logistics centres, so the press service of Dragon Capital reported that in July 2022, the surviving building of the West Gate Logistic logistics complex of 7,675 sqm, which was damaged during military operations on Zhytomyr highway near Stoyanka, was resumed and rented out.

West Gate Logistics was almost completely destroyed during the active phase of hostilities on the outskirts of Kyiv. "The complex consisted of two buildings: the main - an area of 89,500 square meters and the front - an area of 7,675 square meters, which before the war were fully leased. We are pleased to report that we managed to repair and reopen the facade building in less than three months", - says Dmitry Kalinichev, Commercial Director of Dragon Capital Property.

During the first half of 2022, no new additions have entered the market. The developers have postponed the construction of many schemes scheduled for delivery in 2022 to minimize business risks. Thus, only 45,000 sqm are expected to be completed by this year's end, while the delivery of the remaining projects will be postponed until 2023-2024.

The average vacancy rate reached 2.8% per updated total competitive stock, now totalling 1.3 million sqm. Most of the vacant space is concentrated in the newly built warehouses, which were not absorbed before the war began. As of the end of H1 2022, rental rates in national currency remained broadly unchanged at the level of late 2021, and rents denominated in USD declined by around 8%-10%. Asking rents for ambient warehouses ranged between UAH133-159/sqm/month ($4.5-$5.4) for A class and UAH95-110/sqm/month ($3.2-$3.8) for B class assets. Actual rents were 5%-7% lower on average.