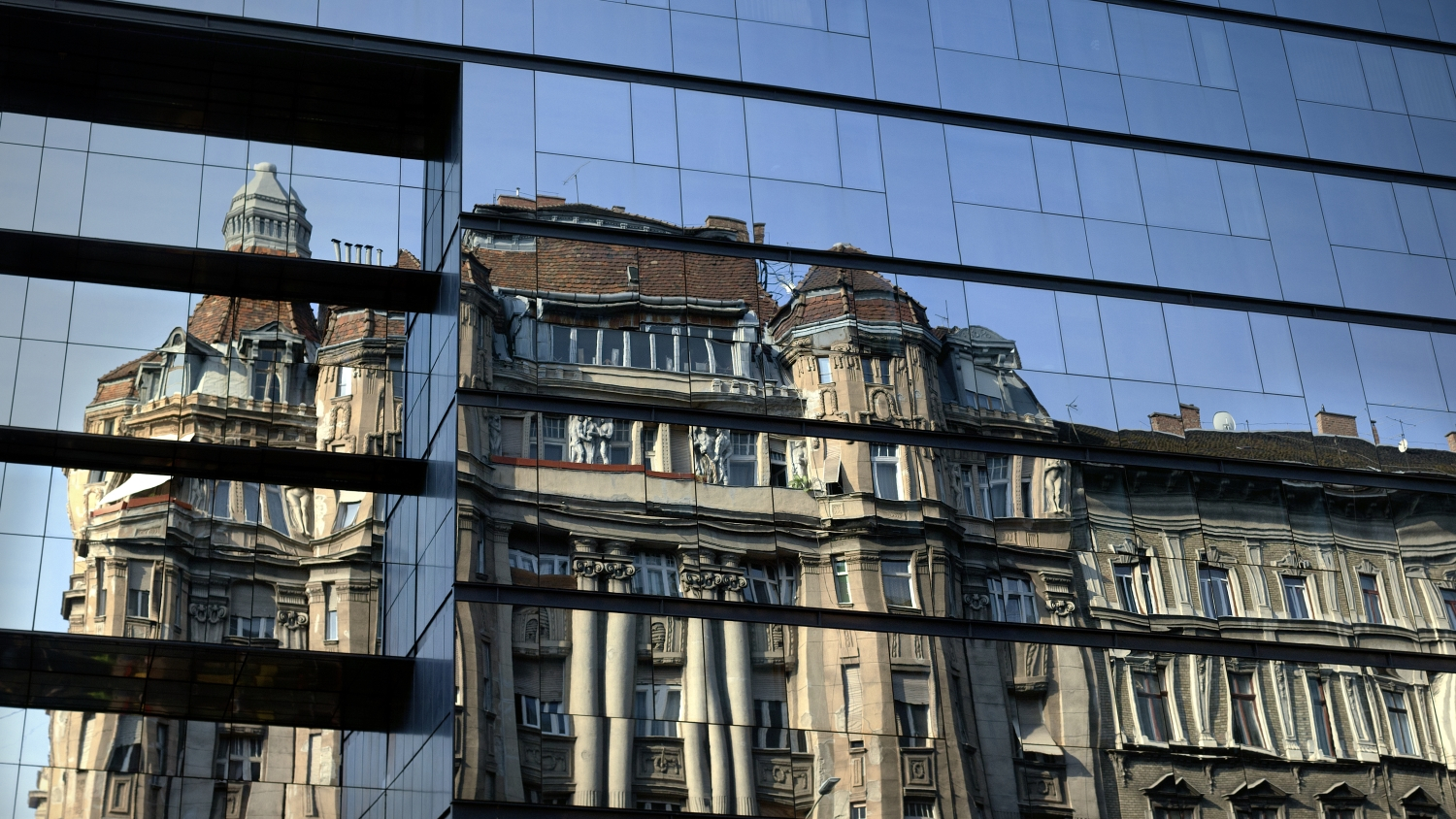 For the first time since Q4 2018, the vacancy rate on the Budapest office market increased in Q1 2020, albeit only by 0.6 pps. Total demand in the first quarter of 2020 reached 79,660 sqm, stagnating year-on-year, according to BRF’s latest figures.


There were two new office buildings delivered to the Budapest office market in the first quarter of 2020: BudaPart Gate and Budapest One (18,160 sqm and 27,400 sqm respectively, both in the South Buda submarket). Lánchíd Palota (5,120 sqm, Central Buda) has been added to the owner-occupied stock following its recent acquisition by an end-user.

The total modern office stock currently adds up to 3,740,990 sqm, consisting of 3,131,100 sqm Class A and B speculative office space, as well as 609,890 sqm owner-occupied space. As a result of our annual stock revision, 40 buildings’ GLA has been amended as of Q1 due to re-measurement or refurbishment over the past year. 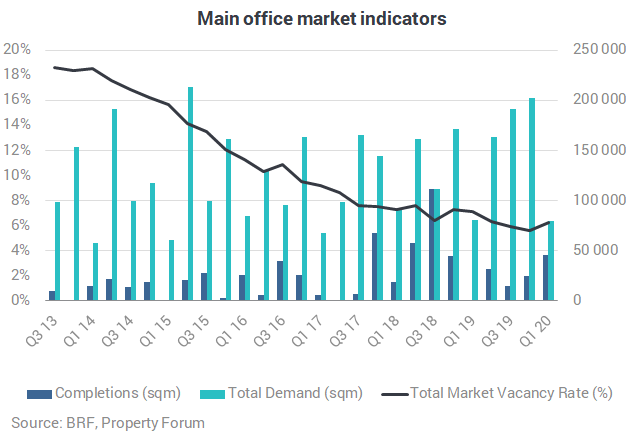 The office vacancy rate has increased to 6.2%, representing a 0.6 pps uptick quarter-on-quarter. In line with the preceding quarters, the lowest vacancy rate was measured in the Non-Central Pest (1.3%) submarket whereas the Periphery still suffers from an overwhelming 33.6% vacancy rate.

Net absorption over the first quarter amounted to 22,790 sqm (adjusted for GLA revisions).

Total demand in the first quarter of 2020 reached 79,660 sqm, stagnating year-on-year. Out of the total leasing activity, renewals represented the largest share with 36%, followed by new leases at 31%, expansions at 13%, pre-leases at 14% while owner occupation made up the remaining 6%.

Contrary to the previous quarter, the strongest occupational activity was recorded in the Central Pest submarket, attracting 26% of the total demand. The Váci Corridor ranked second in this respect with a share of 22%, while Central Buda came third with 19% of all office demand during the period.

According to BRF, 118 office agreements were signed in Q1 2020, with an average deal size of 675 sqm. BRF registered 15 office transactions above 1,000 sqm, diversely split between 6 new transactions, 5 renewals, 2 pre-lease agreements, 1 expansion and 1 owner-occupation.

Three agreements were concluded for office area exceeding 5,000 sqm. The largest transaction was a pre-lease agreement signed in the Váci Corridor submarket, with a 7,450 sqm deal in Váci Greens E. The largest renewal of the quarter was signed in Park Atrium for 6,300 sqm, while the largest relocation lease in the existing stock was registered for 4,730 sqm in the newly delivered Budapest One scheme.

As expected, Q1 2020 office market statistics do not yet reflect the current economic restrictions triggered by the COVID-19 pandemic. Total leasing activity was largely in line with the past five years’ Q1 average and based on headline rents in the current availability, there has not been any material rent correction. While the average vacancy rate increased by 0.6pp q-o-q, this was due to organic market developments in the form of expiring leases and planned relocations. by Property Forum
CBRE, which has been managing the 22,805 sqm Visionary office building in Prague 7 for CA Immo for two years, has received a mandate to manage the Austrian company’s remaining office portfolio in the Czech Republic.
Read more > by Property Forum
CTP has completed the certification of its industrial real estate portfolio in Central and Eastern Europe. In total, 292 CTP buildings at around a hundred different locations in six countries have confirmed their BREEAM In-Use status at the Very Good level or higher. A number of properties have reached the Excellent level. This ranks the company as the greenest developer of industrial real estate in CEE.
Read more >

by Property Forum
Skyliner, one of the highest office towers in Warsaw developed by Karimpol, has obtained an occupancy permit. The skyscraper was designed by APA Wojciechowski. Tenants will start moving into the building in the first half of 2021.
Read more >