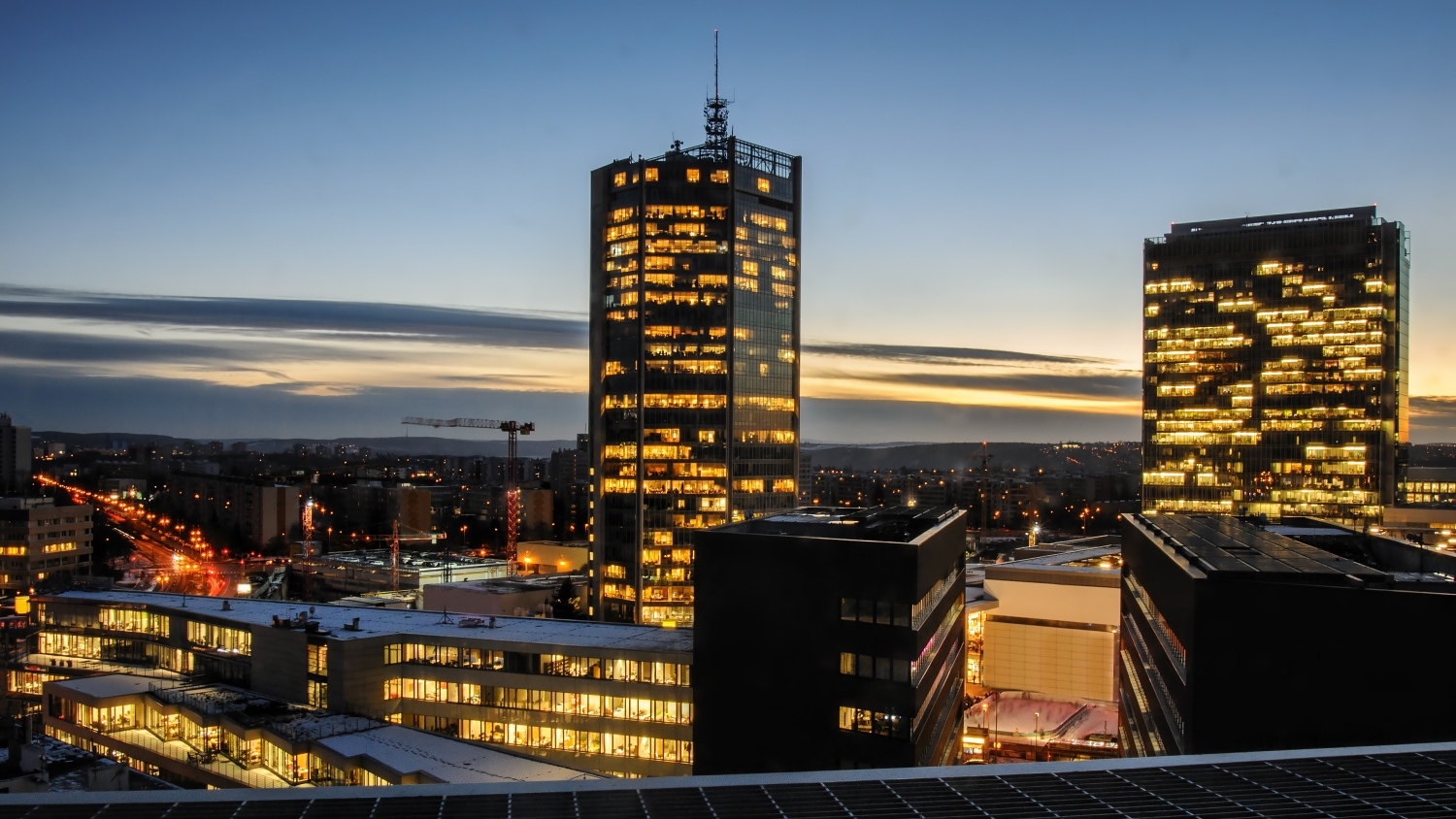 Colliers published a survey of the Prague office market for Q4 2021. It shows that the vacancy rate stopped rising last year due to weak construction and rents rose to a new high. The market with modern office space will not increase significantly even in 2022.


By the end of 2021, the modern office stock in Prague was approximately 3.73 million sqm. In line with expectations, just one office property was delivered during the final quarter of 2021. It was larger mixed-use project Viktoria Center in Prague 3, whose offices represent approximately 1,700 sqm. This completion brought the total new supply for 2021 to just 56,800 sqm, the lowest amount since 2016. For comparison, the average annual delivery for the past ten years is roughly 135,000 sqm. „This decline could be partly due to a shortage of workforce and materials during the pandemic but considering that it takes approximately 20-24 months to build an office project, it means the limited construction activity was triggered during the pre-crisis year of 2019,” explains Josef Stanko, an analyst at the consulting company Colliers.

The largest transaction during the last quarter happened in Prague 4 in BB Centrum, as part of IT security giant Thales DIS Czech Republic renegotiated their lease with a size of 4,400 sqm. Two other significant transactions happened in Prague 7 in the Port 7 project, currently under active construction, and whose tenants will be company Scott.Weber and insurance company DIRECT.

The vacancy rate of office space in Prague finally ceased to increase after two years. The vacancy rate at the end of Q4 2021, reached approximately 7.8 %, which represents approximately 292,700 sqm. It is roughly about 0.1 percentage point less compared to the previous quarter, but 1 percentage point more than in the previous year. The largest vacancy was recorded in Prague 4, 5 and 8, which are the most sought-after districts with the largest capacities. The majority of the total take-up targeted to these Prague’s districts whose final gross amount reached 105,900 sqm, which is the best result since Q4 2019. Annual gross take-up for 2021 reached 387,100 sqm and surpassed the result of 2020 by 16 %. „Over 36 % of this quarter’s volume represents new leases and a significant 10 % share represents transactions done on projects under construction. During the last quarter, we recorded 35 transactions of over 1,000 sqm, which is more than in any other quarter during 2021,” says Josef Stanko and adds, that a significantly larger share was also in the case of renegotiations.

Rents are rising across the whole Prague

The survey shows that the highest achievable rents in the best locations in Prague increased to a new maximum. „Developers of several projects are reporting dramatically increasing costs of materials which directly influence the headline rent. Current prime rents in the best projects range between €23.50 and €24.00 per sqm/per month,” says Josef Stanko a adds, that these levels will probably increase again, if some of the announced deals will be concluded. Inner-city projects, where rents are already relatively high, also increased slightly. The highest rents are in these locations between €16.00 to €18 00 per sqm per month. Rents in outer city locations remained stable within the range of €13.50 to €15.00 per sqm / per month, with the exception of the established office hubs like The Park in Prague 4 or other well-positioned projects.

Even in 2022, the modern office market will not improve significantly as some 76,300 sqm is planned and only if the developers will meet the delivery dates. In this context, there should therefore be a further slight decrease in vacancy throughout the year. „Occupiers in the process of searching for new offices or renegotiating their current lease, may not be stressed by rising rents. They can look forward to increasing levels of incentives. Some of the projects, especially those under construction, can offer a total amount resulting in the net effective rent being 15 to 25 % below headline levels,” concludes Josef Stanko.