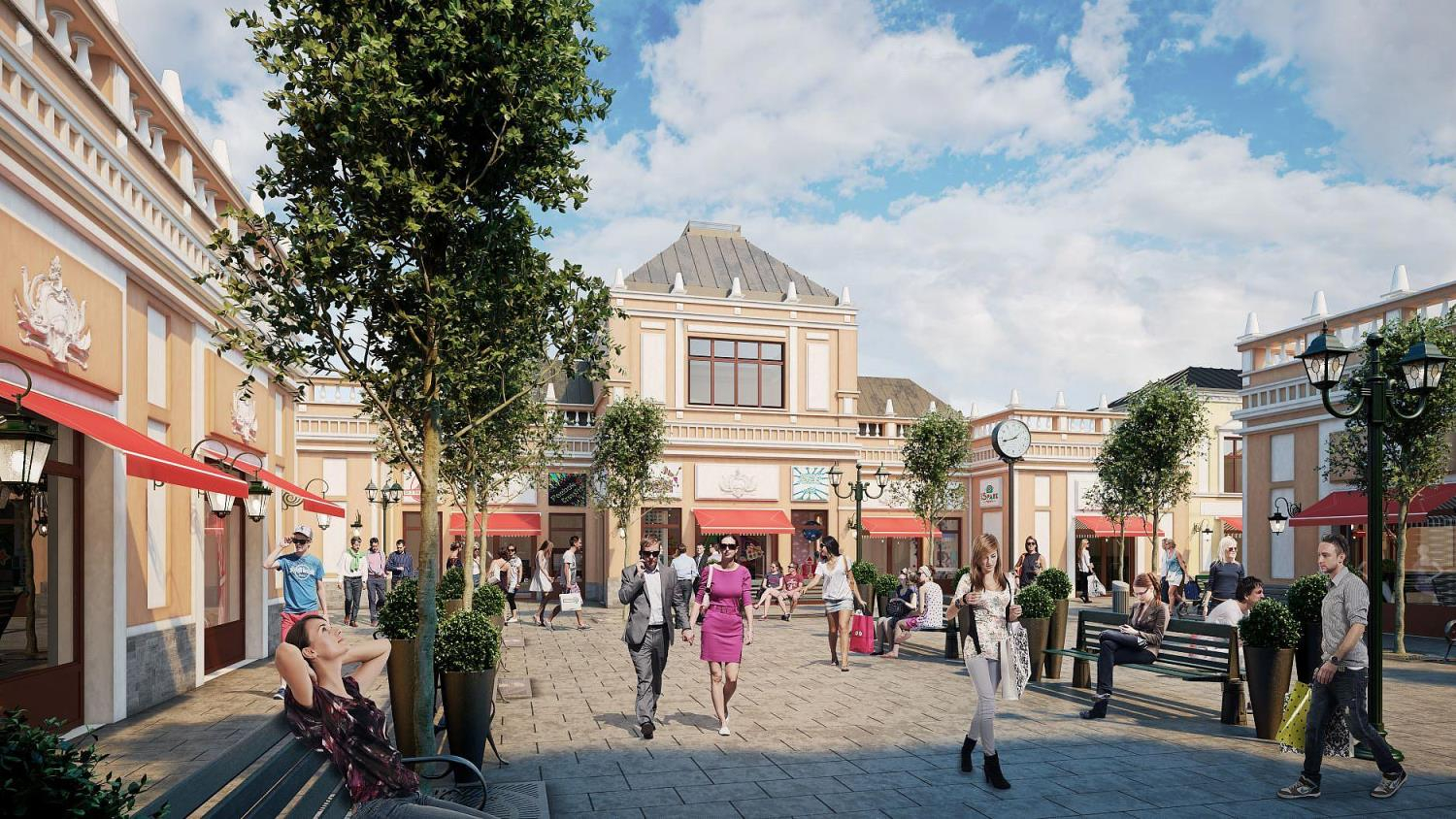 
Like almost all non-food retail businesses, outlet centres were particularly affected by the officially ordered closures during the COVID-19 pandemic. All sites had an almost complete shutdown. There were various attempts to establish a basic frequency with Click & Collect and thus enable the tenants to have at least a rudimentary business. Only, this fulfilled the already modest expectations in the fewest cases. On the other hand, after the end of the lockdown, the outlet centres are now being stormed by customers again. The Dutch daily press reported that even an obligatory corona-test when crossing the border could not keep German visitors from bargain hunting at the Designer Outlet Roermond and that they had to put up with waiting times of up to 4 hours on various days. From Great Britain, too, the outlets report a strong customer influx with - at the same time - a clearly pronounced intention to buy. The average purchase receipt at most locations is 25 to 35 % above the previously known benchmarks.

Since July 2020: increase in outlet space in Europe amounts to almost 8 football pitches

Thus, despite the forced breathing space, outlet centres in Europe continue to grow in terms of numbers and retail sales area. As the Wiesbaden-based research institute ecostra reports on the basis of its ongoing market monitoring, 4 outlet centres and a retail sales area of almost 55,000 sqm were added on balance in Europe in the past 12 months, so that the current stock has now risen to 192 centres with an aggregated sales area of around 3,153,000 sqm. The most significant new openings during this period were McArthurGlen's "West Midlands Designer Outlet" in Cannock (United Kingdom), Neinver's "Amsterdam The Style Outlets" in Haarlemmerliede (Netherlands) and Hines' "The Outlet Moscow Arkhangelskoe", located west of the Russian capital Moscow. Other new openings were reported from Spain, Romania and Latvia. In almost all European countries, existing centres were expanded in terms of space, converted or upgraded in terms of design.

Site closures in a market spoiled by success

Nevertheless, outlet centres do not always write success stories. For example, the "Zsar Outlet Center" in Virolahti, Finland, located directly on the border to Russia, was closed after less than 2 years of trading. "This property had leasing problems from the beginning. The debt burden and problems with follow-up financing then led to its closure in August 2020. We currently have no information as to how the buildings will now be re-used," ecostra’s Managing Director, Dr Joachim Will, reports. The "Occhiobello Outlet Center", located in the Italian Po valley on the motorway between Padua and Bologna, has also closed its doors for good in August 2020. Here, the already high intensity of competition among factory outlet centres in the regional environment has led to a lack of tenant demand for this centre. At least, in this case, there is an after-use concept: a home for senior citizens and a centre for medical services are now to move into the buildings. Will: "The infection control measures during the COVID-19 pandemic were not the cause of the failure of these properties, as both already had clearly recognisable problems beforehand. But the pandemic clearly once again accelerated the already foreseeable development."

Generally high demand for space. Pop-ups and short-term leases are sought after

Although some locations have problems in letting due to an intensely competitive situation, restrictions in the quality of the location or also conceptual deficits, it can generally be assumed that there is a strong demand from brand manufacturers for outlet stores. During the pandemic, this demand for space increased again. The high pressure on goods due to full warehouses, the seasonal nature of the goods and the increasing importance of outlets as a distribution channel for manufacturers contributed to this. Will: "However, the brand manufacturers are also keeping a close eye on the cost situation in the outlets. According to the information we have, pop-up stores, in particular, are currently sought after, there is a certain reluctance to sign long-term leases and incentives play a not insignificant role in leasing talks."

Low activity on the transaction market

There is still little movement on the transaction market. Will: "Those who own a well-performing outlet centre still do not show any intention to sell. In this case, the purchase price does not play a special role. Top centres only come up for sale in very rare exceptional cases." As the Wiesbaden trade researchers have determined, outlet centres with a transaction volume of around € 770 million were traded in Europe in 2020, which is only slightly more than the already low value of the previous year. Moreover, almost 80% of this volume is attributable to a single transaction: the sale of Hammerson's 50% stake in VIA Outlets to the Dutch pension fund APG. APG, which had already invested in VIA Outlets, took over the Hammerson share except for a marginal residual amount and is now the sole owner of the 11 VIA Outlet Centres in 9 different European countries. No revival of the transaction activity in the European outlet market is to be expected in the foreseeable future either. Will: "So far, not a single transaction has been reported to us from the entire first half of 2021."