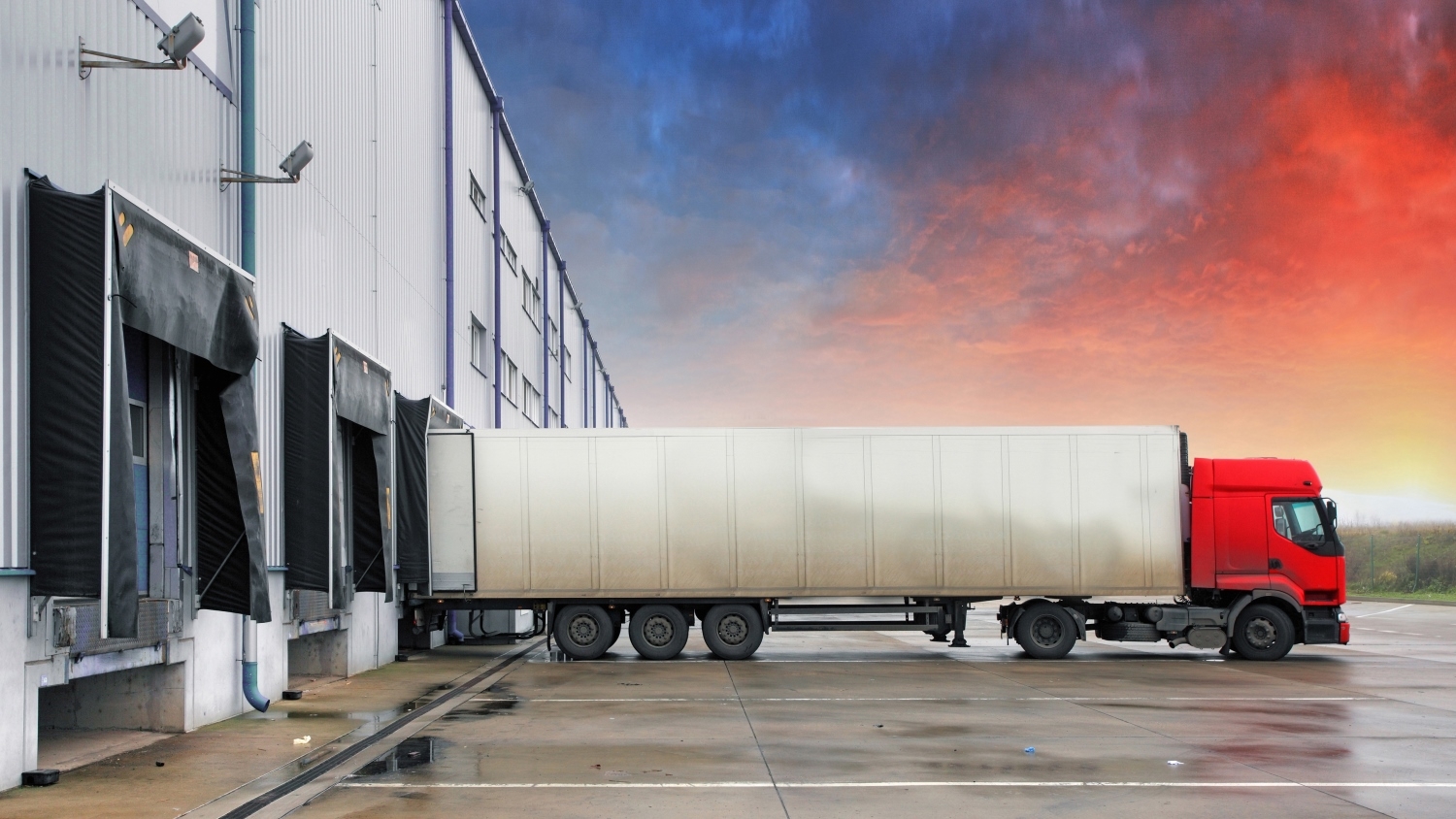 In the fourth quarter of 2017, six buildings with a combined size of 62,750 sqm were added to the Budapest industrial stock. Four new schemes were handed over: a 16,050 sqm BTS scheme on the area of CTP Biatorbágy, a 14,250 sqm warehouse in East Gate Business Park, an 8,400 sqm BTS building in Budapest Airport Business Park and a 7,000 sqm warehouse in Budapest Dock Szabadkikötő. Furthermore, two existing buildings were included in the stock due to adequate quality and occupational status; the 8,550 sqm warehouse component of Logicor’s Fehérakác property and the 8,500 sqm Promesa Warehouse in Dunakeszi. 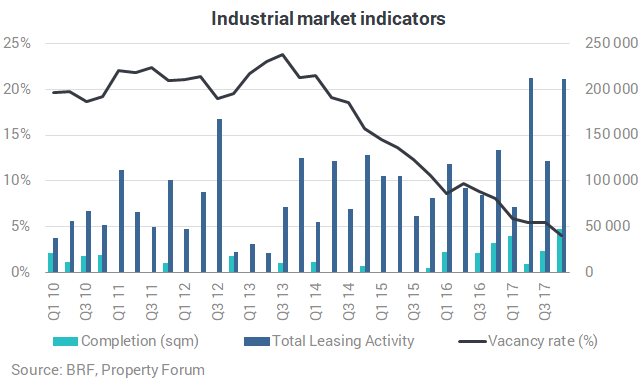 The total modern industrial stock in Budapest and its surroundings stood at 2,043,220 sqm at the end of Q4 2017.
Total demand amounted to 211,250 sqm in Q4 2017, marking a 58% increase over the figure noted in the same period of the previous year. Lease renewals stood for 37% of the quarterly volume, while the share of new leases was 23%. Two pre-leases were signed during the quarter for BTS developments totalling 81,050 sqm, representing 38% of total demand, and expansions accounted for the remaining 2% of leasing activity. 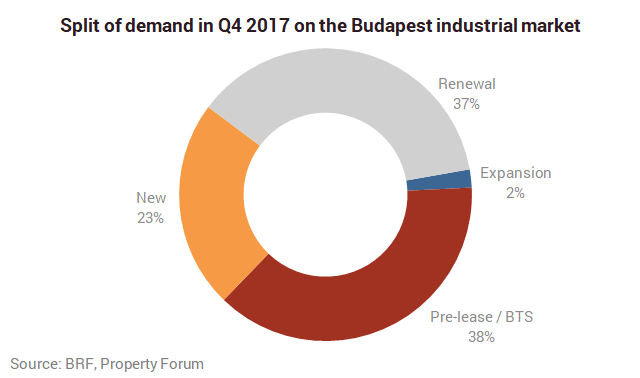 29 leasing transactions were recorded in the fourth quarter, out of which six agreements were signed for more than 10,000 sqm. These deals accounted for 69% of all leased area. The average transaction size was 7,280 sqm during the quarter and the median amounted to 2,270 sqm, reflecting a distribution skewed towards a handful of dominant deals.
As much as 96% of all leasing activity was recorded in logistics parks, with only two deals signed in city logistics schemes – an 8,550 sqm new lease and an 860 sqm expansion.
The largest transaction of the quarter was a 64,400 sqm pre-lease at Üllő Airport Logistics Center, which was coupled with another 16,650 sqm pre-lease in the same park. The largest renewal amounted to 28,590 sqm and was signed in Prologis Park Budapest – Batta. 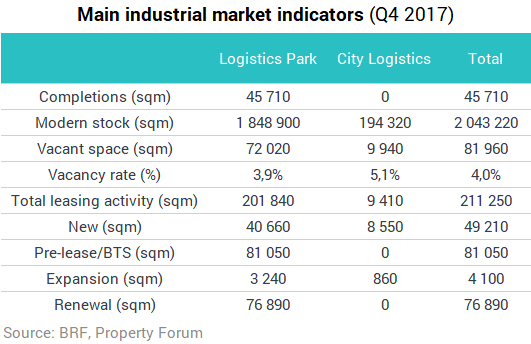 The vacancy rate dropped to a new record low of 4% by the end of the fourth quarter. A total of 81,960 sqm is currently vacant, and there are only three existing schemes with more than 5,000 sqm of available warehouse space.
Net absorption totalled 73,650 sqm during the quarter, which is the highest figure since 2009.
The Budapest Research Forum (BRF) comprises CBRE, Colliers International, Cushman & Wakefield, Eston International, JLL and Robertson Hungary.