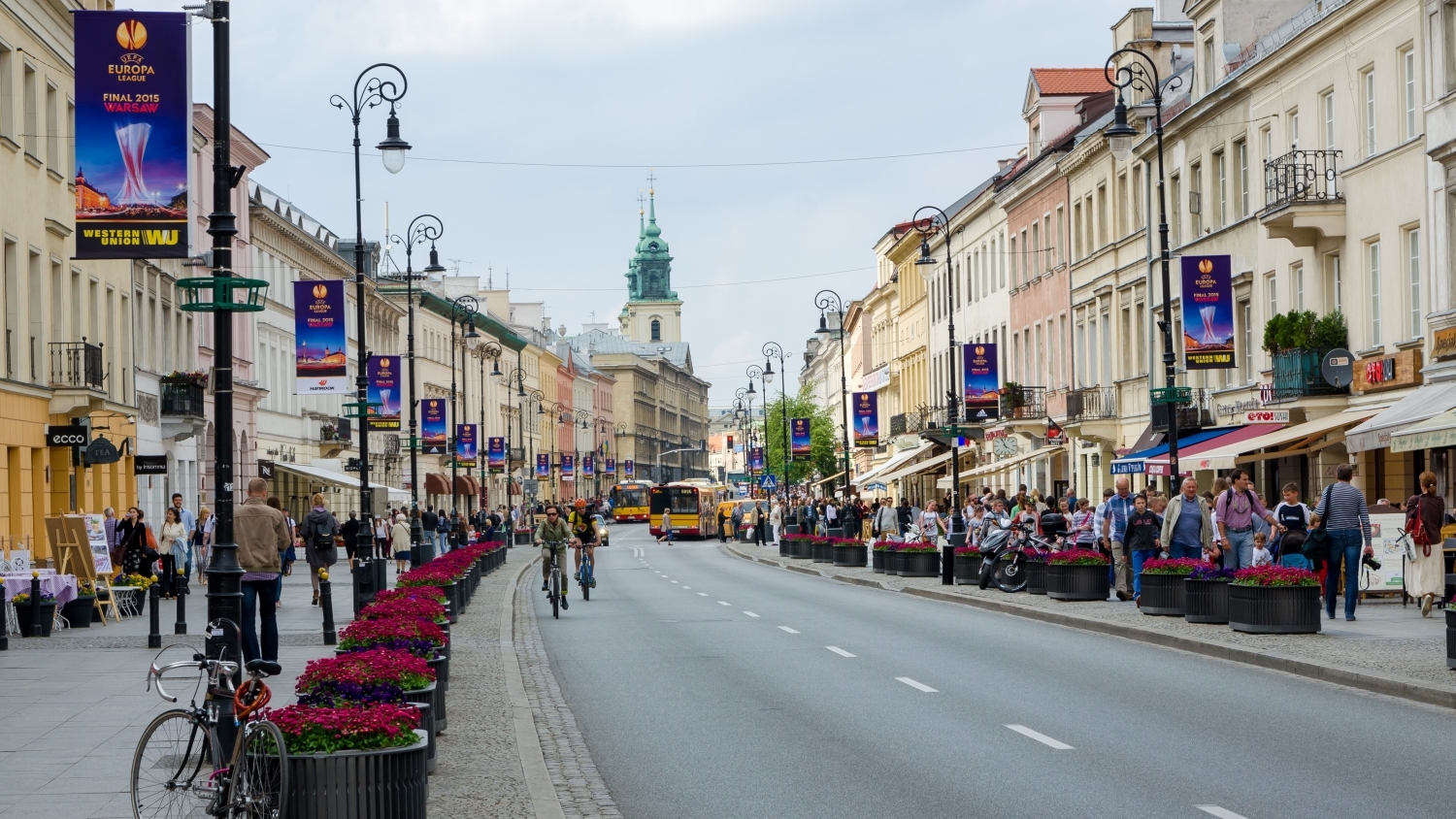 JLL and the city of Warsaw will begin a cooperation to establish a development strategy for downtown trade, highlighting places with the greatest potential for creating new shopping locations as well as increasing the attractiveness of high streets for both potential tenants and customers. JLL already has a similar experience in this field - experts from the company are responsible for management of the Regent Street in London.

“This activity is part of a wider strategy aimed at renewing the centre of Warsaw, and making the area a welcoming location that encourages diverse lifestyles and that has a wide range of amenities. The changes will be accompanied by investments in the improvement of the quality and aesthetics of public spaces”, says Michał Olszewski, the Deputy Mayor of Warsaw, and adds. “At the same time, we are also operating on the other bank of the Vistula River. We have just launched public consultations regarding high streets in Praga”.
In this partnership, experts from JLL will conduct three studies. The first will ask consumers about their perception of downtown trade and an area in the city centre highlighted by JLL. JLL will ask the second target group, consisting of retailers - potential tenants, about what changes they would like to see on the high street and identify any potential hurdles in this process. The aim of the third analysis will be to count the number of pedestrians (footfall) in the study area, and observe how they use the space. This will be followed by specific recommendations to increase the attractiveness of the capital's high streets.
“In Warsaw, the retail market has been largely dominated by shopping centres where the most popular brands establish shops. Meanwhile, in other cities across Europe and further afield, flagship locations for stores are in high streets, which attract both residents and tourists and serve as a showcase for their respective cities. Therefore, we want to look at points on the capital’s map that would have the greatest potential to become prime shopping locations. We will also check what can be done in terms of the property policy and public space management so that the high streets in Warsaw attract both well-known retailers, which want to highlight their presence outside shopping centres and local tenants. This combination would contribute to a unique retail mix in the centre of Warsaw”, says Jan Jakub Zombirt, Associate Director at Strategic Consulting at JLL.
An analysis of Warsaw residents' shopping preferences and the potential of individual commercial areas in Warsaw will allow us to create high streets that could serve as a viable alternative to shopping centres. This is the case in Barcelona, where next to the highly successful Corte Ingles, located at Plaça de Catalunya, there is Passeig de Gracia – a street that is very successful in attracting both residents and tourists. Furthermore, in Vienna, the most famous and prestigious shopping area is between the Kohlmarkt Strasse, Hofburg Imperial Palace and Graben and Kärntner Strasse.
“In recent years, we have recognized that some brands have withdrawn from high streets, which are increasingly seen as locations for restaurants and bars. In order to counter the contraction of the retail proposition, a new, coordinated urban policy is required. Fortunately, the city authorities have recognized this and are now taking steps to remedy the situation. High streets on foreign markets are vital retail locations, and I see no reason why Warsaw cannot adopt a similar policy”, adds Anna Wysocka, Head of Retail Agency at JLL.