Inflation pressures to ease going into 2022 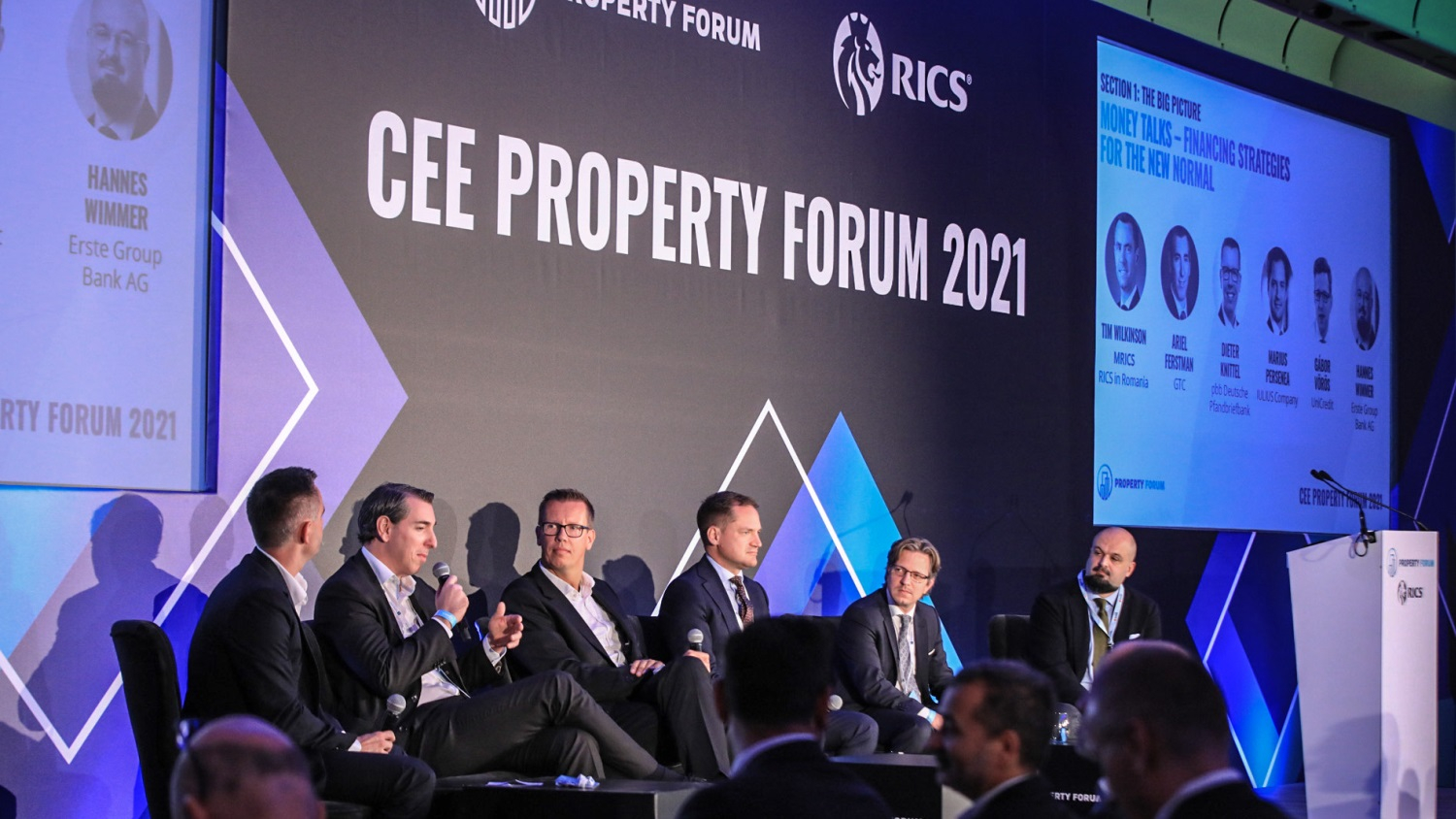 The high inflation rate that averages at 5% across Central and Eastern Europe and its impact on the property sector was debated during the financing panel of CEE Property Forum 2021, Property Forum's first real-life event back in Vienna since 2019 which was attended by over 400 people coming from countries all over the region and beyond.


Inflation could impact rental levels and is a cost risk for companies, according to Tim Wilkinson MRICS, Chairman of RICS in Romania, who moderated the panel. He outlined some of the economic and financial risks that property players need to be aware of.

Inflation is a temporary issue that will correct itself, suggested Ariel Ferstman, Chief Financial Officer of GTC. He added that financing is not a major risk for property development. Instead, companies have more pressing challenges due to a shortage of labour and higher construction costs.

Dieter Knittel, Head of CEE at pbb Deutsche Pfandbriefbank, added that inflation will go down again, while banks are providing financing like they did 2 years ago. He pointed out that if a developer can provide 40% of the equity for a project, there will be several banks interested in financing the investment.

We are seeing a spike in inflation, but it’s understandable considering what has been happening for the past months, said Marius Persenea, Chief Operating Officer at IULIUS Company. He estimated that within one to three quarters, production will align with demand and prices will go down for products that have faced supply issues.

Gábor Vörös, Managing Director, Head of CEE Real Estate Financing at UniCredit, noted that the inflation rate is under control and temporary, adding that it shouldn’t be treated as an enemy of the economy. According to him, banks are liquid and open to finance property development and investment projects done by professionals.

In the recent period we are witnessing increasing interaction between developers and potential tenants, which is shaping the projects of the future alongside the plans to cut carbon emissions, said Hannes Wimmer, Executive Director, Loan Syndication at Erste Group Bank AG. Speaking about sustainability in real estate, Wimmer explained that sales of green bonds are successful and there is still room for significant growth in this field.