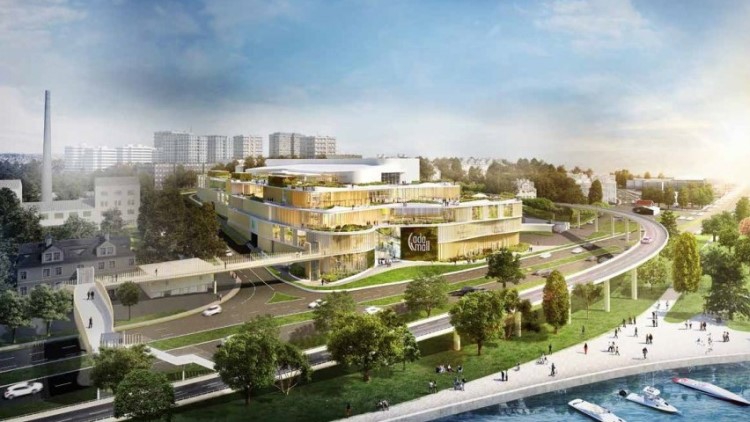 According to CEO Thomas Kurzmann the first half of 2017 was dedicated to advance planning and permitting on development pipeline projects as well as acquisition of enew office locations in the fastest growing office markets of Budapest, Bucharest and Sofia. GTC published its financial results for H1 2017.

Rental and service revenues increased to €58 million in from €55 million in H1 2016, reflecting the completion of University Business Park B and FortyOne II in 2016 as well as FortyOne III in 2017 as well as acquisition of Premium Point and Premium Plaza in Bucharest, Sterlinga Business Center in Łódź and Neptun Office Center in Gdańsk.
Net profit from development revaluation and impairment grew to €51 million as compared to €24 million in H1 2016, reflecting progress in the construction of Galeria Północna and completion of FortyOne III as well as revaluation gain on Galleria Stara Zagora combined with value appreciation of income generating assets following an improvement in their operating results (mostly Galeria Jurajska, FortyOne III and University Business Park B).
Net profit reached €60 million 2016 compared to €35 million in H1 2016 mostly on revaluation gain.
Portfolio update
“The first half of 2017 was dedicated to advance planning and permitting on our development pipeline projects as well as acquisition of excellent new office locations in the fastest growing office markets of Budapest, Bucharest and Sofia. The opening of Galeria Północna in Q3 2017 will more than double the value of GTC's income producing retail portfolio. More completions in Budapest and Belgrade planned for 2018 will further strengthen our yielding retail and office portfolios and contribute significant to rent income and NAV growth. As a result we have today 5 projects under construction and 8 projects in the planning stage, they will boost our income generating portfolio by 0,4 million sqm GLA from 2017 to 2020” said Thomas Kurzmann, GTC’s CEO.
“Thanks to the expansion of the company’s operations and development we secured long term financing through new bonds and refinancing activity. We continue to take advantage of the current low interest levels to significantly improve the costs of our debt, while optimizing the leverage ratio” commented Erez Boniel, GTC’s CFO. “Additionally, growing activity and improving results allowed us to pay dividend in Q2, which is another milestone in our growth momentum” he added.