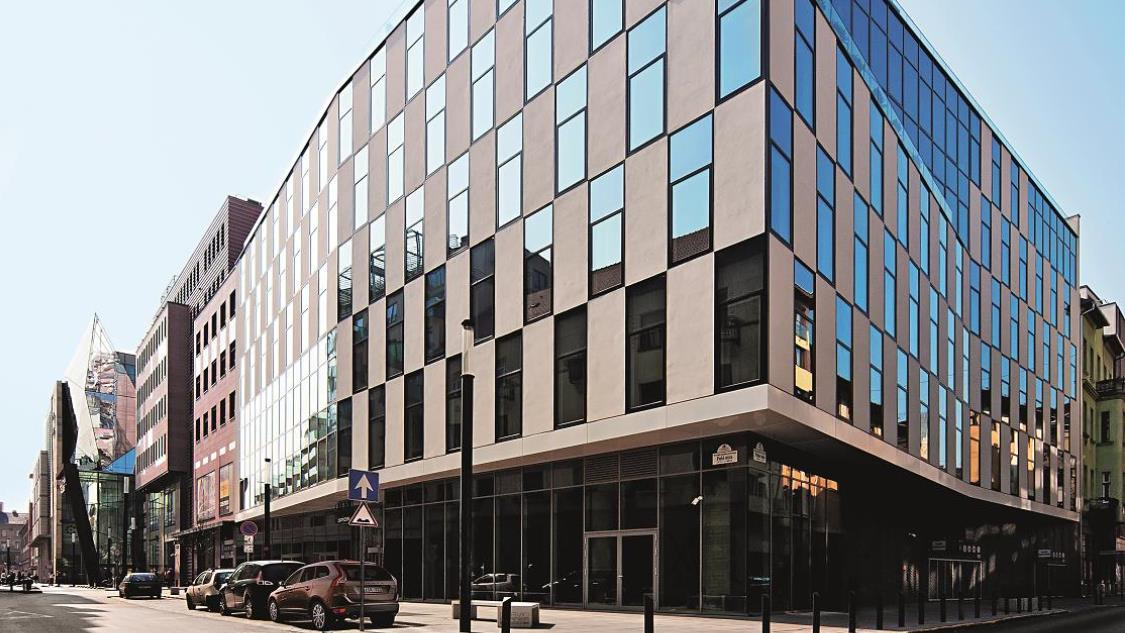 Futureal Group has sold its portfolio of Corvin office buildings to real estate funds managed by OTP Real Estate Investment Fund Management. The recently closed transaction involves all of the operating office buildings built as part of Corvin Promenade, as well as two currently being constructed. The total of eight Class A buildings offer a combined GLA of nearly 80,000 square meters.

Corvin ONE was built in the first construction phase of the Corvin Promenade and opened in 2008. This building was the start of the largest ever office development project in the city centre, the Corvin Quarter. Corvin Towers was realized in the second phase of the office development project. The complex features four Class A towers. The next building was Corvin Corner that combines the highest quality with efficient business operations. These office buildings were purchased by OTP Real Estate Investment Fund. Corvin One, Corvin Towers and Corvin Corner all have balanced long-term tenant mixes and are fully occupied. JLL, a global real estate services firm provided transaction advisory services to Futureal during the transaction process of the Corvin office buildings.
At the beginning of 2017 OTP Real Estate Investment Fund Management, a leading player in the Hungarian property investment market has launched its OTP PRIME Real Estate Investment Fund, which aims to invest in Class A properties. In April 2017, the fund has acquired Futureal Group’s 25,000 square meters Skypark office building development, the first element of the eastern closing block of Corvin Promenade. Skypark achieved BREEAM Very Good certification. The OTP PRIME Real Estate Investment Fund has also entered a preliminary agreement to purchase Corvin Technology Park, currently being constructed adjacent to the Skypark building. Futureal Group is focused on prime real estate projects and will continue developing the Corvin Technology Park office building, as well as the project known as “Corvin 7”.
“This transaction is a significant milestone in the development of Futureal Group and in the 15-year-old history of Corvin Promenade. The promenade, a symbol of Budapest’s development continues to act as a bridge between the successful past and promising future of our group. We are certain that the Corvin Offices are in competent hands and the agreement now concluded will further strengthen our excellent professional relationship with OTP Group. The resources released will provide a solid basis for further development of Futureal Group. Over the years the company has become a leading real estate developer and investor in Central and Eastern Europe. Currently we are managing over 30 projects simultaneously, with a total value of €1 billion and a gross area of over 700,000 square meters,” said Gábor Futó, Founder of Futureal Group.

Gábor Futó co-founded Futureal group with his father, Péter Futó after returning from his studies at Harvard University 15 years ago. Futureal is currently active in 5 countries: Hungary, Poland, Romania, Germany and the USA with co-investment exposure to several other countries. Under his leadership, Futureal has become one of the top 20 developers in Europe with finished projects of 900 million Euros. Since 2003, Futureal has grown its project pipeline 100 folds from 15 million Euros to 1.5 billion Euros and its professional head-count from 2 to 170. Futureal has sold properties worth 600 million Euros, entered into several joint ventures with leading institutional and private investors and has received numerous awards for its projects. Futureal develops Corvin Promenade, the largest urban regeneration project in CEE, several office and shopping center projects in Hungary, Poland and Romania and has also founded a residential subsidiary, Cordia, which has become Hungary’s market leading residential developer and has also entered the Polish and Romanian markets. Gábor Futó was previously chairman and co-founder of Finext Fund Management Ltd., an independent specialty fund management business. The company issued Hungary’s best performing real estate fund, the first stock exchange listed property fund and has issued the first endowment fund in Hungary, which has become one of the best performing funds of the last 7 years. Gábor Futó is a board member and co-owner of Finext Startup Venture Capital Fund Management Ltd., the successor of IBH Ltd., a Hungarian private equity company involved in buyout and investment deals, where Gábor Futó was previously CEO. Previous gold medalist of the International Mathematical Olympiad, Gábor Futó received his MSc in Mathematics from Eötvös Loránd University, Budapest in 1999, his MBA from London Business School – BUES Program and has been visiting fellow in 1998, 2000 and 2001 at Harvard University (Economics PhD Program) and Harvard Business School (MBA Program).  More »
“Due to its ongoing balanced performance and stable returns, the OTP Real Estate Investment Fund is very popular with investors, and there’s a constant stream of new capital that we invest in high-quality real estate that will keep its value for the long. The OTP Real Estate Investment Fund’s net asset value increased dynamically over the last year, to almost HUF 380 billion, up by HUF 170 billion,” said Zsolt Perlaky, Director of Real Estate Management at OTP Real Estate Investment Fund Management Ltd.