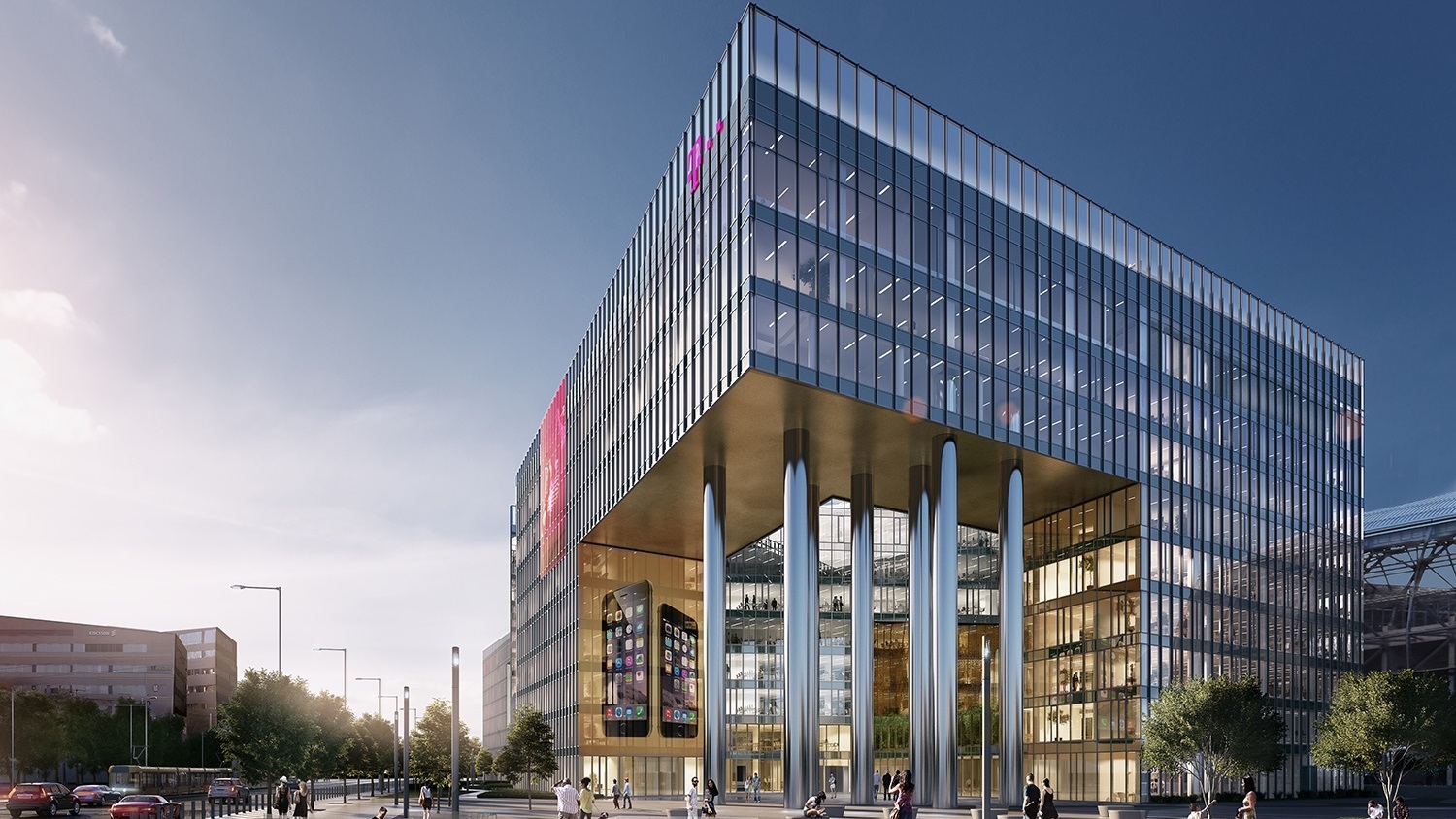 The foundation stone for the new Magyar Telekom Headquarters has been laid in Budapest on 15 November. The 58,000 sqm office building is expected to be completed in the second half of 2015 and will be leased by Magyar Telekom for at least 15 years. Upon completion it will become the largest single-block office building in Hungary.

The 58,000 sqm Magyar Telekom headquarters building, which will be a defining feature of the Budapest cityscape and is currently under construction on the Könyves Kálmán ring road, is being built with sustainability in mind. The building will have a fitness and wellness centre on the top floor, with a 200-metre outdoor running track, as well as an internal park. The building will also house an underground car park with 1,350 spaces and secure storage for over 300 bicycles, as well as a conference hall with capacity for 300 people. Apart from the areas leased by Telekom, an additional 4000 square metres will be available for letting on the open market. The project, which is scheduled for completion at the end of 2018, will create jobs for some 1000 people. The headquarters building will be completed in the second half of 2018, and the lease agreement with Magyar Telekom has a term of 15 years. The consortium of banks financing the project consists of UniCredit Bank Hungary and K&H Bank. The architectural designs for the headquarters building were made by TIBA Architectural Studio, and the construction work is being carried out by Market Építő.