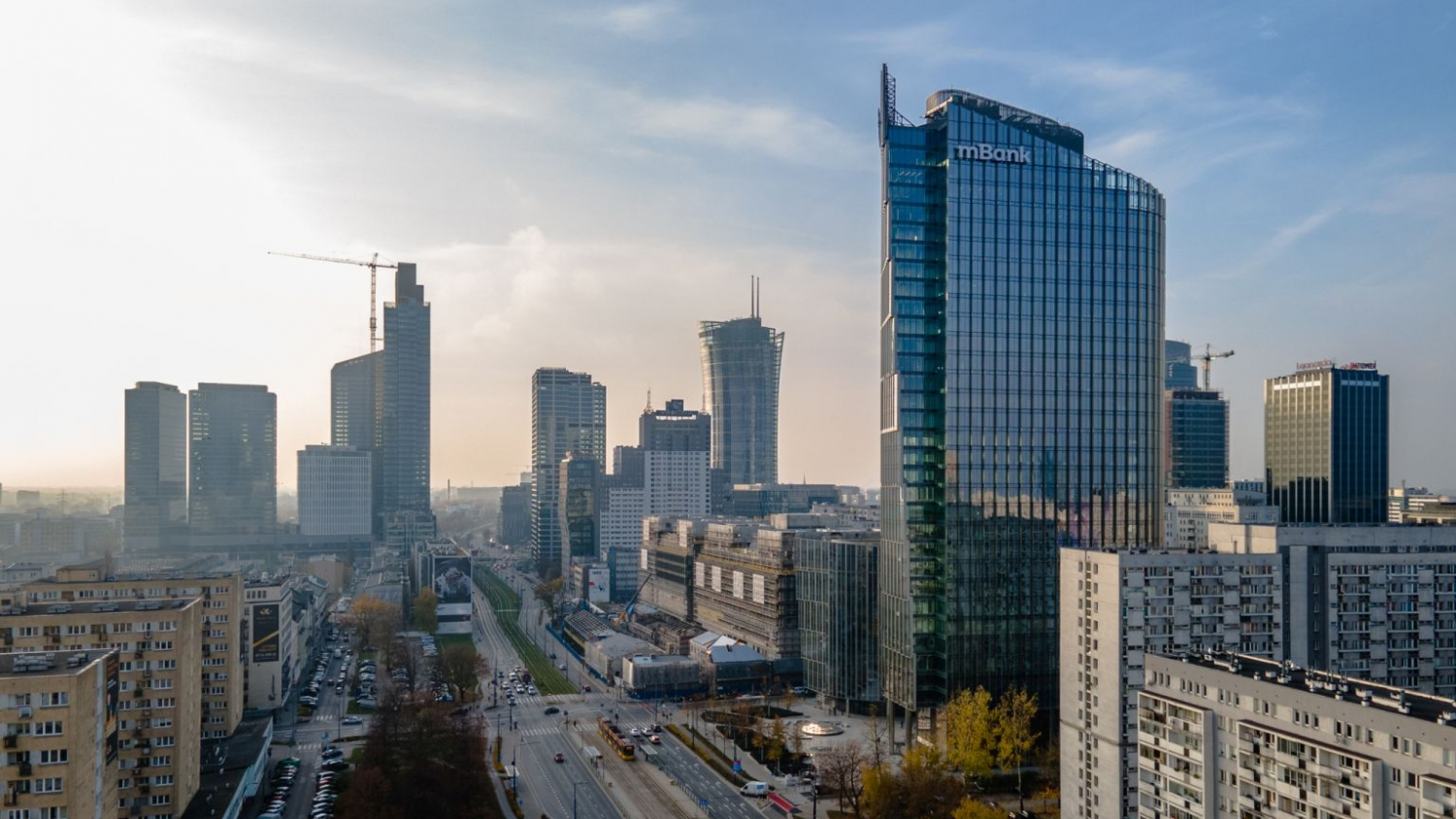 Final interior construction works are now being carried out in the high-rise, which opened at the beginning of November this year, with the general contractor handing over the common areas. At the same time, GGH is in talks to sell Mennica Legacy Tower.


Less than a month after obtaining a valid occupancy permit, the first stage of mBank’s move to Mennica Legacy Tower was completed. The opening of Zdrofit fitness club is planned for January 2021. Next, in March 2021, the Meet&Eat restaurant concept will also open its premises in the building. Then the entire process of tenants' relocations to Mennica Legacy Tower will be completed. In the coming weeks, a sculpture will also be installed in the public plaza located in front of and between the buildings of the complex. As part of the investment, a completely new section of Waliców Street (between Prosta and Pereca Streets) has been created in the vicinity of the skyscraper.

Cezary Jarząbek, Founder and CEO of GGH, said: “Mennica Legacy Tower is one of the most modern office complexes not just in Poland but also in Europe. It stands out because of its high quality, the state-of-the-art technological solutions and a great location in downtown Warsaw. Our investment also has attracted an excellent portfolio of tenants, secured by long-term leases. In the coming months, we will continue the fitout works in the complex in accordance with the schedule and coordinate tenants' move to all leased space with completion of this process in March 2021, which will conclude the construction process of the Mennica Legacy Tower complex.

In November, GGH ended its negotiations to sells its 50% to Mennica Polska. Due to, among other things, the lack of adequate security for the payments under a proposed instalment purchase. Without satisfactory security for the payment of the instalment of the purchase price to protect shareholder and bondholder investment in the project, we were unable to complete the proposed transaction. Upon completion of the project in March 2021, we anticipate being able to the building under improving market conditions and without installment payment. Then we will repay all our obligations towards the bondholders.”

The Mennica Legacy Tower office complex, with an area of 65,963 sqm, is composed of the 140-metre-tall Tower and the neighbouring 43-metre-tall Western Building, which was delivered in November 2019. Its exclusive office tenant is the world leader in coworking space, WeWork. The WeWork offices at Mennica Legacy Tower are the largest “flexible space” to let in the entire CEE region. The retail and service spaces of the building will also house mBank’s flagship branch, a Carrefour minimarket, and a Gorąco Polecam bakery.

The architectural design of Mennica Legacy Tower was delivered by the renowned architecture studio Goettsch Partners from Chicago, which chose the esteemed studio Epstein to be its local partner. The project complies with the requirements of BREEAM international environmental certification standards at the Outstanding level. The general contractor of the investment is Warbud S.A.