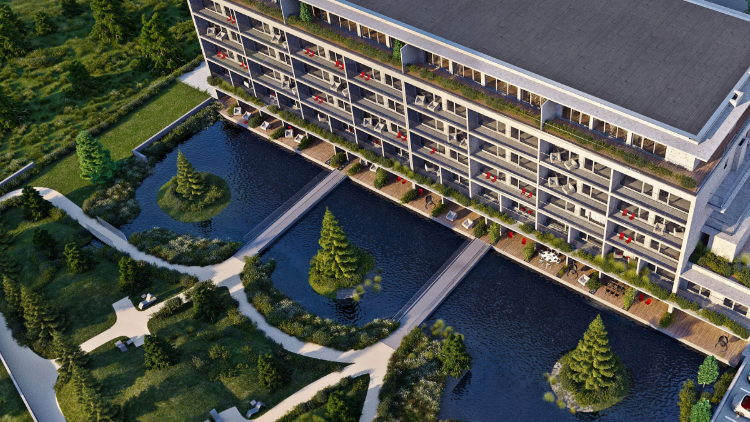 Investment group DRFG has started to build a new apartment complex in Mladá Boleslav in Michalovice. As part of the project, called Green, an apartment building with more than a hundred apartments, garages and a large garden with a water reservoir will be built within two years. The market value of the project is CZK 634.6 million (€25.9 million), according to DRFG spokeswoman Monika Brichtová.


DRFG Investment Group, which has been active in the Czech market since 2012, has started construction of a new residential complex Green on the outskirts of Mladá Boleslav in the village of Michalovice (less than 70 km north of Prague). In the neighbourhood of the 18-hole Sand Martin's Holes golf course, an apartment building with six above-ground and one underground floor will be built within two years.

The project will include 105 units ranging from small studios to large family and luxury apartments. The new residential project will offer oversized garages and electric car charging.

The total land area for the project with a market value of €25.9 million is 11,000 sqm. A part of the private garden with water elements and barbecue areas will be 2,000 sqm. The entire building of the apartment complex is structurally designed in energy standard "A". The completion date is scheduled for 2024.