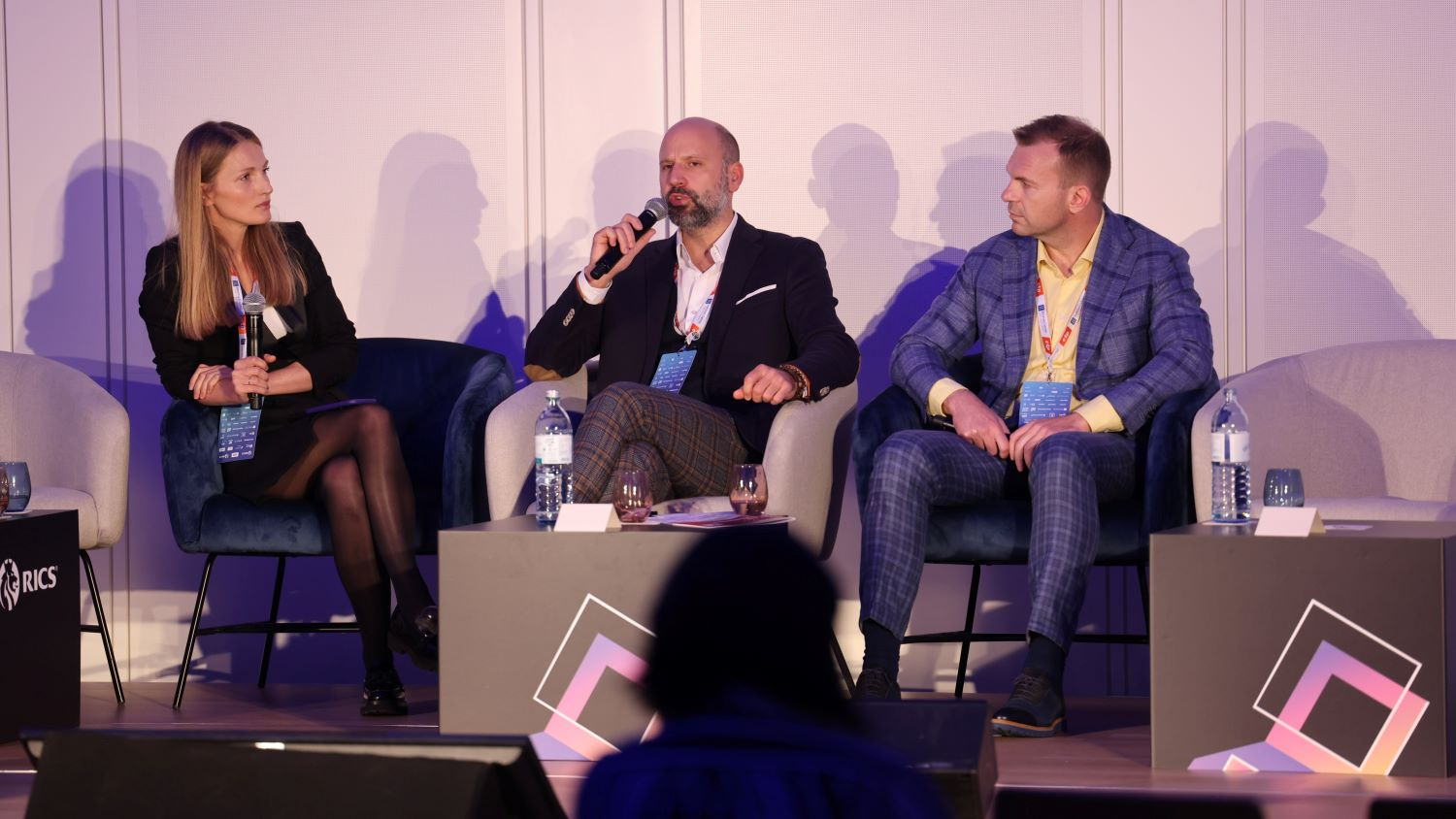 There are already a lot of long-term plans for rebuilding the country and revitalizing its cities, but businesses face day-to-day challenges. The office market suffered the most but retail is relatively healthy in the Western part of the country, experts informed at a special panel dedicated to the future rebuilding of Ukraine at CEE Property Forum 2022 in Vienna.


Chair of the panel Anna Nestulia, Principal, Invest in Projects gave a quick overview of the current situation in all major CRE segments noting that investors are in a wait-and-see position before they decide on any kind of investments. She added that to encourage local firms to start new residential projects a new mortgage lending program is to be launched in October. Downpayment for borrowers will be less than 20 per cent, which is far lower than before, she said. Approximately 45 m sqm of homes have been lost so far from February.

Roman Yemets, General Director, of Smart Urban Solutions said that it is better to say the Ukrainians want to build a new Ukraine instead of rebuilding the old one. He spoke about two new multifunctional buildings developed by local companies. One is managed by his firm in the wartorn city of Kremenchuk where they want to build a retail centre that offers 22,000 sqm of GLA. The other one is to be built in the capital Kyiv offering 85,000 sqm GLA for office and retail units.

Two speakers were online as they were still in the army and the national guard. Igor Raikov, Founder & CEO, of Spilnota, a leading developer firm informed that the company had bought three large plots in a prestigious district in Kyiv to build residential complexes and a shopping centre just before the war began. Obtaining permits is underway but he decided to put the project on hold till next spring because of the war. His company is also planning to start a large residential project in Lviv.

The second speaker at large was Vitalii Boiko, CEO & Founder of NAI Ukraine spoke about the Ukrainians fleeing abroad. Ha said the country is waiting for their return especially because many of them are well-educated young people. They add to the ’army’ of Ukrainians already working in Western Europe. That army transferred €11 bn back home last year.

„We are delighted to get the tremendous amount of financial help from the EU and the international institutions but we need expertise more than money. Smart city projects are more than welcome. We badly need to rebuild our roads and seaports and have to have at least 2.5 m sqm of new logistics real estate space”, he said.

Iryna Shcolnik, Co-Founder & CEO of Forum Group described her company’s effort to revitalize 12 office buildings they have adding that the office sector suffered the most because of the war. Tenants are downsizing and trying to find cheaper office complexes often opting for ’B’ grade buildings abandoning ’A’ grades they are in at the moment. She urged foreign firms to help to remodel old industrial buildings across the country.

Experts, including Wolfgang Gomernik, CEO of DELTA Group & DELTA Ukraine were unanimous that the Western regions are in a relatively good position as they witness growing retail sales due to internal migration. Sales were 15-35% higher in the first half of this year compared to figures for 2021. The head of DELTA Group also said that international money has to be concentrated on energy security and ESG compliance. „We do not want to build shelters lasting for 3 to 4 years but intend to build modern facilities and residential units for 70 to 80 years”, he emphasized