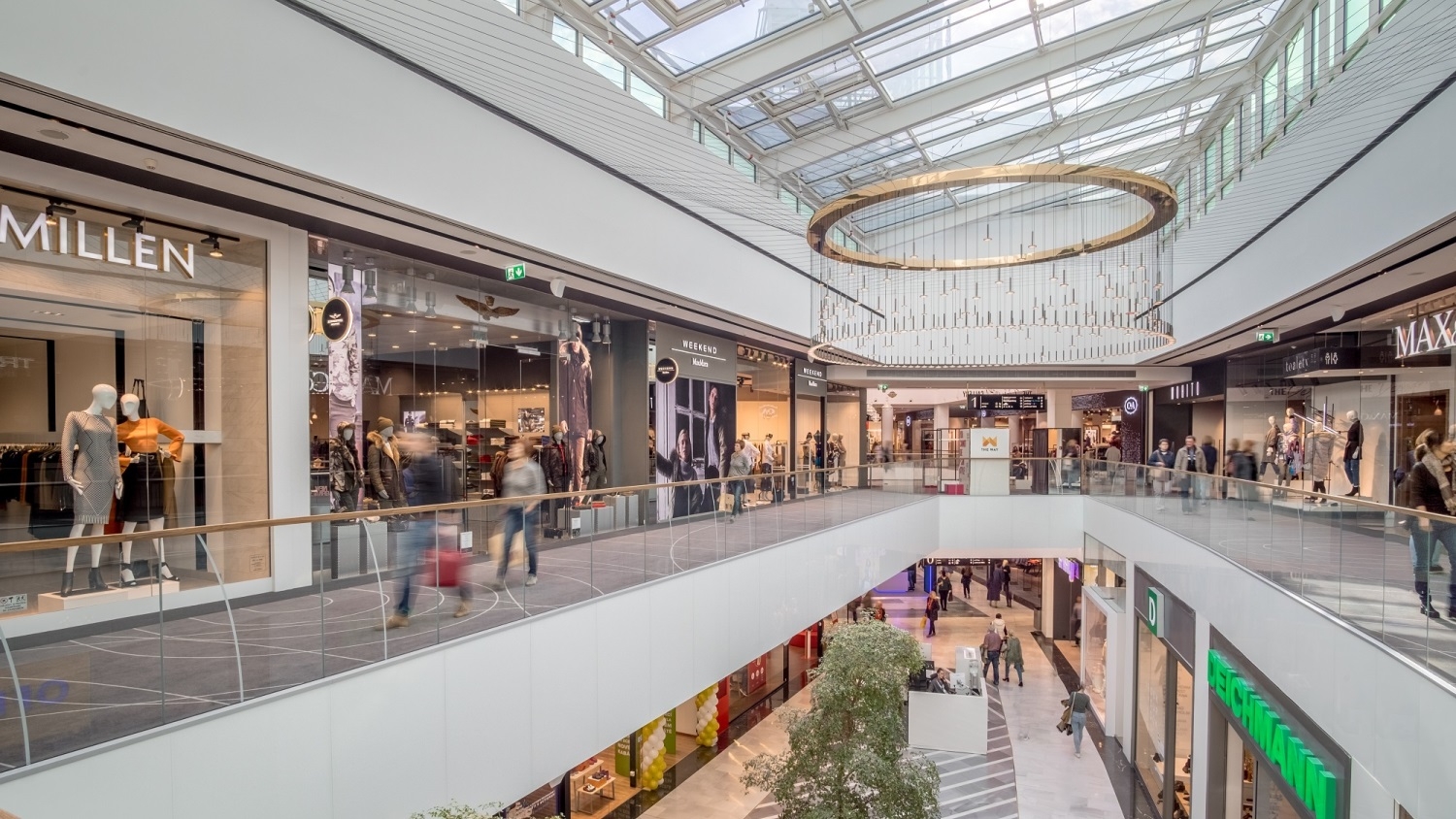 The total floorspace in shopping centres across Europe increased by 1.17 million sqm to 160.8 million sqm at the midpoint of 2017, according to Cushman & Wakefield. Since the beginning of 2017, a total of 57,850 sqm of new shopping centre space has been completed in the Czech Republic. The figure includes the extension of IGY České Budějovice by 9,250 sqm, an extension of the Chodov Centre by 35,000 sqm and the newly built Central Jablonec with a floor space of 13,600 sqm. This represents a 67% growth over the previous year. However, the market will deliver markedly less shopping centre space next year. According to current information, just one shopping centre will be completed – the Géčko in Ostrava. By contrast, several major projects will open after 2019.

“The experience with newly extended shopping centres shows that retailers’ interest persists and that filling new units is not a problem for quality schemes. We have also noted an increase in shopping centre turnovers and the related footfall. A prosperous economy has attracted entirely new brands to the market, for example Vapiano, Tezyo, Tous, Palmers, Boax and Kazar,” says Jan Kotrbáček, International Partner and Head of the CEE Retail Agency Team at Cushman & Wakefield.

Although just one new shopping centre will open and none of the existing ones will be extended next year, there is a strong pipeline of projects. Unless the completion dates are subject to major postponements, 2020 will be very strong in terms of newly completed shopping centres. Up to 126,000 sqm of new retail space is slated for completion in the Czech Republic. The centre of Prague will witness Savarin, the most important multi-purpose project to date intending to connect Wenceslas Square with the Na Příkopě and Jindřišská Streets. Its total retail area will exceed 35,000 sqm. The Letná SC will be completed, its completion being planned for 2019. In Brno, the Avion Shopping Park will be extended by approximately 14,000 sqm and the Královo Pole SC will be extended too. A comprehensive overhaul of Tesco Dornych will represent a major addition in Brno. Plzeň will add a new multi-purpose scheme along Americká Street, and Fabrika will be built in the centre of Zlín.
“Two directions dominate development. One is the ongoing trend of extending the existing, well-established shopping centres. The other trend will be building multi-purpose schemes in city centres, strengthening their historical importance and position. City centres have always been the places for social encounters, cultural and other major events. Mixed use projects, also known as multi-purpose schemes, will work as a catalyst in returning the original role to city centres. An example of such projects is the planned scheme along Americká Street in Plzeň, which will be one of the largest revitalisation projects in the city’s centre that is completely idle currently,” adds Jan Kotrbáček.
CEE leads the continent
In the first half of the year 825,000 sqm was delivered to the market in Central & Eastern Europe (CEE), compared with 344 ,00 sqm in Western Europe – although Western Europe still accounts for more than two-thirds (68%) of total built shopping centre space. In total, 34 new shopping centre projects were completed (representing 84% of new space added in H1), while 21 existing schemes were extended.
Turkey was by far the most active market, accounting for 48% (566,000 sqm) of all new European shopping centre space, followed by Russia with 186,000 sqm and Italy with 107,000 sqm of new space.
The half-yearly total added was 11% lower than the same period in 2016, with development activity affected by growing competition, changing consumer behaviour, and the growth of online retailing. A further 6.8 million sqm of space is currently under construction and expected to be completed by the end of 2018.
“Shopping centres are going through a period of significant transition as retail evolves. The focus now is more on creating an appealing, inspiring and experiential environment for the customer, which cannot be wholly replicated online. Landlords are responding by extending and redeveloping existing schemes and creating diverse tenant mixes based on the needs of local communities. Many schemes have introduced more socially-focused services and new technologies, while occupiers continue to test new concepts and formats,” says Jan Kotrbáček, International Partner and Head of the CEE Retail Agency Team at Cushman & Wakefield.