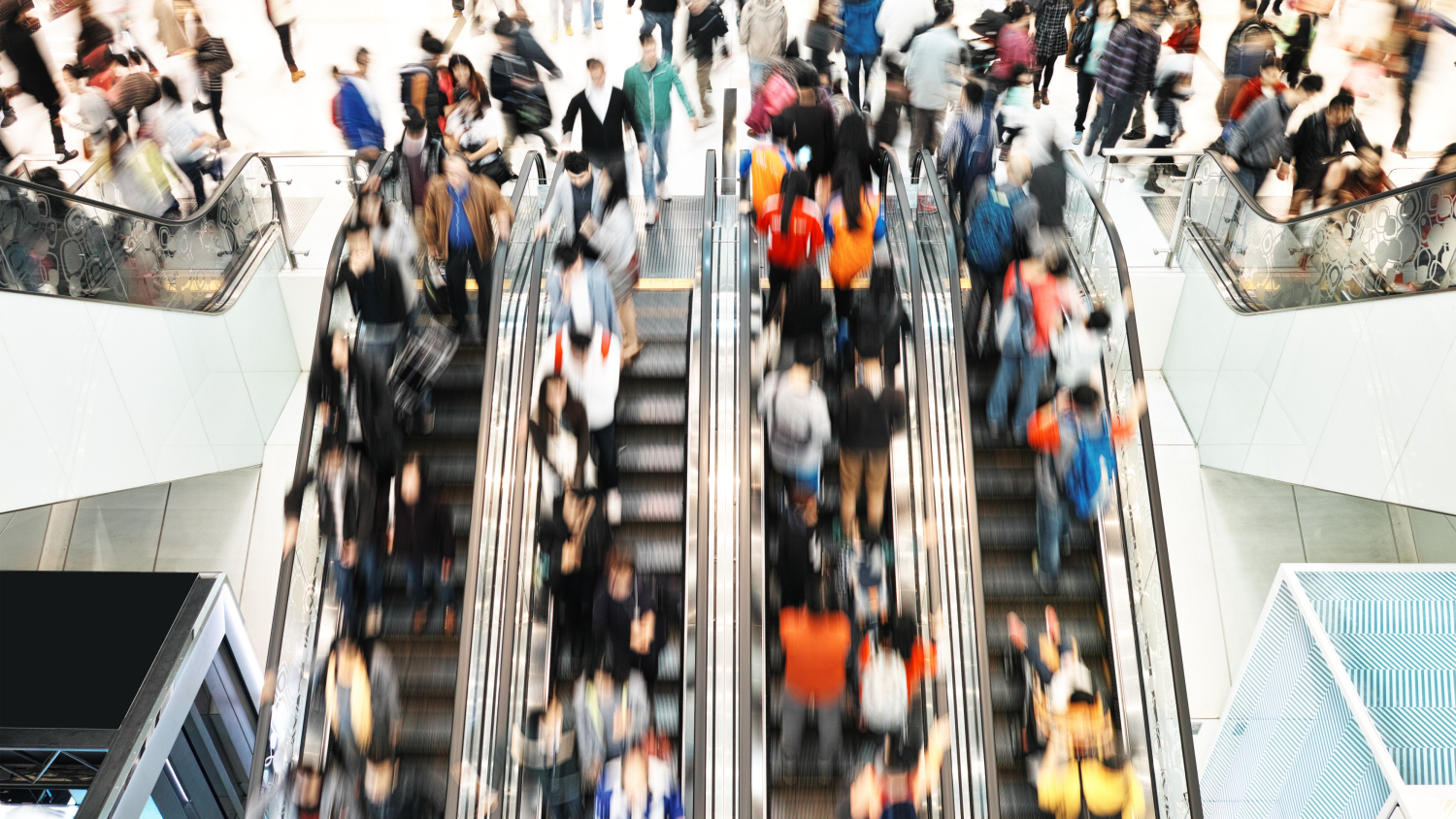 Czech shopping centre revenues for the first ten months of this year reached a similar level as they did in the same period of 2020. Since April, footfall has been consistently higher than last year. The number of new brands coming to the market has been the highest in the last three years, mostly in the fashion segment, according to Cushman & Wakefield.

The year 2021 was the second consecutive year when the retail segment had to tackle the impact of the restrictions brought about by the coronavirus pandemic. Even though the period was not easy for the market, retail fared well within the extent possible: monthly revenues in shopping centres since April have been much higher than in the preceding year and, from May on, comparable with the pre-crisis year 2019. The positive trend in footfall and turnover that was visible in shopping centres throughout the year has continued in its final months. Revenue in September was 11 per cent higher than in the same month last year, and as much as 67 per cent higher in October. The difference is attributable to last year’s restrictions in the retail segment, which were not reintroduced to such a massive extent in the comparable period this year. The revenue in the two aforementioned months stayed just shy of the figures from the pre-crisis year 2019: it was on average 6% lower in September and just about 1% lower in October. The findings are based on Cushman & Wakefield’s data on the performance of shopping centres in the Czech Republic from January to October this year (mostly smaller to medium-sized shopping centres in Czech regions).

The shopping basket: still bigger than before the pandemic

Compared with the summer months, the footfall in shopping centres increased in September and October, with the numbers of customers in October being 49 per cent higher than last year. However, even this was still lower than it used to be in the pre-pandemic times: in October, it was 13 per cent less than in 2019.

“When combined with a comparable revenue level, this means that the average shopping basket is still bigger than it was before the pandemic,” says Jan Kotrbáček, Partner & Head of CEE Retail Agency team, Cushman & Wakefield.

The total YTD revenue in October reached the same level as in January to October 2020. Footfall for the first ten months of this year was about four per cent below the figure for the same period last year. In comparison with the sum for January to October of the pre-crisis year 2019, the revenue for the first ten months this year was about one-quarter lower, and footfall was about one-third lower.

“Shopping centres on the outskirts of regional centres perform the best. Those in central Prague have achieved lower figures since they depend more on international tourists, who are still in short supply, same as shopping centres that are part of office schemes to which employees are yet to come back in full numbers,” adds Jan Kotrbáček.

Electronics, hypermarkets, and health and beauty in the lead

The most successful categories of goods in September and October were the same as they were right after reopening and during the summer: the highest turnover figures in those months are attributable to electronics retailers, hypermarkets, and health and beauty shops. These three segments have been posting higher sales than in the pre-crisis year consistently since May. By contrast, revenues for clothes and also in shopping centre restaurants and cafés are still below the 2019 levels due to the most severe impact of the restrictions on entry for the unvaccinated and the closure of food courts’ dining space.

Although the situation in retail was uncertain due to the coronavirus pandemic and the restrictions it brought, the number of brands that arrived on the Czech market this year was higher than in the previous years. As the case was in the past, many of them are in the fashion segment: for example, Anson’s recently opened a shop in the Westfield Chodov shopping centre; the brand is a Peek & Cloppenburg concept focusing on men’s fashion. There are newcomers in the luxury fashion segment as well with a Versace shop in Pařížská.

Value fashion is also in demand. Prague’s Galerie Harfa unveiled a HalfPrice shop that sells premium brand clothes at affordable prices, and Primark opened its first and biggest high street shop in Central and Eastern Europe in Wenceslas Square this year. In general, the lower-cost goods segment – clothes and fashion and household accessories such as Pepco, Action and Tedi – is expanding from the retail parks, which used to be its primary domain, into shopping centres.

Trends also confirm the diversification of the functions of shopping centres, to which people come for shopping as well as for leisure and entertainment. Several brands in this segment arrived on the Czech market this year, including Cinemax, originally a Slovak multiplex cinema concept that newly opened in the Olympia Olomouc shopping centre, the German-based Clever Fit fitness centre in Prague’s Kotva Department Store and UK’s OneGym in the Parkview office scheme, Polish children’s playroom Leopark in Centrum Černý Most, and Majaland, the largest indoor entertainment park to be operated by Belgium’s Plopsa in POP Airport in Prague.

With the end of the year approaching, we are more likely to come across seasonal pop-up concepts in shopping centres. During the run-up to Christmas, the strongest period for retailers, they benefit from higher numbers of visitors and their greater appetite for spending. Accordingly, even the premium segment often opts to employ this concept: for gifts, customers tend to buy more expensive and luxury goods that they are not willing to spend so much on during other seasons. Many of those brands are in the F&B segment – for example, premium alcoholic beverages such as Veuve Clicquot, Eminente and Hennessy – as well as other traditional premium goods suitable as gifts such as watches, perfumes, and fashion accessories.

The future: a combination of brick-and-mortar and online shops

This year, e-shops have set their sights on shopping centres as well: the opening of the Mall.cz flagship store has been a major feat, with their Mega Shop in Brno’s Vídeňská Centre being both a pick-up point for e-shop orders and a showroom.

“The combination of brick-and-mortar stores and e-shopping has proven to be a good retail strategy and a must. For several years now, we have been asking the question, whether and how the physical retail will work in the future given the increasing importance of e-shops, and the pandemic has answered it. People have not stopped coming to shopping centres – as long as they can, they will always come back to shopping physically. In effect, e-shops are not a threat to brick-and-mortar shops: they actually represent an opportunity for boosting the brand’s sales even further – so the two forms complement each other rather than endangering each other,” Jan Kotrbáček comments.

The pandemic has obviously accelerated the transformation of many retail concepts towards adopting this omnichannel strategy. The existing traditional retailers that quickly adapted to the situation and have kept their concepts successful as a result include Datart, Sportisimo and many others.

CCC Group’s E-obuv and Modivo brands are a great example of how this combination works – utilising the ‘phygital store’ concept, their shops combine online and offline shopping, boosting the brands considerably as a result. We can expect more of such brands to arrive, and experiential retailing will become increasingly common with the virtual and the physical worlds converging through technologies such as virtual reality (VR) and augmented reality (AR).

Several new and comprehensively refurbished retail schemes were launched on the Czech market this year: a mixed retail and office project, the new Centrum Bořislavka opened in Prague; the Spektrum Průhonice underwent a radical overhaul; the Řepy Shopping Centre was refurbished; and, in part, so was the Bílá Labuť Department Store. Brno witnessed the completion of the overhaul of the Futurum Brno, the Rokycanská Shopping Centre in Plzeň was revamped, and the Aventin Retail Park Jihlava, the largest scheme of its type in the country, opened in Jihlava. Several smaller retail parks also opened in the regions.

Two mixed-use projects are under construction now: the Masaryčka in Prague and the Rieger Plaza in Hradec Králové. One shopping centre is currently being built – the extension of the Atrium Palác Pardubice which should be completed in the middle of next year. The project involves 5,300 square metres of new retail space, with the entire project totalling 25,300 square metres of leasable retail area after the extension. About a dozen retail parks are also being extended or built from the ground up. The total area of new retail space in the pipeline currently stands at approximately 40,800 square metres.

The launch of the construction of the Galerie Pernerka in Pardubice, opposite the city’s main train station, is slated for next year.

“For 2022, I predict the process of optimising shop portfolios to continue, aiming to maintain profitability and the opportunities for further growth in the right locations. I expect retailers and brands to place the same emphasis as they have to date on creating customer experience through product and brand presentation combined with customer service. The idea of creating an adequate customer experience, including unique brand presentation, requires high-quality space in good locations, whether in a high street reachable on foot or in a shopping centre. I believe the trend of interest in lucrative space will continue, also thanks to the escalating pressure towards an omnichannel approach and the interest of online retailers in brick-and-mortar shops. Service operations will also be renewed gradually, most notably involving the restart of the restaurant business which has been experiencing truly difficult times as a result of the coronavirus crisis and the various restrictions,” Jan Kotrbáček concludes.