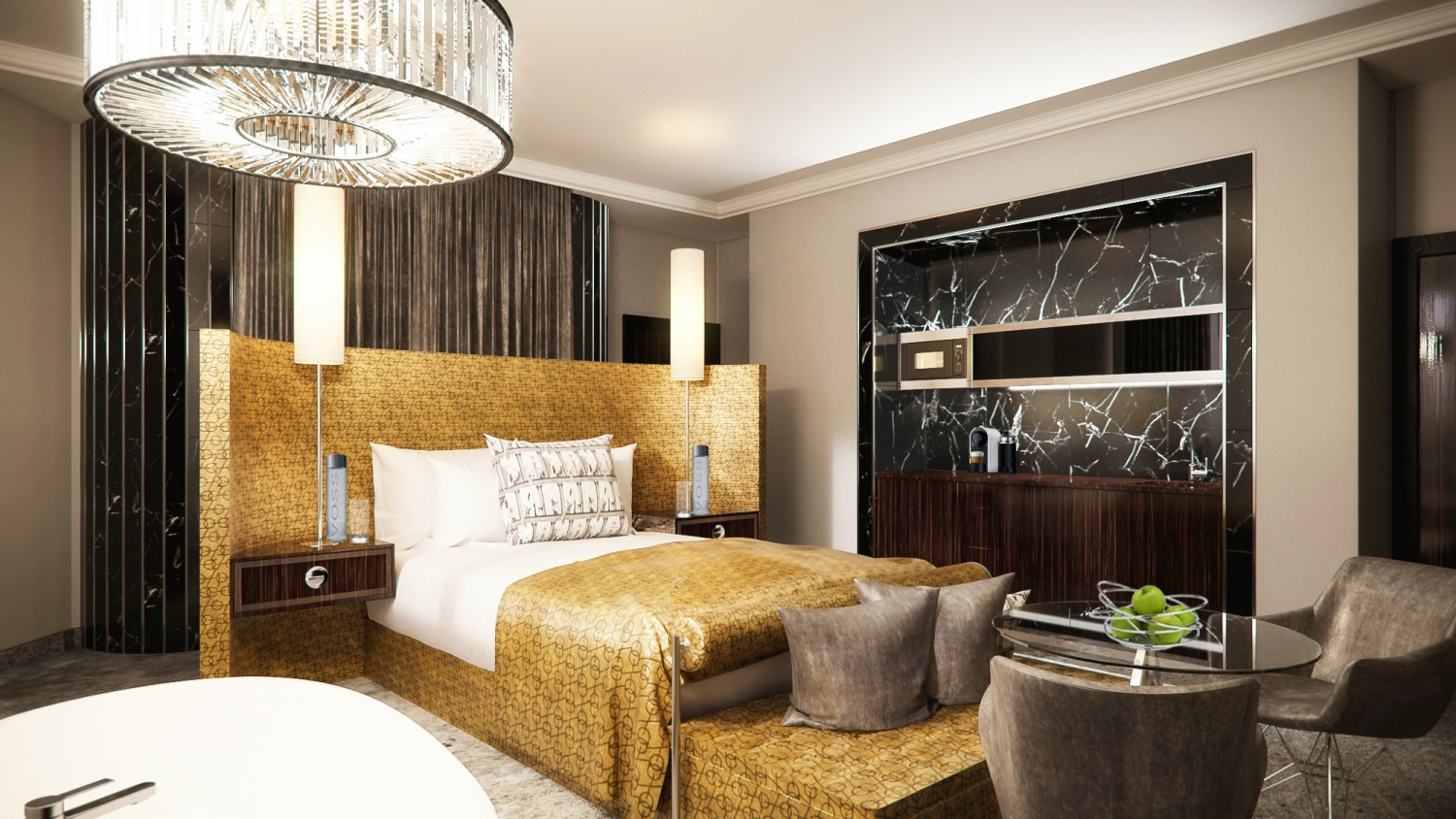 With the checkout of the last guest on 4 November 2019 a new era has started in the story of the downtown building which in the past 20 years was known as the four-star Starlight Suiten Hotel Budapest. The new Mamaison Hotel will open its gates expectedly in mid-summer 2020. CPIPG also announced plans for a brand new 3-star property (located between the ex-Starlight and the Four Seasons Gresham Palace.


Before the start of the complete refurbishment works the team of CPI Hotels Hungary (the management company operating the Startlight and the Mamaison Hotel Andrássy and Mamaison Residence Izabella in Budapest) invited their key partner for an irregular party. After saying thank you to the partners for the cooperation in the past years the management invited the guests to do the first bits of demolition works with smaller and bigger hammers and use their imagination about the future decoration with the guidance of a real graffiti artist. The guests were also asked to find the long-lost keys of the building which at a later point of the event was handed over to the representatives of EBH Invest who won the construction tender.

The event’s purpose was to connect the past of the hotel with its bright future envisioned by the internationally acknowledged designer team of Varrodesign, led by Zoltán Varro the talented interior designer. During the event, another new hotel opening of CPIPG was announced: parallel with the constructions on the ex-Starlight building the same construction team will work on the birth of a brand new 3-star property (located between the ex-Starlight and the Four Seasons Gresham Palace.) and also based on the interior design the team of Zoltán Varró.

From Starlight to Mamaison

The new Mamaison Hotel will open its gates expectedly in mid-summer 2020. The new hotel will feature a new and more remarkable entrance, better common areas (seated reception, breakfast area combined with a lobby bar with the possibility to extend to a street terrace) and a 200 sqm high-class spa including a 15 m pool, saunas and fitness area.

The focus during the planning of the rooms was on maximizing comfort and functionality enabled by the surprisingly large room sizes (from 36-95 sqm).

The hotel will be managed according to the 4-star Superior category criteria by CPI Hotels (CPI PG’s hotel branch) under the Mamaison Hotels & Residences brand. The name of the hotel will officially be announced at a later stage.

Besides the concept of the new Mamaison Hotel the management company has also introduced a brand-new project to be opened by January 2021.  Also based on the visions of the Varrodesign team, CPI PG has commissioned EBH Invest (the same company as in case of the new Mamaison) to covert the neighbouring building (1054 Budapest Mérleg str. 4) from a regular office to a 99 bedroomed 3-star Superior hotel.

The hotel will be managed by CPI Hotels (CPI PG’s hotel branch) under the Choice Hotel’s Comfort brand.  The name of the hotel will officially be announced at a later stage.