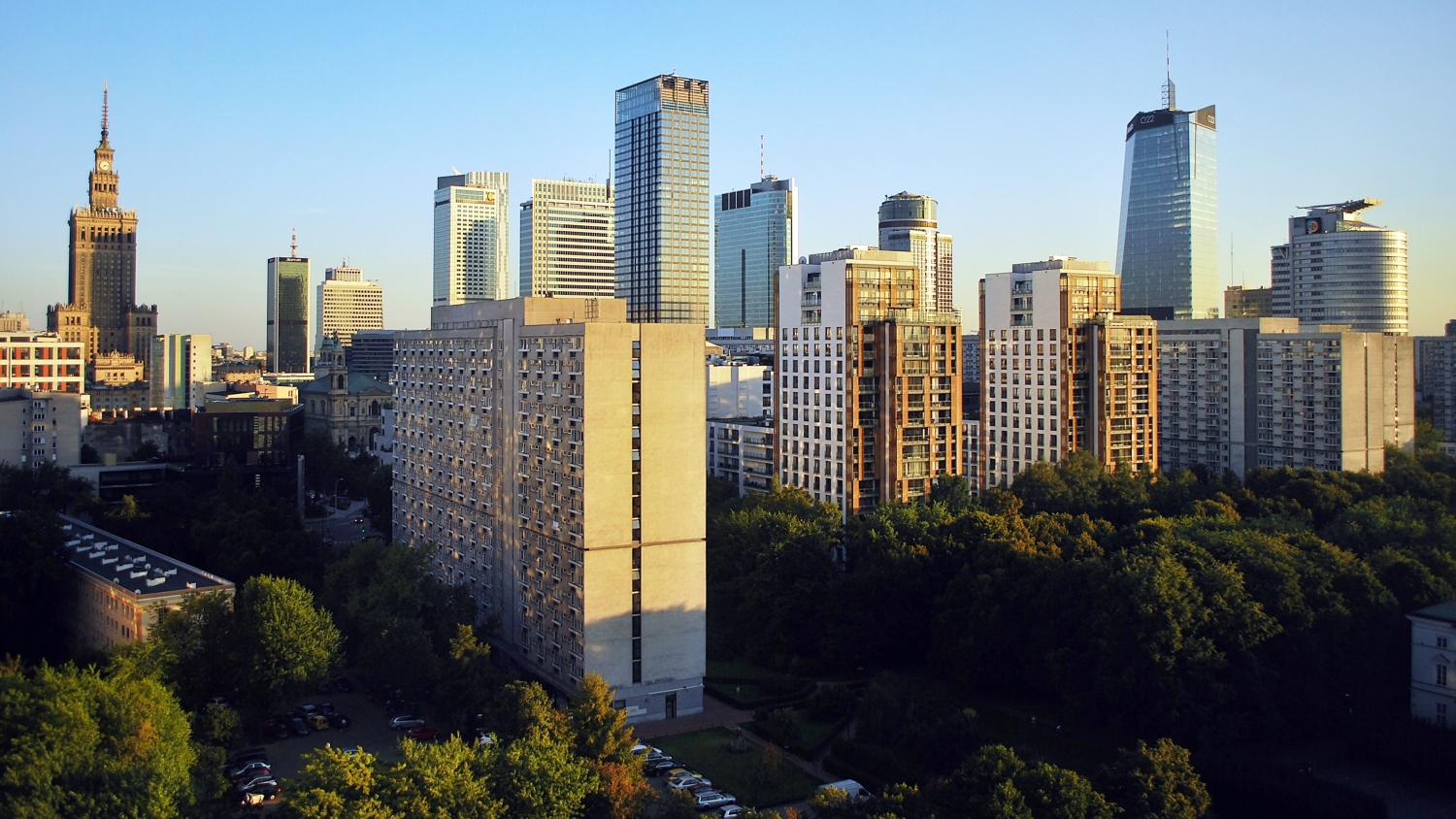 
Sixteen office buildings have been completed in Warsaw in the first half of 2016, totalling 350,000 sqm. 100,000 sqm is scheduled for completion in H2 2016, which will bring the annual supply to a new record high of 450,000 sqm. Cushman & Wakefield has published its Property Times report on the Warsaw office market for H1 2016.


In H1 2016, total modern office stock in Warsaw reached nearly 5 million sqm, of which around 3.5 million sqm (70%) was in non-central locations. With buildings totalling around 1.33 million sqm Upper South remains the capital city’s largest office zone. The highest volumes of new office space were delivered in the city centre, where office schemes offering 180,000 sqm were given occupancy permits, in South West (60,000 sqm) and North (50,000 sqm). This supply trend is expected to continue given the large number of office buildings planned or under construction in or close to central locations. The largest office completions in H1 2016 included Ghelamco’s Warsaw Spire A (59,000 sqm), HB Reavis’ Gdański Business Center 2 (buildings C and D totalling 49,000 sqm) and Echo Investment’s Q22 (46,400 sqm).
Katarzyna Lipka, Associate Director, Consulting and Research, Cushman & Wakefield said: “Sixteen office buildings received occupancy permits in the first two quarters of 2016, providing a total of 350,000 sqm, which represented a nearly 30% increase on the last year’s total supply. Approximately 100,000 sqm is scheduled for completion in H2 2016, which will bring the annual supply to a new record high of 450,000 sqm.”

The first half of 2016 saw strong leasing activity on the Warsaw office market with 360,000 sqm transacted, a figure comparable to the office take-up noted in the first half of the record-breaking 2015. 75% of the space leased during the first six months of 2016 was located in office buildings in the city centre (Fringe and Core) as well as the Upper South and South West subzones. Renegotiations made up 30% of the gross take-up and pre-lets around 17%. The largest transactions in Warsaw included Allegro’s new lease of 7,600 sqm at Q22, the renegotiation by NC+ of its 7,500 sqm lease at the Canal+ building, and Budimex’s pre-let of 7,350 sqm at the scheme at 16-20 Skierniewicka Street. Net absorption reached 133,000 sqm compared to 284,000 sqm in 2015. At the end of H1 2016 the average vacancy rate in Warsaw stood at 15.4%, which represented a rise of 1.3 percentage points on the vacancy rate noted in Q1 2016 and an increase of 3.1 percentage points on the rate at year-end 2015. The large volume of new office space coming onto the market pushed the city centre’s vacancies up to 17.6% with the vacancy rate in other office zones averaging 14.4%.
Richard Aboo, Partner, Head of Office Agency, Cushman & Wakefield, said: “Given the expected supply and take-up trends, prime headline rents are likely to remain flat by the end of 2016 at EUR 24/sqm/month in central locations and at EUR 13–16.50 in non-central locations. Tenants continue to enjoy the upper hand in negotiations benefiting from the strong availability of office space both in existing buildings and schemes under construction or in the pipeline. Therefore, owners of office buildings will continue to offer attractive incentive packages that include rent-free periods or fit-out contributions.”