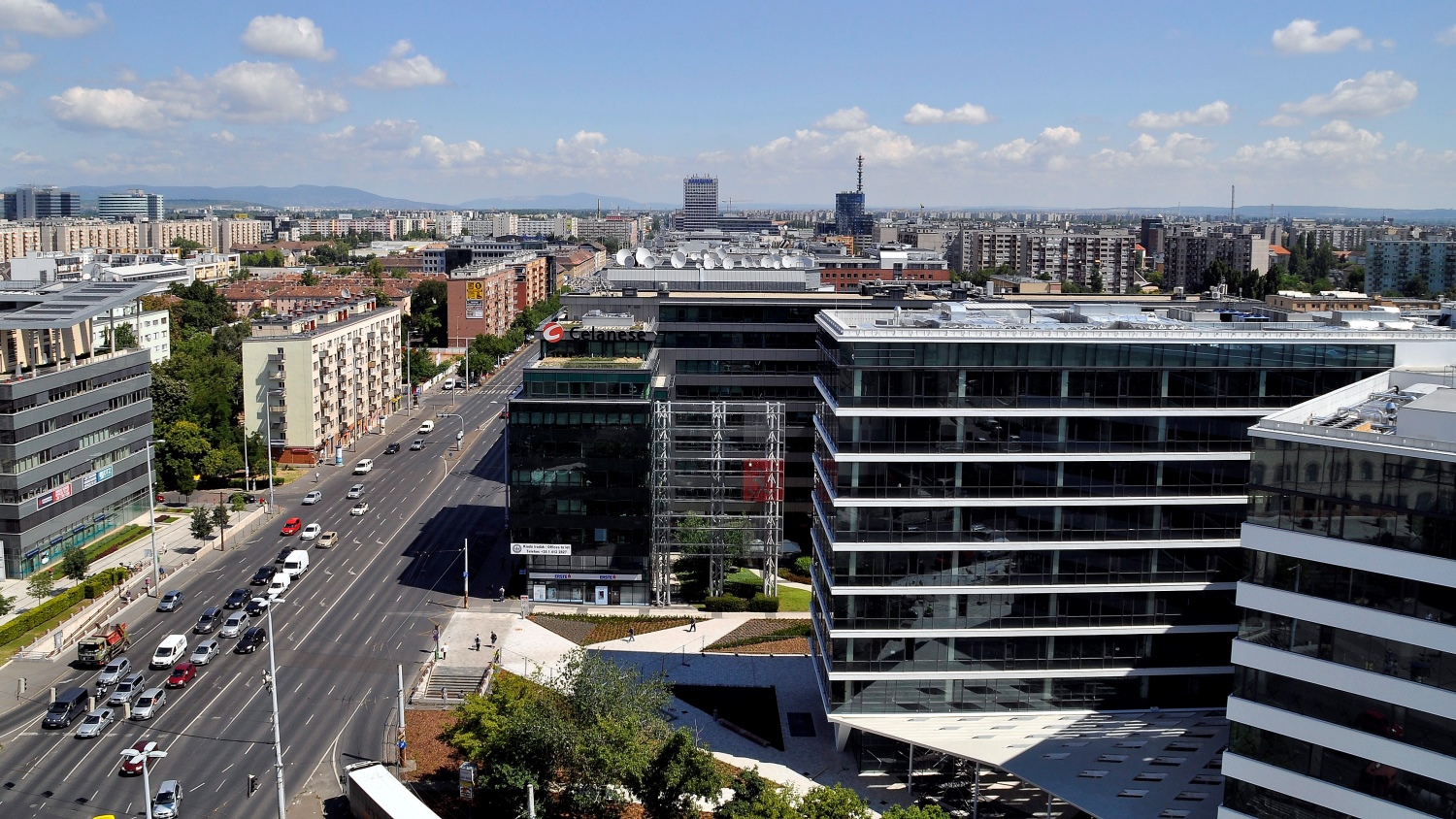 Nearly 100,000 sqm of new office space was delivered to the Budapest market in 2016, the highest figure since 2010. Meanwhile, demand picked up in the last quarter of the year with a large share of the total leasing volume made up of pre-leases and new transactions. At the same time, the office vacancy rate has returned to its downward trajectory, reaching 9.5%, the lowest rate on record. According to the Budapest Research Forum, one new office building was delivered to the Budapest office market in the fourth quarter of 2016, spanning 25,400 sqm. The fourth office phase of the Corvin Quarter urban development project was developed as a single-tenant built-to-suit scheme for Nokia Networks and runs by the name Nokia Skypark. The total modern office stock currently adds up to 3,360,090 sqm, consisting of 2,695,510 sqm Class A and Class B speculative office space as well as 664,580 sqm owner occupied space.

„Development activity in the Budapest office market has recovered remarkably over the past year. Currently there are nearly 300,000 sqm of office space under construction or refurbishment with an expected completion between 2017 and 2018. It’s important to note that half of that volume is already pre-let, which means that for the time being we don’t need to be afraid of an unmanageable amount of vacant space to flow to the market.  That said, we might see new constructions and refurbishments to be launched in the upcoming quarters, which could alter the future prospects in terms of new supply”, Rita Tuza, Head of Research at JLL told Portfolio Property Forum. Following a slight uptick during the previous quarter the office vacancy rate has returned to its downward trajectory, decreasing by 1.4 pps quarter-on-quarter to 9.5% - the lowest rate on record. Much like during the preceding quarters, the lowest vacancy rate (3.7%) was measured in the South Buda submarket whereas the Periphery still suffers from an overwhelming 34.3% vacancy rate.
Total demand in the fourth quarter of 2016 reached 163,600 sqm, marking a 2% increase year-on-year and an 82% surge from the previous quarter. Renewals stood for a third of the total leasing volume, while the second largest share (30%) was now attributable to pre-leases. New transactions accounted for 28%, whereas expansions made up the remaining 9% - overall giving a more balanced split based on deal types. There was no owner occupation registered during the period. In contrast to the preceding quarters, the strongest occupational activity was recorded in the Central Pest submarket, attracting one third of the total demand. Váci Corridor was the second most popular office destination in the fourth quarter with 30% of the volume, while South Buda came in at third place with 10%.
According to the BRF, 230 lease agreements were signed in Q4 2016, with an average deal size of 711 sqm. BRF registered 31 transactions on at least 1,000 sqm, split into 12 renewals, 10 new deals, 6 pre-leases and 3 expansions. The largest transaction during the fourth quarter was a pre-lease agreement for the next phase of the Corvin office park; the planned Corvin Technology & Science Park building got ca. 80% pre-let. The second largest deal was a renewal on 13,780 sqm in the Váci Corridor, while the largest new transaction was also signed here for 3,740 sqm space. The quarterly net absorption was roughly triple the volume of the previous quarter, totalling 68,790 sqm - the highest such figure of the past five years. Absorption was especially notable in Central Pest (29,810 sqm) and the Váci Corridor (24,825 sqm). Although the rest of the submarkets registered significantly lower absorption volumes, none of them dipped into negative territory for the first time since Q3 2015.
Despite the high demand during the fourth quarter, the 2016 annual leasing volume came in 13% below the record level of 2015 – nevertheless it still proved to be the second most active year since the crisis.