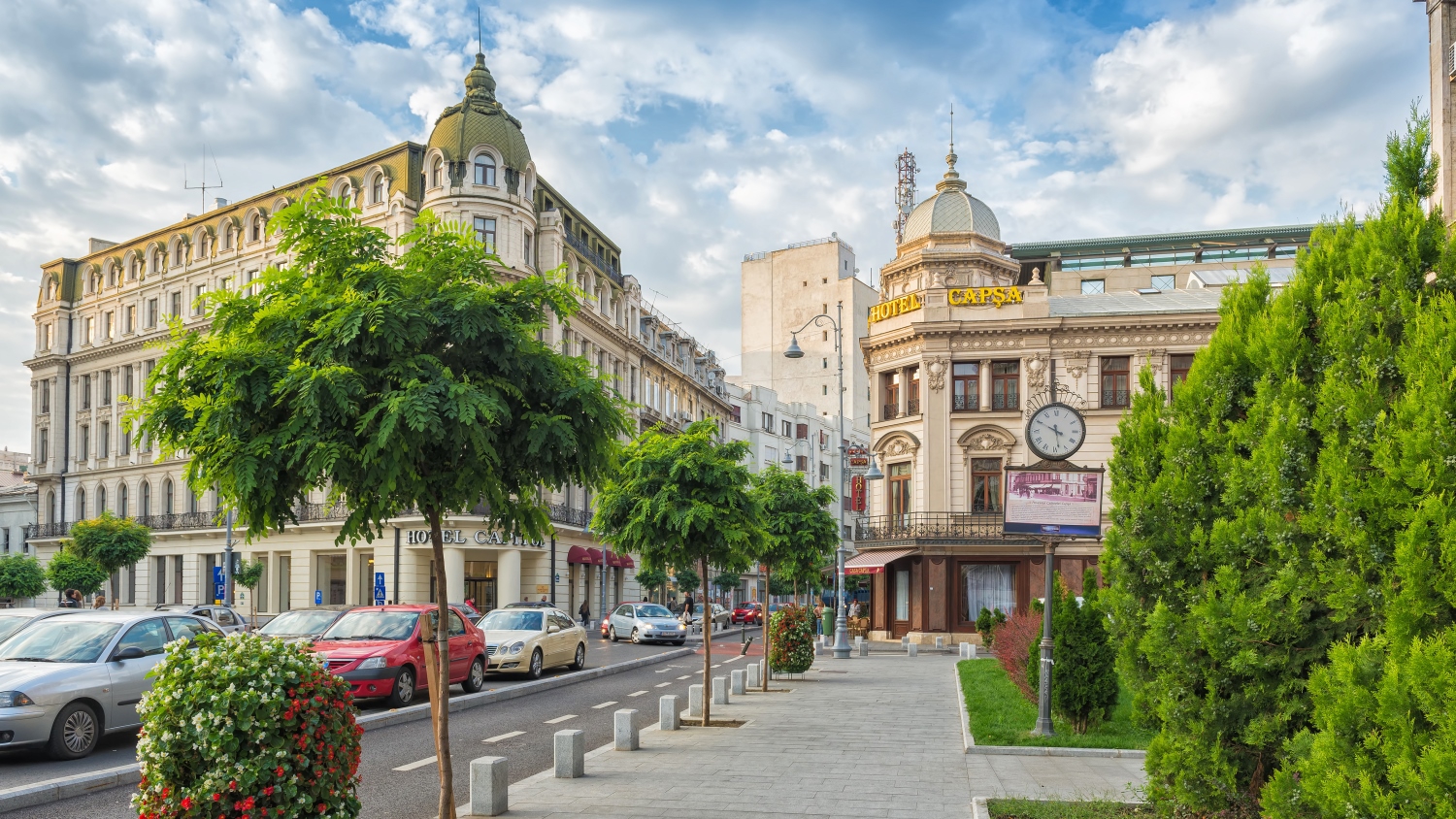 According to Christie & Co's recent hotel market snapshot, Bucharest is an emerging market for hotel investments. While the city's hotel market may yet to fully recover from the financial crisis, it has made tremendous progress in recent years, reporting upward trends in key performance indicators and growing investor interest.

After six years of continuous growth, the Romanian economy is still going strong. The World Bank predicts a GDP increase of 4%, which is clearly above Western European growth rates. Bucharest is the economic engine of Romania, having experienced an upswing over the past six years, which has also had a positive impact on the hotel market. Over the last five years, the Romanian capital saw growth of 19% in hotels and 2% in beds as well as a compound annual growth in arrivals of 7.7% and in overnight stays of 5.4%, reaching a record level of 1.9 million arrivals and 3 million overnight stays in 2016.
As performance data by STR suggest, the increase in overnight stays has led to an improvement of occupancy, reaching 71.1% last year. While ADR fluctuated quite a bit in recent years, it has eventually seen strong recovery, reaching €77.8 in the previous year. Revenue per available room (RevPAR) has been highly occupancy-driven, improving continuously from 2011 until 2016, reaching €55.5 in 2016.
The positive market fundamentals, coupled with the enhancement of Romania's meetings and conference sector, Bucharest's development of its road and rail infrastructure as well as the overall economic growth of the country, have raised interest for the Romanian capital among international investors, whose interest are shifting towards Europe's secondary hotel markets in light of the yield battle in Europe's key markets.
Transactional activity in Bucharest's hotel market is also picking up lately, with some major deals taking place. Examples include the disposal of the JW Marriott Bucharest Grand Hotel by the Bank of Cyprus to STRABAG SE in 2014 as well as the acquisition of K+K Elisabeta by Highgate Hotels and the purchase of the Howard Johnson Grand Plaza Hotel by Tatika Investments in 2015. Marvin Kaiser, Senior Consultant Investment & Letting at Christie & Co, who specialises in the CEE hotel markets and authored the report, comments: "The recent deals, along with those assets currently on the market, underline the rising interest of both domestic and international players. Bucharest's transactional market is picking up speed as investors are seeking higher yields. Given the favourable property prices in comparison to key European markets such as London, Paris and Munich, Bucharest will continue to catch the attention of opportunistic hotel investors, attracted by the growing potential of both the business and leisure segment. With more than two thirds of Bucharest's room supply not being affiliated to a brand, but 60% of overnight stays being generated by foreign visitors, plenty of opportunities arise for both operators and visionary investors."