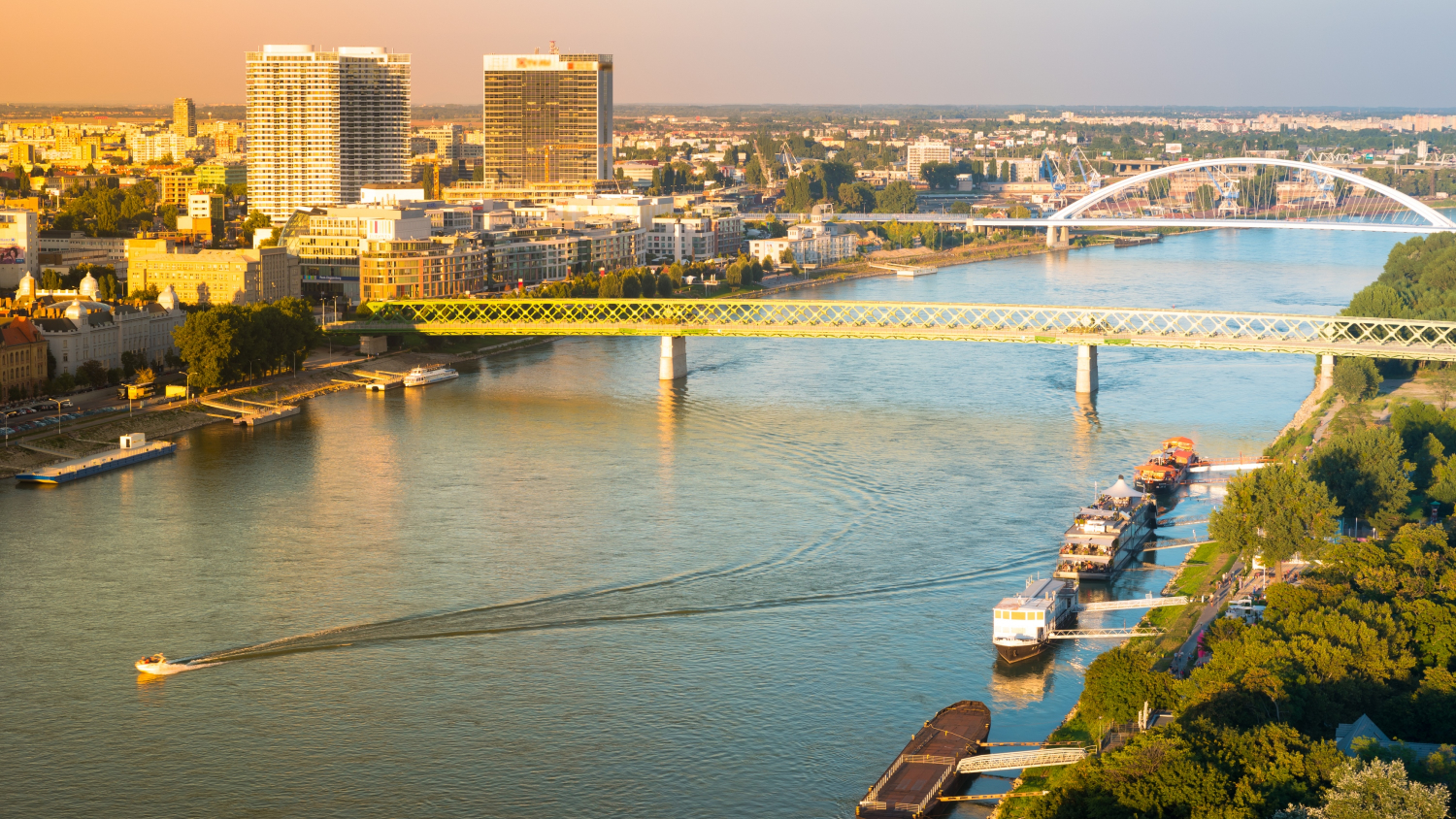 
In the fourth quarter of 2021, the total office stock in Bratislava reached more than 1.994 million sqm. 65% of total stock consists of Class A office space and 35% of Class B office space.

During the fourth quarter of 2021, one new office building was added to the market, namely Galvaniho Business Center 5 with 15,886 sqm. In terms of the ownership structure, similarly to the previous quarter, approximately 4% of the office stock is state-owned, 13% are buildings owned and fully occupied by the same entity, and the total stock for commercial use remains at 83% (or around 1.67 million sqm) of total modern office stock in Bratislava.

In total, Bratislava offers almost 675,000 sqm of office space with a valid green / sustainable building certificate. This is 35% of the total volume of office space in Bratislava or 36 out of 298 buildings. 62% of the certified stock has BREEAM, 5% combination of BREEAM / WELL GOLD and 33% LEED certificate. Only the Twin City Tower has the highest BREEAM Outstanding rating, and in the case of LEED Platinum, the Digital Park buildings and Ein Park Offices are its only current holders. 31% 25% 21% 15% 8% Office stock according to BRF sub-markets CBD CC OC IC SB 83% 4% 13% Office stock by ownership type buildings for commercial use government buildings owner-occupied buildings

Lease transactions in the fourth quarter of 2021 reached a total area of approx. 98,000 sqm, which represents a 124% increase in leasing activity compared to the previous quarter. In a year-on-year comparison, the number of leased areas increased by 50%, which declares a significant market recovery. We have recorded the highest number of leased areas in Bratislava office market history. New leases accounted for 54% of the total take-up, renegotiations 37%, pre-leases 8%, while the remaining 1% were lease expansions.

The majority of leased space this quarter was leased within the public sector (31%), professional services sector (18 %) and the IT sector (17%).