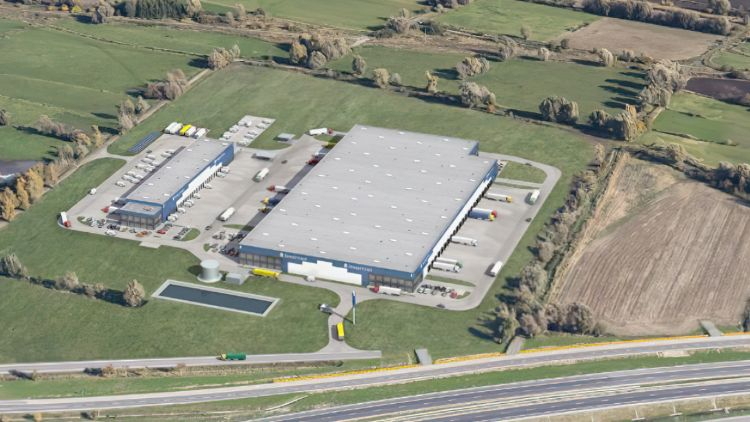 North and North-West Poland has become a new target location for the international investor Accolade. It will direct its investments of over €50 million to two new locations where industrial parks will be built. The cities of Elbląg and Koszalin are conveniently located near the sea and major ports as well as important road routes. The new tenants including DPD and AutoStore have already rented their place in the newly planned parks.


“Western Pomerania, thanks to its location, attracts many investors, including business from Scandinavia and Germany, becoming an attractive location for the warehouse market. Koszalin is, after Szczecin where Accolade is strongly present, the second-largest urban centre in the Voivodeship and a city with great potential for economic development. The Park in Koszalin will therefore be an excellent proposition for companies wishing to develop in Pomerania, while offering the advantages of being located in the Słupsk Special Economic Zone. In turn, Elbląg will also develop thanks to the ongoing infrastructure projects. The construction of the canal on the Vistula Spit will enable ships to enter the area of the Vistula Lagoon and will also enable access to the Elbląg port. Both cities, thanks to the facilities of universities, offer access to a qualified workforce," remarks Michał Białas, Country Head of Accolade Poland.

In Koszalin, two new industrial buildings with a total area of 41,000 sqm will be built on a 78,311 sqm plot. AutoStore, a global robot technology company that invented and continues to pioneer Cube Storage Automation, the top order-fulfilment solution, has already leased almost 14 000 sqm and will move into building B in Q1 2022.

The A-class modern park in Koszalin will have a convenient location, with only five minutes drive to the S6 expressway. Koszalin, like Elbląg, has over 100,000 inhabitants and is the second-largest city in the West Pomeranian Voivodeship. As well as being just 3 kilometres from the city centre, the park is just a short drive from the Baltic Sea with great connections to Germany and Scandinavia. It lies about 30 minutes drive from the port of Kołobrzeg and an hour from Szczecin Goleniow airport. Tenants will also appreciate the close proximity to important roads to Berlin and Kaliningrad.

In Elbląg, Accolade is investing in the construction of two modern warehouses with a total area of 20,000 sqm. One of the buildings on this plot, with an area of 2,000 sqm, already has a tenant, the transport and logistics company DPD, moving in Q1 2022.

Elbląg Park is situated just 5 kilometres from the city centre, in direct vicinity to S7 expressway and a 35-minute drive from the important Polish port of Gdansk.  It is the second-largest city in the Warmian-Masurian province and, as well as being an industrial centre itself, it is situated on the modernised national roads to Warsaw and Krakow and, above all, to Kaliningrad in Russia. The latter is only 110 kilometres away.

Both projects aspire to high BREEAM certification of sustainability – a warehouse in Koszalin aspires at “Excellent” level and in Elblaq at “Very Good” level.