Żabka opens its store no. 8000 in Poland 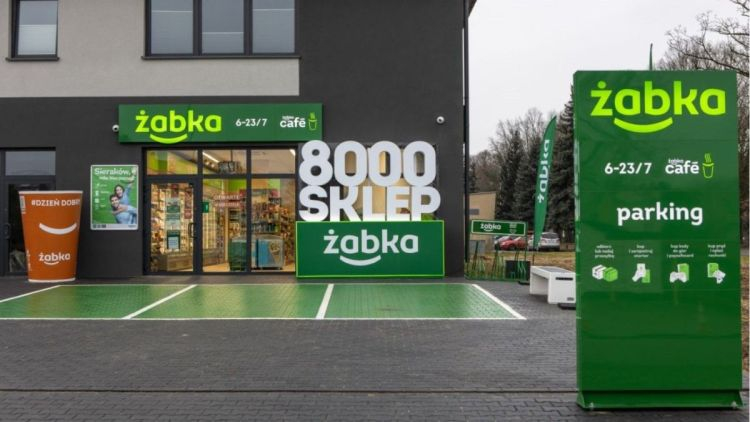 The 8000th store of the Żabka chain was opened on February 10th. The facility is located in the area of Sieraków, a town located on the edge of the Notecka Forest, between two lakes: Jaroszewskie and Lutomskie. It is the first Żabka store in this town, run by a local franchisee.


"Żabka constantly strives to be as close to customers as possible and to develop local entrepreneurship. In 2021 we opened 1000 stores. Today, our network operates 8000 stores, which provide over 30 thousand jobs. We are also expanding in towns with a population under 50 thousand residents. Many of them are locations where - like in Sieraków - there was no Żabka store before. We continually support franchisees with many tools that make doing business easier. The Żabka in Sieraków is the first store with innovative technological solutions based on artificial intelligence, which cooperate with the shop assistants",  says Adam Manikowski, Managing Director of Żabka chain.

Last year, the franchisees opened new stores in 338 municipalities, of which 116 were the first in a given location. Żabka stores were first established mainly in rural (59) and rural-urban (49) municipalities. Most of the new outlets were opened by Żabka in Masovia and Silesia, but it was in the West Pomeranian Voivodeship that in 2021 a Żabka store was opened in the smallest town, namely in Suchań having 1 490 inhabitants.