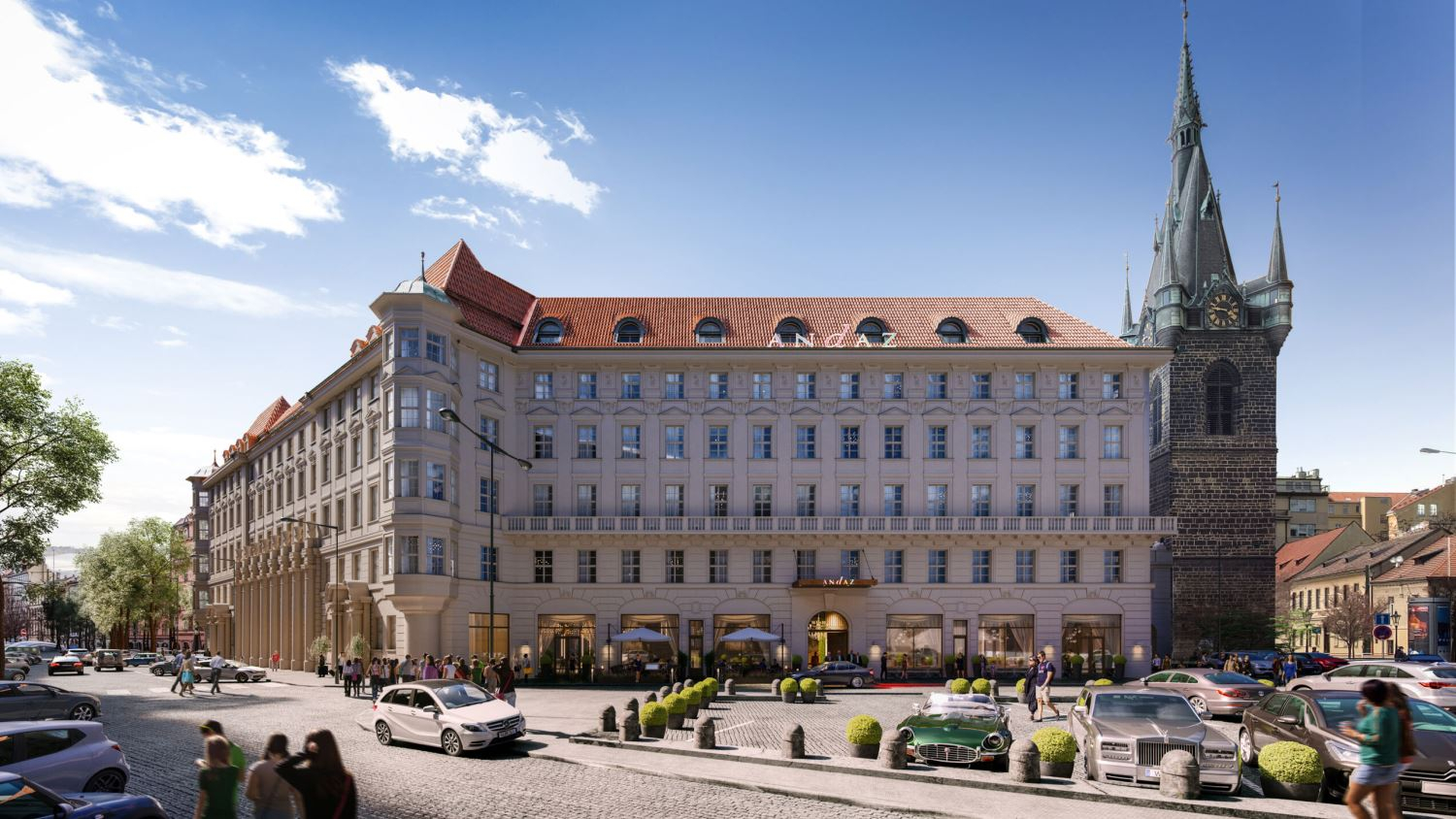 The Andaz Prague hotel, which was developed by UBM Development, has officially opened. It took the real estate development company two-and-a-half years to transform the neo-classical landmarked Sugar Palace into an Andaz-brand lifestyle luxury hotel.


Andaz Prague is an exclusive five-star luxury hotel that is located in the historical centre of Prague, directly next to Senovážné Square. The hotel, which is operated by the Hyatt Hotels Corporation, has 152 rooms, 24 suites and five conference rooms, which were designed by the BrimeRobbins international design partnership that is based in Madrid.

The Andaz brand focuses on design in lifestyle luxury hotels, whereby the Andaz Prague hotel represents “the unconventional, the surprising and the extraordinary”, according to Doris Hecht, General Manager of the Andaz Prague. Headquartered in Chicago, the Hyatt Hotels Corporation is one of the world’s leading hotel companies. It operates 20 brands in a portfolio that consists of more than 1,100 hotels in 70 countries on six continents, and which also includes 25 Andaz-brand hotels.

Guests in Prague can use any one of three comfortable and cosy “living rooms” rather than a conventional lobby, whereby each room has its own special theme. One room is a library that resembles the famous Strahov Library in the Strahov Monastery, while another room features a glass installation suspended from the ceiling that visitors immediately notice – and which also brings to mind the Czech Republic’s glass-making tradition. The third room is dedicated to alchemists who were brought to Prague by Holy Roman Emperor Rudolf II to “transform” various metals into gold.

A key aspect of the overall concept used for the hotel involves the inclusion of a bar and a restaurant that can also be visited by locals and others who aren’t staying at the hotel: ZEM restaurant, which has a separate street entrance and was designed by Blue Sky Hospitality, interprets traditional Czech cuisine in a modern way, while the MEZ bar offers exquisite cocktails and Pioneer beer from the local Zatec brewery. Also on site is the Klára Rott spa with products from the Czech organic cosmetics brand Klára Rott.

The hotel building itself is a free-standing complex with two inner courtyards. The imposing complex, which dominates the scene on two streets and the square opposite it, was originally constructed between 1912 and 1916 for the Sugar Industry Insurance Association, as the sugar industry was a very important and profitable economic sector at that time. The building, therefore, became known as the Sugar Palace. It later housed the Ministry of Food and Agriculture and after that the Czech Postal Savings Bank. Part of the building complex was landmarked in 1993.