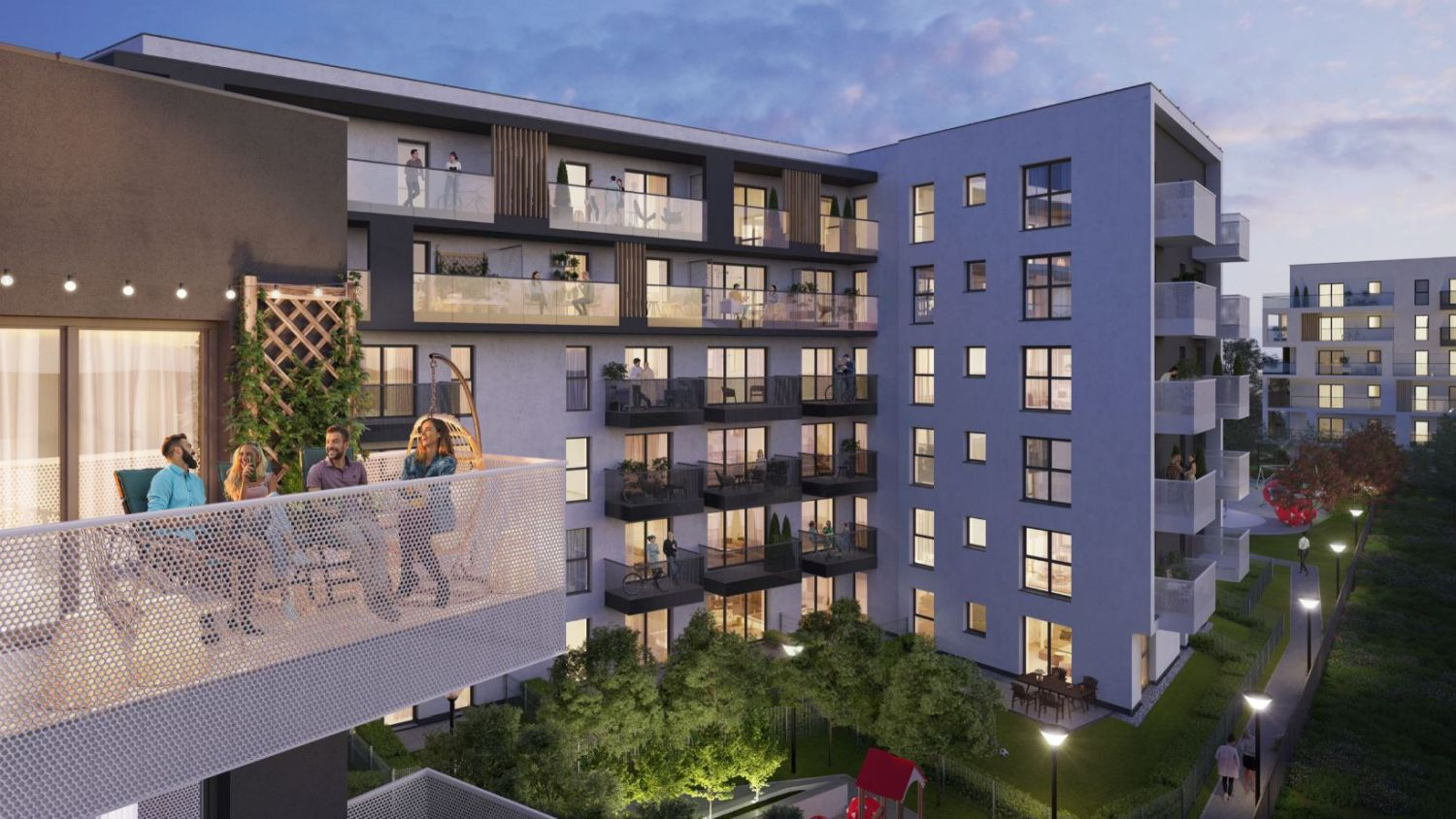 Trei Real Estate is moving ahead with two large-scale residential projects in Poland. In Wrocław, the company launched the third construction stage of the “Bacciarellego 54” quarter, which will deliver a total of 91 apartments when completed by year-end 2022. In Łódź – with its population of around 700,000 the third-largest city in Poland after Warsaw and Krakow – Trei is about to kick off its second construction stage, which comprises 88 residential units. All things considered, Trei is planning to build a total of 1,320 residential units in Poland in the years ahead and will invest a total of €125 million.


Pepijn Morshuis, CEO of Trei Real Estate, commented: “Demand for modern apartments in major Polish cities still exceeds supply because the country’s open housing market is only just emerging from beneath the shadow of the municipal housing companies. With our two residential developments, we are creating attractive accommodation in popular and green areas of Wrocław and Łódź. The fast sales progress at either project is very reassuring.”

In addition to the two aforesaid residential developments, Trei is already planning its next projects in Warsaw and Poznań. Morshuis added: “The Polish real estate market is highly attractive for us as developer, not only for ownership apartments but certainly for rental apartments. An international comparison shows that Poland outperforms the German market, especially in terms of yields. At 5.25 percent for rental apartments, prime yields are more than twice as high as in Germany, where the going rate is 2.5 percent.” Strona 2 In Wrocław, a total of 280 ownership apartments are being created, spread across 14 different buildings. Apartments range from two to four bedrooms but also include some split-levels, and measure between 29 and 120 square metres in size. Virtually all of the 89 apartments developed in the first two construction stages have already been sold, as well as one third of the units in this latest construction stage.

The project in Łódź represents Trei’s second residential development in Poland. The second construction stage, which the company just kicked off, comprises 88 ownership apartments between 28 and 107 square metres, of which 30 percent have already been sold. The second stage is scheduled to be completed by the end of 2022, while the completion of the entire residential project is planned for early 2023.