This could be a game-changer for Slovenia’s CRE market 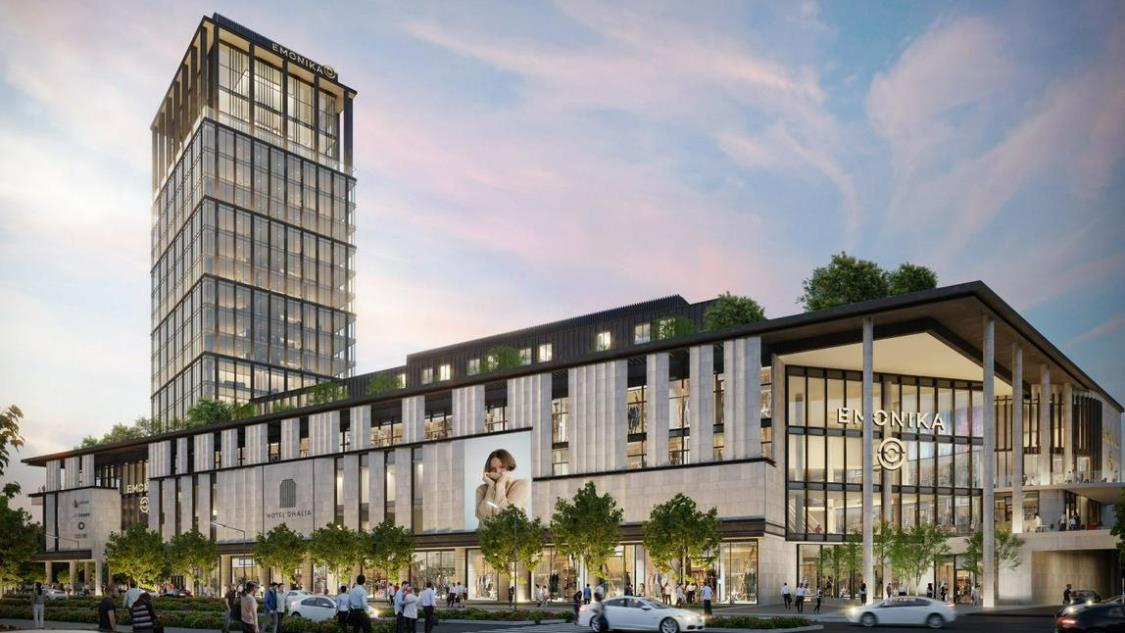 The city of Ljubljana is expected to see some major urban change by 2025. As it was announced last month, a huge mixed-use project will be built next to the city’s planned new transportation hub, including a hotel, a shopping centre, offices and apartments. The Emonika project, which has a long history, will be developed by Mendota Invest, owned by Hungary’s OTP Real Estate Investment Fund. Property Forum summarised what we know about the project so far and how it could potentially transform Slovenia’s small and illiquid commercial real estate market.

The Emonika project was announced in Ljubljana in 2002. After almost 4 years, the relevant authorities granted the necessary permits and in 2007 Hungarian developer TriGranit and the Slovenian Railways signed a joint venture contract for the construction of Emonika City Center. The initial project was planned for a total area of over 213,000 sqm and included office space, a shopping and entertainment centre, a hotel and apartments, requiring a €250 million investment. In the years following the 2008 crisis, the economic environment changed dramatically and TriGranit sought state support from the Slovenian government for the project, but the project did not progress and in 2014 TriGranit initiated a contract termination with the Slovenian Railways. In the following years, several investors were involved in the project, with Mendota Invest acquiring the three development companies working on Emonika from Granit Pólus and OTP Real Estate Fund acquiring 100 percent of Mendota Invest in December 2019.

The current plans call for the redevelopment of a smaller area compared to the original ones. A previously planned connection above the rail tracks was also scrapped, creating two physically separate projects within Emonika: one in the north and one in the south. The planned allocation of space between different uses clearly takes into consideration changing consumer habits and post-COVID market expectations. At the moment, there are only 2 buildings in Slovenia that are certified as ‘Excellent’ under BREEAM – an IKEA store in Ljubjana and a Toyota dealership in Maribor. Emonika aims to become the first BREEAM-certified mixed-use project in Slovenia.

The building permitting process has already started and that usually takes around 10 months in Slovenia. Sources familiar with the project confirmed for Property Forum that the developer wants to start the north and south parts at the same time with a handover planned for 2025.

Obviously, rising interest rates and construction costs – if not coupled with rising rents – could potentially delay the implementation of the project. Responding to a question at last month’s launch event, Sándor Csányi, CEO of OTP, expressed optimism. He said that construction prices could start to ease from the second half of this year or next year. He added that the project could be financed 20-30% by equity, with the remaining 70-80% being a syndicated loan, where banks other than OTP could also participate.

Parallel to the commercial development, the Government of Slovenia and the City of Ljubljana are working on the reconstruction of the city’s main railway station and the creation of a new bus terminal, alongside other infrastructural upgrades. The completion of these projects is also planned for 2025, so ideally it will be ready by the time Emonika is handed over.

Even though the current project is significantly smaller than what TriGranit planned, it’s still the largest commercial real estate project in the history of Slovenia.

A unique feature of the Slovenian market (compared to other CEE countries) is that office buildings usually don’t have a single owner, but rather individual floors are owned by different companies. This means that, for now, there’s virtually no product available for institutional investors – a fact the completion of Emonika could significantly change.

Looking at simply the fundamentals – an office, retail or hotel asset built to BREEAM standards and located next to the main transportation hub of the capital city of a Eurozone country – Emonika is set to become an attractive investment product and a gamechanger for Slovenia’s commercial real estate market, once completed. The only question is whether the owner will want to sell it or not. It’s probably too early to tell for now but it’s definitely not out of the question.