The future is about providing local workplaces, IWG founder says 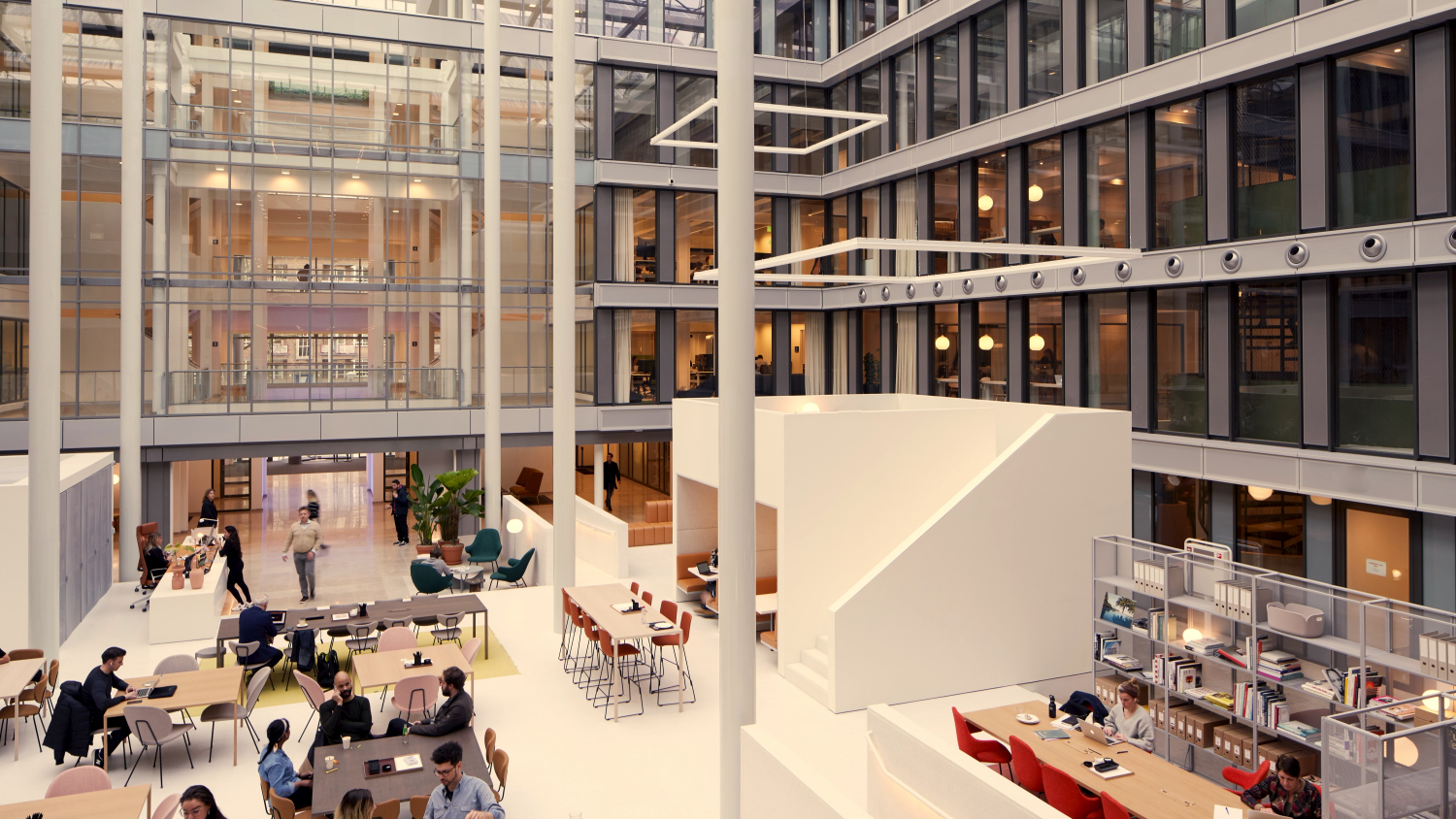 IWG Founder and CEO Mark Dixon shared his vision for making work more local, locking in benefits for people, profits and the planet.


“Things that we’ve all become used to are changing,” according to Lord Gerry Grimstone, Minister of State for Investment at the UK’s Department for International Trade. Speaking at MIPIM September Edition alongside IWG Founder and CEO Mark Dixon, he explained that businesses and individuals have suffered what he called “the COVID-19 storm”, and were also experiencing an “environmental storm, driven by climate change”. Combined, he said, these have caused “one of the largest economic shocks the world has ever had”.

As a result, Lord Grimstone explained, countries around the globe are “going to have to get their finances in order”, with the real estate sector facing “some of the most interesting questions”.

Among these is how office space will be used in the future – as well as the role of city centres in the economy of tomorrow and the importance of technology in “levelling up” opportunities.

As more and more businesses adopt hybrid ways of working in the wake of the pandemic, the role of large city-centre offices is changing. Firms such as JP Morgan Chase, Lloyds Banking Group and BP have already stated their intention to downsize space.

Elsewhere, organisations including NTT and Standard Chartered have signed partnerships with IWG to provide their staff with access to workplaces closer to home. Deals such as these have added two million new users to IWG’s global network of flexible workspaces since the start of 2021.

“The pandemic has fundamentally changed how people view work, and in particular where they work,” said Dixon. There is now “huge interest in new ways of working,” he explained, with business leaders around the world discussing “how to use real estate in different ways”.

Long periods of lockdown have proved remote working is possible, and it’s clear that – for many (ex) commuters – there is no going back. “Demand from people is one of the fundamental drivers for the hybrid approach,” Dixon told MIPIM. “It’s what companies and HR departments are hearing repeatedly. Workers are demanding change.”

He was quick to point out, however, that the desired shift isn’t simply about being able to work from home. There will always be a role for the corporate HQ, which will provide space and facilities for colleagues to connect and collaborate with one another. Meanwhile, Dixon said, “people want to work locally” – but preferably from professional, well-equipped spaces where they can concentrate, away from domestic distractions.

Local offices and the 15-minute city

Picking up Lord Grimstone’s point on “levelling up”, Dixon was keen to point out that, in the UK, this should go a great deal further than just delivering work to cities outside London.

“Work in the future will be happening almost everywhere,” he explained – so the future is about “providing local workplaces for people to access throughout the country”.  Planning rules need to be reconsidered so that companies are able to build local workspaces, Dixon argued, and the government must prioritise “full digital access for the entire population”.

The 15-minute city concept will become more important to regional and city planning around the world, Dixon said, pointing out that it is already being realised successfully in France. Originated by Professor Carlos Moreno of the Sorbonne, the ideal espouses the creation of neighbourhoods where everything residents need to live, work and play can be accessed within 15 minutes on foot or by bike.

In the future, Dixon argued, ensuring that there are local places for people to work will become as important as making sure they have access to “a local school, a local post office or whatever other amenities are required within that community”.

In agreement with Dixon, Lord Grimstone said: “Some of the trends that COVID-19 has accelerated aren’t going to go away – and while governments might take a while to catch up, they will get there eventually.”

When asked whether IWG was already making moves to offer flexible workspace in locations outside central business districts, Dixon said: “Yes. If we take the UK as an example, more than two-thirds of our locations are not in London. We’re also working on new construction of fully carbon neutral buildings, aiming to put workspaces into small towns close to where people live.”

This determination to build new flexible workspace locations sustainably chimes with Lord Grimstone’s view that the environment is a key issue for investors and businesses alike, post-pandemic.

“Hybrid working is driven by concerns about ESG, sustainability and the planet, as well as by employees,” Dixon told MIPIM. “The health of the planet, once COVID-19 moves aside, will become one of the biggest drivers to change in the future – and commuting and underused office buildings are huge polluters.”

Last but not least, Dixon said, “Profit is also very important. If companies embrace hybrid working, they will save 50% of their fixed costs of providing support to people, based on our data.”

He also pointed to research by Harvard and Stanford University that showed hybrid workers could save an organisation as much as $11,000 a year.

While the benefits of pivoting to a hybrid model are clear, Dixon said, many companies feel they need help with making it work on the ground. This is support that IWG, with its 30 years’ experience in the flexible workspace industry, is ideally placed to provide.