Strong competition for Prague and Bratislava 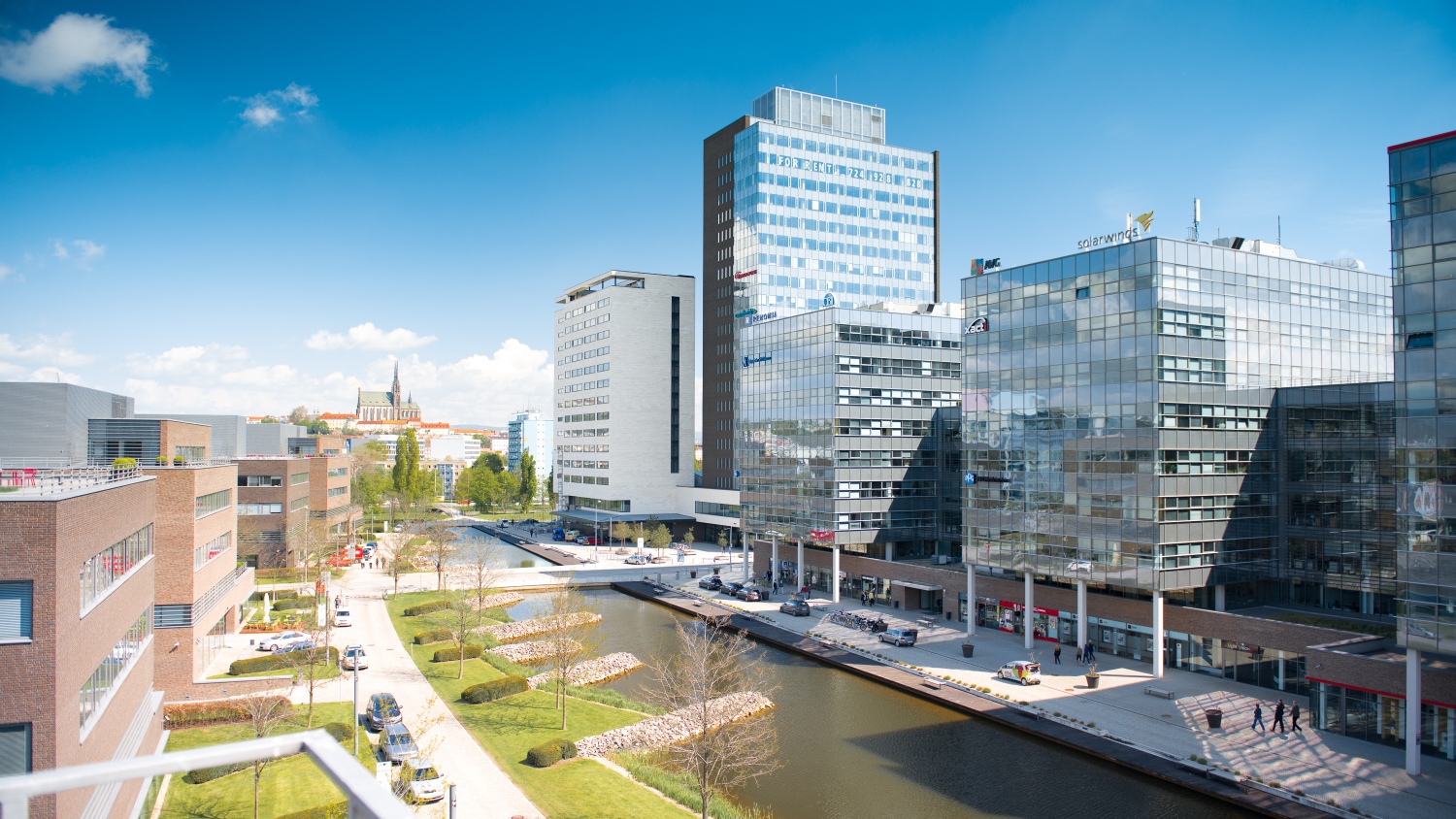 In most Central and Eastern European countries the commercial property market is heavily concentrated in the capital city and modern offices in secondary or tertiary cities are virtually non-existent. Luckily, that is not the case in the Czech Republic, where there are cities outside of Prague, most notably Brno, that offer attractive opportunities for international companies. Czech-based developer CTP invited us for the opening ceremony of the new Courtyard by Marriott hotel and showed us the city’s property market.

Brno, which positions itself as a high-tech business destination, has a population of less than 400.000 people (over 800.0000 in the metropolitan area) and an office stock of 545.000 sqm. Developers added 55.000 sqm (11% of total stock) to the market in 2016 which means that more new space was constructed in Brno than in Prague. When we compare the stock in Brno to other major markets in the region it is clearly visible that there is room to grow.

Rents average around €8-12/sqm/month and can reach €13/sqm/month in the prime segment. This compares to €21 in Prague and €15.5 in Bratislava which means that companies can save a significant amount of money on rent if they chose this secondary city. Brno not only attracts tenants because of its size and favourable location approximately halfway between the Czech and the Slovak capitals. It is also a university city with 70.000 students in 13 universities. According to a research published by JLL in 2016, 30 major international companies have offices in Brno and they have over 15.000 employees combined. Average yearly wage is CZK318.000 (roughly €11.800), which is not significantly less than in Prague but still rather low by European standards.
Let’s see the local stock!
Our tour started in Spielberk Office Centre, located very close to the historic city centre. It comprises 90.000 sqm of office and retail space in addition to the new Courtyard by Marriott hotel which opened two months ago. The hotel is operated by CTP under the Courtyard by Marriott brand and features 10 meeting and conference rooms in addition to 201 rooms, including a rooftop suite. We also visited Ponāvka Business Centre which is a mixed-use business park on the site of a 19th-century starch factory. The park has 24.000 sqm of GLA and it includes office, retail and warehouse space as well. Currently CTP is also constructing student housing in Ponāvka, an asset class increasingly sought after by investors globally. It will offer accommodation for 158 people in 80 rooms. Local universities and tenants of the business park will have the opportunity to rent out these rooms to their students and employees.

The last stop of our tour was CTPark Brno, located in the southern party of the city. On nearly 90 ha of land 20.000 sqm of industrial property has been developed by CTP so far and there are plans for a further 27.000 sqm. For a logistics centre access to highways is crucial but luckily CTPark Brno is also accessible by public transport: several municipal bus lines connect it to different parts of the city. Brno’s total industrial stock exceeded 860.000 sqm at the end of Q3 2016 with 21.000 sqm under construction. The vacancy rate is 4.6% with rents ranging between €3.9-4.25 per sqm per month. Approximately the same rates are applicable for Prague and slightly lower rates (€3.6) are common in Bratislava. Nevertheless, CTP has big plans for expansion in Brno. The company has a larger development plot last year, where up 100.00 sqm of new office space can be constructed.