Retailers go for high-street in Budapest 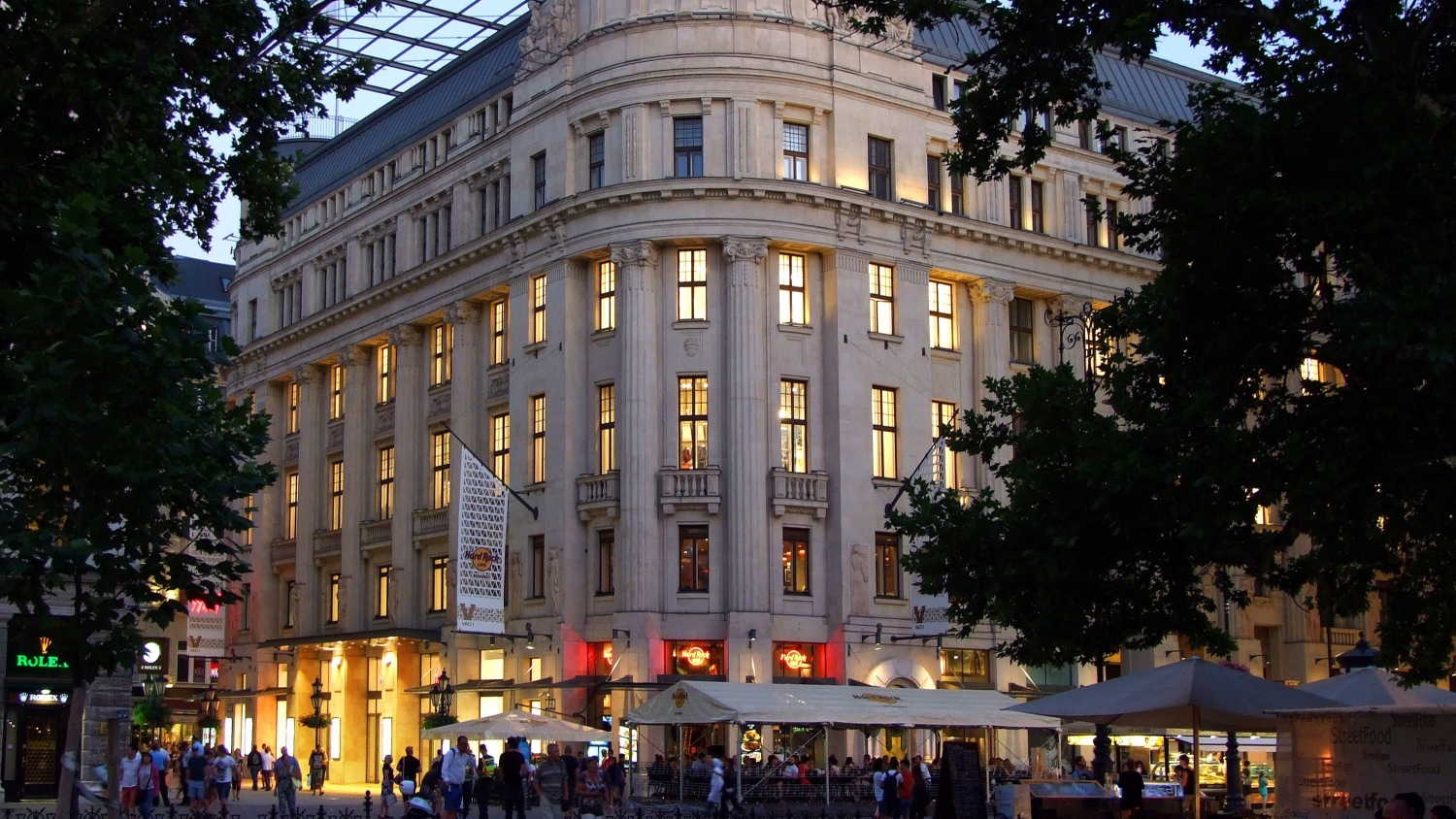 Hungarian retail sales and turnover continue to show healthy growth, buoyed by the abolition of the Sunday closing law after barely one year in effect. Retailer demand is unbroken but remains pressed by the lack of available supply resulting in upward pressure on rents. Fashion retailers remained the most active in H1 2016, followed by the footwear and F&B segments which both expanded significantly, according to the latest Retail Market View published by CBRE.

Hungarian retail sales and turnover continue to show healthy growth, buoyed by the abolition of the Sunday closing law after barely one year in effect. Retailer demand is unbroken but remains pressed by the lack of available supply resulting in upward pressure on rents. Fashion retailers remained the most active in H1 2016, followed by the footwear and F&B segments which both expanded significantly, according to the latest Retail Market View published by CBRE.
Retail stock
During H1 2016, one mixed-use landmark development (Váci1) was completed in downtown Budapest, including a 6,200 sqm retail element that was entirely pre-leased to H&M for its new flagship store in the country. Looking ahead, the pipeline for new shopping centres seems absolutely dry until 2019 when Futureal’s Etele Plaza is expected to be launched. On the other hand, high street retail supply in downtown Budapest is likely to see a considerable increase along with new office, hotel and residential buildings. For example, Párizsi Udvar will open as a 5 star hotel in Q1 2018 with 2,100 sqm of retail space on the lower two floors. Budapest’s periphery will also see significant development as the new IKEA store is set to open next year in Soroksár, followed by an 8,000 sqm extension of the Immochan mall in the same area in 2018.
The modern retail stock in Hungary – including retail warehouses but not high-street – amounts to 3.8M sqm. Half of this volume is concentrated in Greater Budapest where shopping centres have the largest share with 43%, closely followed by retail warehouses with a share of 41%. Retail take-up in H1 2016 totalled 24,300 sqm with 79 new store openings and 10 expansions of existing units with an average size of 275 sqm. In total, 76 individual brands opened new stores, out of which three were new international brands entering the Hungarian market in H1 2016. In addition to the stores opened, CBRE is aware of 15 new openings which are scheduled for H2 2016 on a total area of 5,400 sqm. These anticipations point to a robust annual take-up for 2016.
The high-street and the shopping centre take-up have almost equalled throughout H1 2016. Retailers’ demand is increasingly shifting towards high-street locations, as most shopping centres – even secondary schemes – are close to full occupancy.
The Budapest high-street zones are expanding and retailers target non-prime downtown destinations as well. These secondary locations – such as the area around the St. Stephen’s Basilica – are primarily favoured by restaurants; however, fashion and accessory retailers are starting to move toward these locations as well.
Fashion retailers were the most active in H1 2016, accounting for 47% of the total take-up. Their large footprint is strongly influenced by H&M – which opened its largest European store with 6,200 sqm  in the newly re-positioned Váci1 scheme – and local family fashion chain, Shey’s, which opened two 1,000+ sqm stores in secondary shopping centres.
The food and beverage segment also performed strongly, with restaurants and coffee shops having the third-highest share of the take-up. The great majority (84%) of these set up shops on the high street, while the rest of such openings took place in shopping centres. The impressive turnover increase has continued in H1 2016. Shopping centres typically recorded overall y-o-y turnover growth in the 7-9% range. Many large non-food retailers registered double-digit turnover increases in most schemes.
Footfall has gained momentum following the abolition of the Sunday closing law in March 2016. The typical footfall increase in Budapest shopping centres ranged between 4-6% and as a consequence, the average basket size has kept growing.
Rents
The strong retailer demand coupled with decreasing availability in most retail schemes keeps constant upward pressure on rents. Prime shopping centres’ rental rates in Budapest are quoted between 65-90 EUR / sqm / month, 5-15% exceeding last year’s level on average. Tier-2 centres in Budapest have also registered 10% rental growth on average, with rents now reaching EUR 24-36 EUR / sqm/ month. Typical rents in the best shopping centres in regional cities are also up by 15%, currently standing at 30-50 EUR / sqm / month.
High-street rents have increased by 10-20% in the prime shopping streets of Váci utca and Andrássy út, getting close to their pre-crisis levels. Most recently, rents on the secondary high-streets have started to increase, reflecting the growing retailer demand in such locations as well.