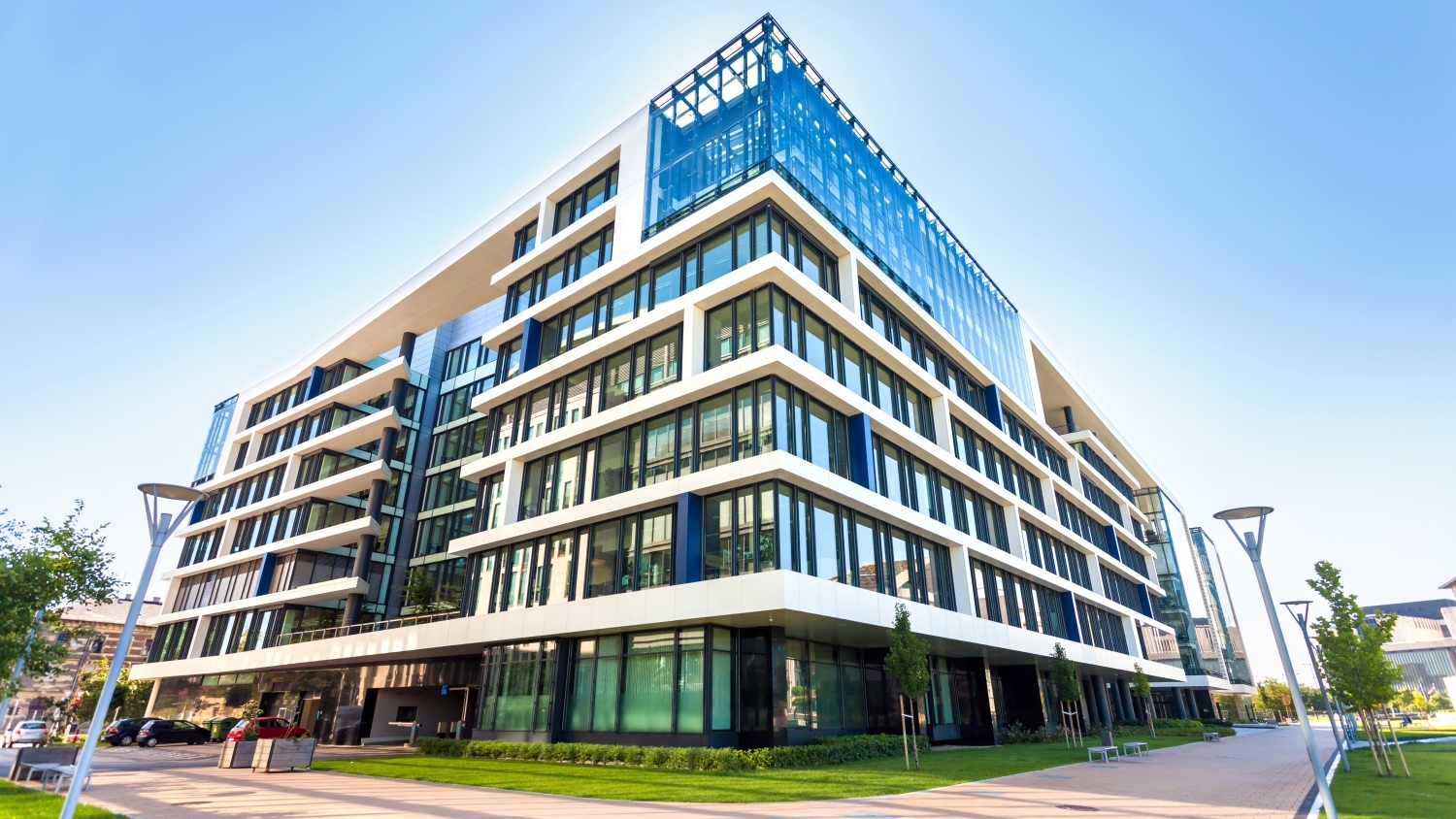 Demand on the Budapest office market in Q3 2017 increased by 67% compared to the previous quarter, reaching 164,985 sqm. Combined with a marginal growth in supply the vacancy rate further decreased to 7.6%. The Budapest Research Forum published its latest figures.

Two new office buildings were completed in Q3 2017 in Budapest. The Graphisoft Park Start-up building was handed over on 2,500 sqm in North Buda, while Nexon’s 4,000 sqm owner occupied headquarters was handed over on the Váci Corridor submarket. The Budapest office stock totalled 3,353,235 sqm. The total stock comprises 2,684,655 sqm of Class A and B speculative and 668,580 sqm of owner occupied buildings. 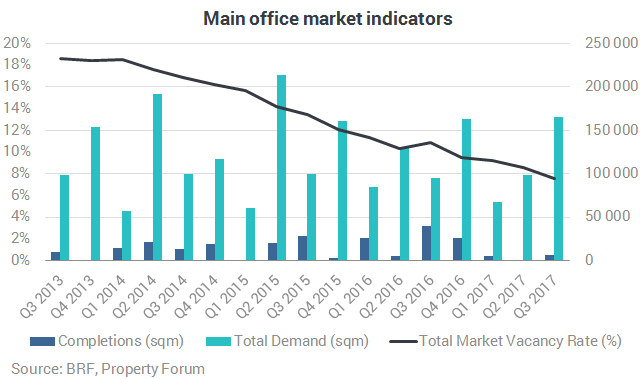 The vacancy rate decreased further by 1.0 pps quarter-on-quarter to 7.6%, which is the lowest rate ever on record. The lowest vacancy rate is still recorded on the South Buda submarket (3.3%), whilst the Periphery submarket registered again the highest figure (28.5%).
Demand in Q3 2017 increased by 67% compared to the previous quarter, reaching 164,985 sqm. Owner occupation deals represented the highest share of the demand in the third quarter with 32.7% share, followed by new deals with 27.6%. Renewals equated 24.8%, while expansions accounted for 6.4%. Share of pre-lease agreements represented 8.3% of the total leasing activity. 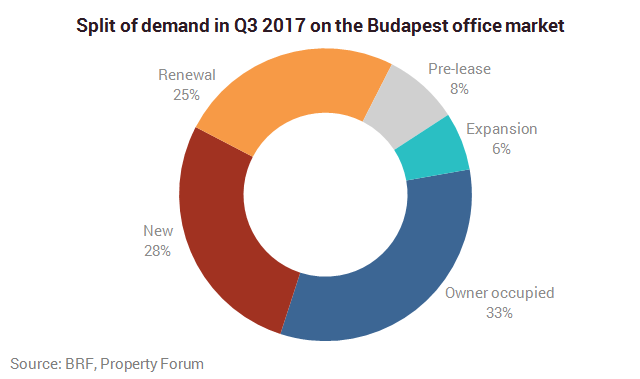 According to BRF, 162 deals were closed in Q3 2017, with an average size of 1,018 sqm. In terms of submarkets, South Buda had the highest leasing activity, representing more than 32% of the total demand, followed by Váci Corridor (15%) and NonCentral Pest (13%) submarkets.
The largest deal of the quarter was an owner occupation agreement (the new MOL HQ) in the South Buda submarket for 50,000 sqm. The biggest new deal was registered in the CBD, while the largest renewal in Non-Central Pest for 11,130 sqm.
The quarterly net absorption totalled 40,815 sqm in Q3 2017.
The Budapest Research Forum (BRF) comprises CBRE, Colliers International, Cushman & Wakefield, Eston International, JLL and Robertson Hungary.