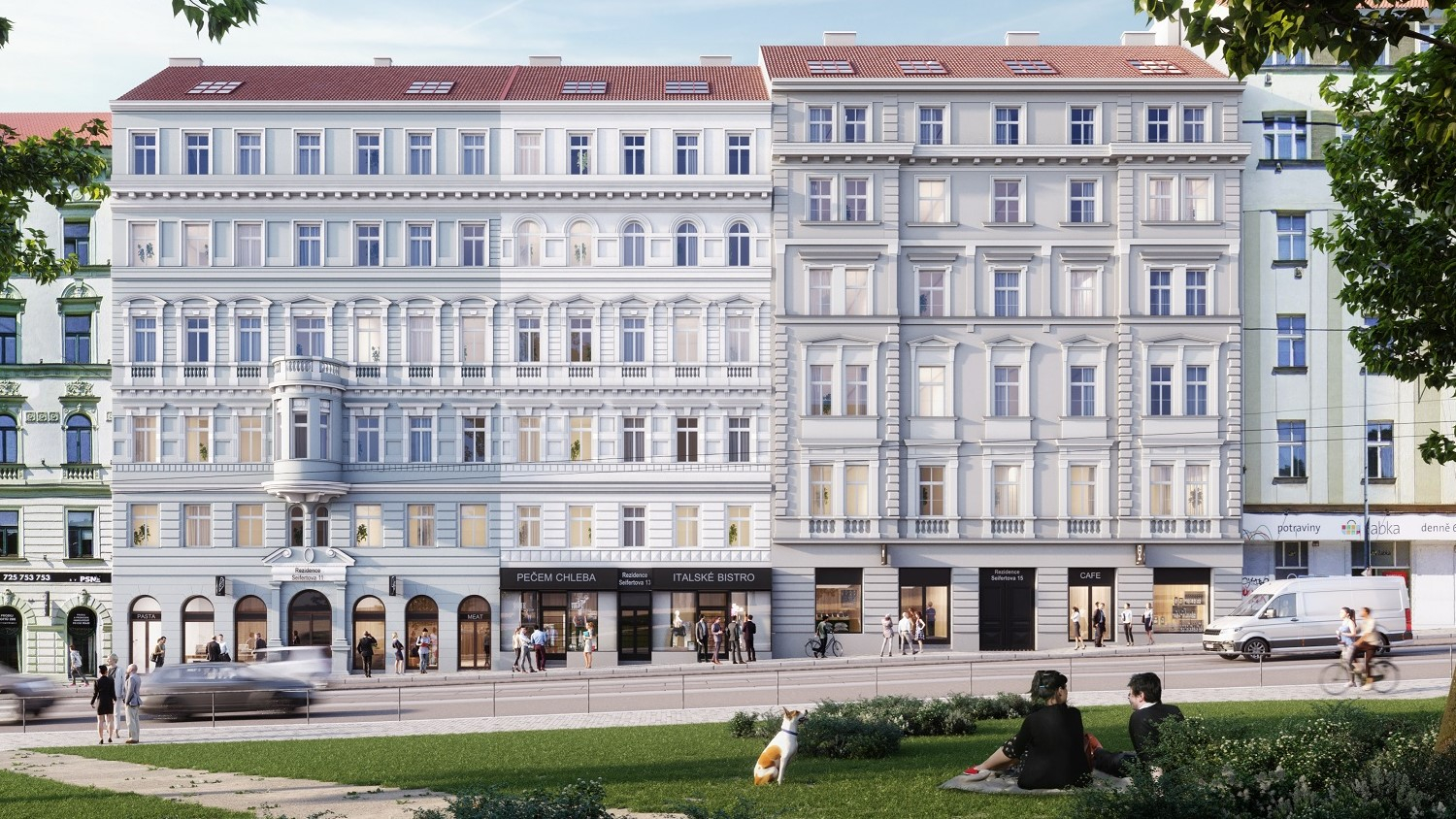 Due to the high prices of flats and houses, less availability of mortgages, extreme inflation, as well as the rising price of building materials and labour, people in the Czech Republic are now looking more for rental housing. The influx of refugees from Ukraine has also significantly increased the interest in renting. Under the influence of the enormous demand, rental prices are thus starting to reach the pre-Covida level, and in some places have already exceeded it. According to PSN, the availability of apartments is decreasing and the company is now preparing entire projects for rental housing.


Demand for rentals has been rising noticeably recently and is now extremely high due to the war in Ukraine. "At the moment, we don't have a single apartment available for rent, and if one happens to become available, it will be rented out immediately. If I compare it with the previous period, in the past an apartment lasted for a month, now it is at most a week, but more likely just a few days," says Helena Hyánková, deputy director of commercial projects at PSN. According to published data, up to 15,000 units were available in the capital in 2020 and 2021, while now it is less than 5,000.

The interest is above standard, but the apartments are not

Currently, there is a complete lack of apartments for rent in Prague (analyses speak of the lowest supply in the last 7 years), especially those in the lower price category. "Moreover, we expect demand to continue to grow. For many people, it will become the only possible housing solution unless mortgage conditions change. This, of course, will contribute to the price of apartments. During the pandemic, rental prices for some have fallen by as much as 30-40%, especially for the more expensive ones. For the cheaper ones, it was a drop of around 10%. At present, prices are returning to their original level of two years ago, and in some places, they have already exceeded it," says Helena Hyánková. The available statistics show that the average rental price for 1 sqm/month in Prague is about CZK 370, up by almost 24% year-on-year. Apart from Jihlava and Ústí nad Labem, rents are also increasing in other regional cities, for example in Pardubice by 25%, in Brno by almost 18% and in Hradec Králové by more than 12%.

In Prague, people are interested in flats with good public transport connections, the location often does not matter so much. In terms of size, small units are the best and fastest to rent, but there is also demand for large luxury properties with a terrace and more bedrooms. The most frequent clients are currently mainly the young and middle generation, with older people almost absent. "Singles and couples predominate, occasionally there are families with children, but this is mainly a foreign clientele. In terms of interior amenities, each person prefers something different. In general, however, they prefer the apartment to be furnished with, for example, built-in wardrobes, lights, etc.," says the deputy director of commercial projects at PSN.

Even in view of the current market sentiment, PSN is planning several projects for rental housing. These are currently in the preparation phase and the developer is working on obtaining all the permits in order to start their implementation. These include, for example, the renovation of the former City Telephone Exchange in Fibichova Street with approximately 120 apartments or the reconstruction of three apartment buildings in Seifertova Street. The company is also intensively preparing projects in Polská Street or Muchova Street. "All of our buildings in which we lease space are, of course, taken care of afterwards. The extent of service always depends on the level of luxury of each property," says Helena Hyánková. In the leasing segment.

PSN concluded a total of 113 new leases in 2021, and 151 leases were renewed. "Last year was rather a decrease compared to previous years. This year is definitely going better so far, and we believe we will return to pre-Covid numbers. At the moment our portfolio ratio is approximately 80% sales and 20% rentals. However, this percentage will definitely change in the future and the share of rentals will strengthen. Our main focus will be on the preparation and finalisation of existing projects as well as the purchase of interesting properties and land that may come on the market at this time. Thanks to sufficient capital, we are able to quickly purchase such properties and then convert them into, for example, a rental housing project," concludes Helena Hyánková from PSN.