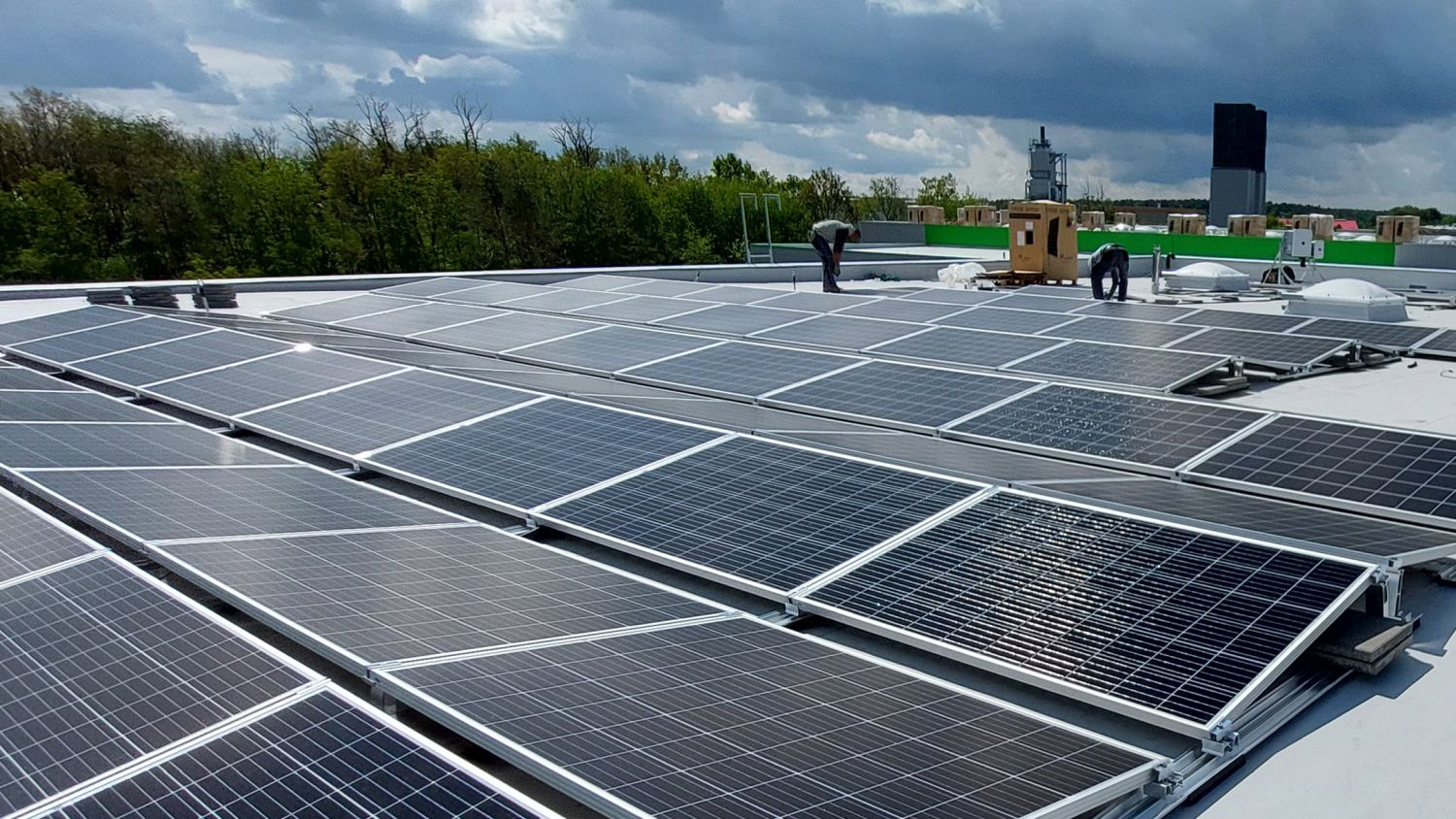 As the European Union has proposed the move towards zero-emission buildings by 2030, a significant portion of the energy consumption of these projects should be covered by energy from renewable sources. This includes renewable energy produced on-site or nearby so property companies are starting to invest in such facilities in a bid to lower operating costs and meet targets under their ESG agendas. The investments in such capacities have been boosted by the high energy price environment and the need of property companies to enhance the security of power supplies.


From solar panels fitted on top of industrial projects and on the floors of hypermarkets to clean energy production systems for apartment buildings, developers across CEE and the wider European continent are investing heavily in solutions designed to lower the overall energy consumption and emissions of their buildings. There is also growing interest from investment groups that are setting up renewable energy funds.

Property companies investing in energy production assets for their buildings

For instance, HIH Invest Real Estate has expanded its fund portfolio by adding the HIH Green Energy Invest fund to an amount of €750 million. The company is looking for long-term investments in photovoltaics and wind power projects. Up to ten percent of the projected fund assets are earmarked for investments in property developments for whose construction and operation certain permits have yet to be approved.

Meanwhile, Portiva Group plans to build three solar power plants with a total capacity of 10 megawatts in the Czech Republic in the first half of this year. The group already has a portfolio of wind and solar parks with a capacity of 30 megawatts and is diversifying its energy exposure following investment in real estate and IT.

On the Czech market, local energy company PRE said it was looking to reach 300 megawatts of production capacity from its own green power plants by 2030. PRE aims to build more solar arrays on roofs and on the ground – especially on so-called brownfield sites. Elsewhere, industrial developer CTP aims to add PV power stations on top of Czech CTParks. The company aims to build a PV production capacity up to 15 megawatts by the end of this year. Next year, it targets to increase production by 20 megawatts. Already, all new warehouses built from 2020 are “solar ready”.

In Poland, Ghelamco aims to have the first skyscraper in the country powered entirely by clean electricity. Its office project Warsaw UNIT was the first to benefit from the company’s investment in renewable energy. At the end of 2022, Ghelamco had completed the construction of its first three photovoltaic farms in Poland. The developer’s target is to reach a capacity of 10 megawatts spread across 11 photovoltaic systems in the first phase of the project.

On the Polish market, local developer PAD RES GROUP announced plans for the construction of ten PV farms with a total capacity of 45.5 megawatts. Since last September, the company has secured grid access for 13 projects with a total capacity of 500 megawatts that will be developed gradually. In the same country, Accolade Group completed its first photovoltaic power plant in an industrial project and aims to install PV panels in all its Polish parks by the end of 2024.

At the same time, MLP Group kicked off a project to build rooftop solar power systems at ten logistic parks making up its Polish property portfolio. The PV panels will cover an aggregate area of about 120,000 sqm, featuring a total capacity of 5.93 MWp. The project is scheduled for completion in the first quarter of 2023.

In Romania, BIG Shopping Centers, Israel’s leading shopping center development group, purchased the rights for a wind project estimated to produce 102 megawatts in total. The estimated cost of the project launch is €102 million.

In Bucharest, River Development will complete in May 2023 an investment of more than €1 million in a photovoltaic power plant for the generation of green, renewable and clean energy in Sema Parc. The plan will initially cover part of the electricity consumption in three office buildings based in the Bucharest project.

At the end of last year, Romanian developer Genesis Property has completed the largest renewable energy project in an office park in Romania. More than 1,000 PV panels were installed on the office buildings’ roofs in YUNITY Park based in northern Bucharest, following an investment of €1 million.

In Hungary, S Immo moved to install more than 400 solar panels on top of the Blue Cube office building. The solar panels will cover 20-25% of the total energy consumption of the office building. Meanwhile, on the Slovakian market, The Aupark shopping centre in Bratislava was fitted with PV panels on its roof that would generate around 550 megawatts of electricity each year.

These are just some of the investments real estate companies in CEE have made with the aim to produce green energy. Many more are likely to follow in the coming period as the race to net-zero intensifies.