Prague 3 spokes out against UDI project 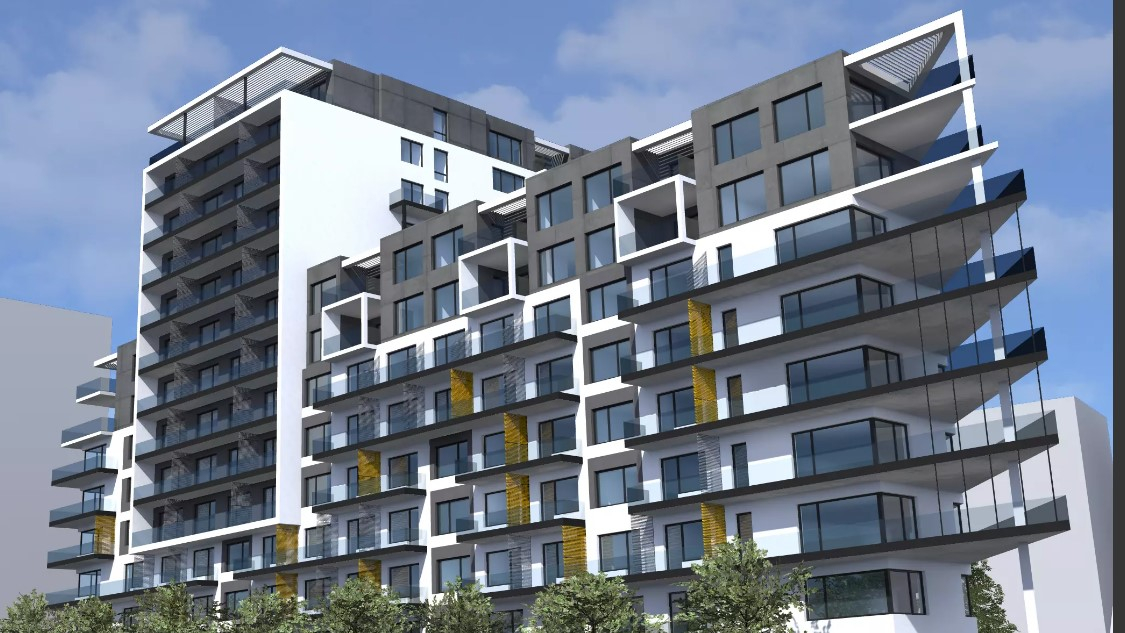 Prague 3 has spoken out against a development project planned by the developer UDI Group in Žižkov. The town hall is bothered by the size of the project. The developer accuses the authority of arbitrariness and threatens to sue. Martin Roman, an ex-CEZ Group boss, has a stake in the project, writes seznamzpravy.cz.


A heated dispute has erupted in Prague's Žižkov district between the developer UDI Group and the local town hall over a project to provide long-term accommodation for students and managers. The Žižkov town hall claims the project is too big. The investor defends itself by saying that it bought the project with all the approvals and threatens to sue for tens of millions of crowns. The investment in the building is expected to be around one billion crowns. The project is half-owned by Martin Roman, the former head of the ČEZ power group.

"Our company bought the land in Žižkov only after the project was granted all the legally required approvals needed for the zoning decision. So we bought in good faith that we would be able to build," said Radek Menšík, owner of UDI Group. "Not only was the building confirmed and verified in a standard way that it complied with the zoning plan, but it also had the necessary consent opinion from the owner of the neighbouring land, which is necessary for connection to the networks," he added.

The conflict over the project on the land between Pitterova and Malešická Streets escalated after the Žižkov City Hall did not give its consent for the planned building to be connected to the sewage system via municipal land. "The Prague 3 municipal district has long had a negative attitude towards the project. The project is too big, both in height and volume. In the past, it was planned that a sports and recreation complex or a two-storey building with an emphasis on sports use would be built on the land. If the project went in this direction, the district would support it," said Pavel Dobeš (for STAN), the deputy mayor of Žižkov. The planned building is to have approximately 12 floors in one part and is to be a hotel-type project for about 580 people.

The developer is defending itself by saying that the project is in accordance with the zoning plan and that it has also visited all the relevant sites and obtained approvals for the project before starting the zoning procedure. This includes the Prague Water Supply and Sewerage Authority. The investor was thus surprised that Prague 3 decided to stop the project precisely by refusing to connect it to the sewer system. "The municipality may have objections to the construction, but it should have raised them in the normal procedure for the construction itself," said Menšík, the head of UDI Group.

Septic tank and water supply in the middle of the city?

The investor claims that the municipality's procedure was an abuse of power and is ready to a lawsuit for CZK 80 million in damages. It is also considering a criminal complaint on suspicion of committing a criminal offence of damaging someone else's rights or abuse of authority of an official. Last but not least, the developer has come up with an alternative solution for the construction itself. The house would not be connected to the grid. The septic tank would be transported several times a day by sewage trucks. Similarly, in contrast, tankers with drinking water would supply the building on a daily basis via specially adapted tanks.

However, this solution would probably also have run into trouble with the authorities. "According to Prague building regulations, connecting a multifunctional building to a cesspool is not allowed, especially in inner Prague. In any case, the building of a multifunctional house must be connected to the public sewage system," said Václav Tětek, head of the construction department of Prague 3.

The developer is not ruling out an amicable solution to the conflict and is offering the district to build and pay CZK 20 million for a road connecting Pitterova and Malešická streets, including infrastructure.

"This is certainly an interesting proposal, and if there is a change of attitude on the part of the investor towards the project, especially in terms of its size, that is up for discussion. But financing and building the road itself, which would be conditional on consent to connect to the sewerage system and consent in the planning procedure to the currently proposed project, is not sufficient," responded deputy mayor Dobeš.

The Žižkov project has a developer located in the Olšanská pozemková design company. It is half-owned by Martin Roman through another company. The other 45 percent in the project belongs to City West Investors from the UDI Group. The remaining five percent is held by Karel Kopp, former head of the supervisory board of Komerční banka.