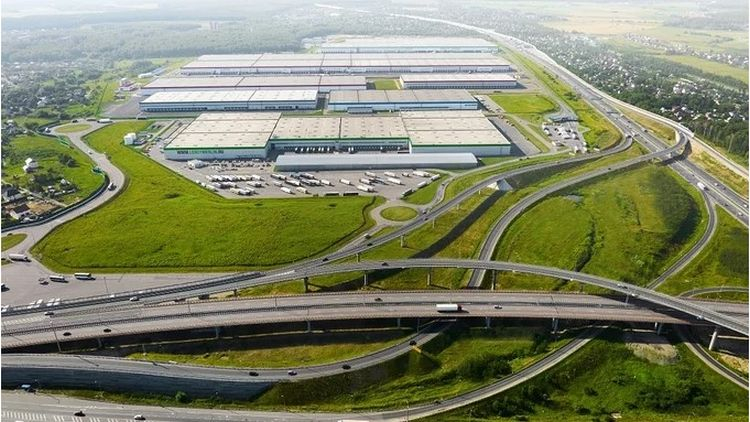 PPF continues to divest its Russian portfolio. It has completed the sale of its 60 percent majority stake in the giant South Gate logistics centre near Moscow. The deal is said to be the largest of its kind in a decade, Russian news server Metalinfo.ru reports, cited by Czech daily E15.cz.


Until last year, PPF Group has refused to comment on the planned deal to sell its stake in the South Gate logistics centre near Moscow. "I can now confirm that the South Gate logistics complex has been sold," company spokesman Leoš Rousek confirmed to E15.cz. PPF Real Estate owned up to 60 percent of the logistics park, which should be the largest in the country with its 650,000 sqm, and the rest belonged to the heirs of Chris van Riete, a Russian businessman with American roots. The new owner is the steel construction company Ventall.

Analysts of the Russian real estate market believe this is the biggest sale of a logistics complex in the country for the last two years. According to them, the value of the complex could be between 20 and 30 billion roubles, which converts to almost CZK 10 billion or €416 million.

PPF announced its exit from the Russian market shortly after the war in Ukraine broke out and said it held about €1 billion worth of assets in Russia. The group will sell its largest asset, Russian bank Home Credit, in May this year. But it has already sold an exclusive shopping mall in Astrakhan, sprawling Moscow land and agricultural holding RAV Agro. However, it continues to own or co-own, for example, the Metropolis office buildings in Moscow, the Nevsky Centre shopping centre in St Petersburg, PPF Life Insurance and the Vagonmash engineering company. by Property Forum
Peakside Capital Advisors has selected a general contractor for phase 1 redevelopment of the City Point Targówek urban logistics park. The contract will be executed on an EPC basis by Kajima Poland. Phase 1 demolition work is currently in progress. Ultimately City Point Targówek is to provide nearly 100,000 sqm of warehouse and office space, meeting the highest standards in sustainability. Handover of the first building to tenants is expected to take place by the end of this year.
Read more >