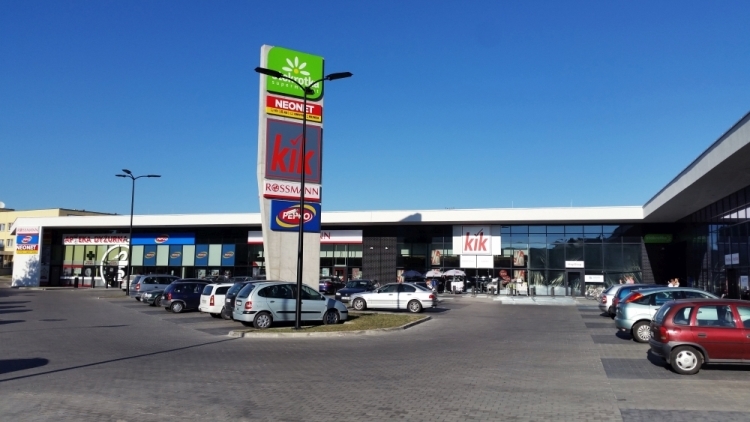 The HopStop project started in 2013 with the construction of the first HopStop unit in Radom. Rafał Trusiewicz, President of Katharsis, later decided to expand the project by several new locations. In order to achieve this goal, supported by the company CMT Advisory (M&A and Corporate Finance), he gained a co-investor and funds via the newly created Katharsis FIZAN Fund.
Four existing properties constituting the sold portfolio are located in Radom (opened in 2013), in Zamość at Sadowa street (opened 2015), in Zamość at Hrubieszowska Street (opened in 2016) and in Rembertów (opened in 2017). The fifth property is currently in the pre-development phase, nevertheless the lease progress amounts currently ca. 90% of GLA. It will be constructed in Siedlce at Partyzantów street. The total GLA of the portfolio exceeds 19,000 square metres.
The tenants of HotStops include, among others, Biedronka, Stokrotka, Mila, Topaz, Pepco, Kik, Hebe, MediaExpert and Neonet.
“We plan to develop the next HopStops in Ostrów Wielkopolski and Warsaw’s Wawer district,” Rafał Trusiewicz, President and Co-Owner of Katharsis Development commented.
„CPI Property Group intends to leverage the present economic growth in Poland to which the retail sector forms a strong basis. We are impressed by the quality of the HopStop concept, the parks’ nested locations tailored to service customers. We see great asset value potential in the portfolio,” Andras Marton, Country Manager Poland at CPI Property Group added.
Apleona GVA acted as the exclusive agent to Katharsis Development, assisting the company throughout the transaction process, from marketing the properties, carrying out due diligence to negotiating a successful closing. Katharsis Development was also supported by CMT Advisory (M&A and Corporate Finance) and legal company Michałowski Stefański. CPI Property Group was supported by act BSWW Legal & Tax and Knight Frank. Sentient was responsible for technical due diligence.