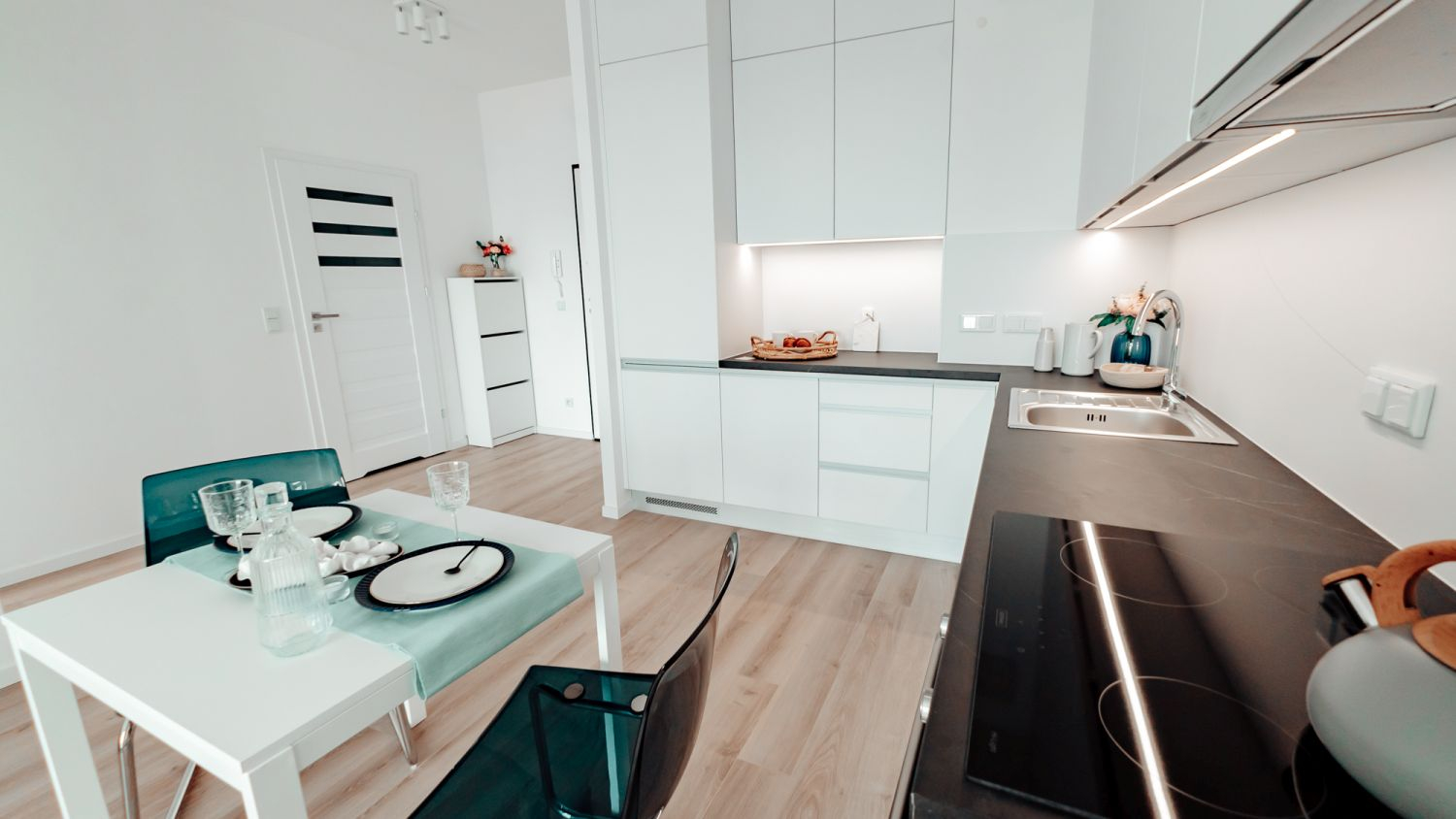 The third quarter of 2021 and the beginning of the next quarter is a period of historic changes in the Polish real estate market, which will not be without impact on consumers' housing plans, says Resi4Rent.


The first interest rate hike in nine years, raising the reference rate to 0.50 percent (a change of 0.4 percentage points) and the next to 1.25 percent, announced at the beginning of November, will not yet cause a revolution, but it will make some current and future borrowers aware of the importance of a long-term financial commitment. The Credit Information Bureau has estimated that as a result of the Monetary Policy Council's decision, the average monthly instalment of a housing loan taken out over the past two years will increase by over PLN 192. Future borrowers also need to be aware of higher costs of loan servicing. Given the latest inflation figures, which confirm an upward trend, further interest rate hikes seem realistic. They would aim to prevent price dynamics from being fixed at a level above the NBP inflation target.

According to the latest information from the Central Statistical Office, in September the prices of consumer goods and services increased by 5.9 percent, and in October already by 6.8 percent compared to the corresponding months in 2020. Compared to August this year, inflation rose by 0.7 percent, and by 1 percent compared to September. Looking at the costs associated with housing and energy carriers, a year-on-year increase of 7.2 percent was recorded at the end of Q3 (month-on-month - 0.6 percent), while in the household furnishings and housekeeping category by 3.8 percent (0.7 percent on a monthly basis). Overall, Q3 2021 in terms of housing expenses was more expensive by 6.8 percent and 3.5 percent respectively compared to the same period last year (up 1.3 percent compared to August 2021). In October, home maintenance and energy costs increased by 2 per cent. (over the year by 6.7 per cent). In the case of home furnishings and housekeeping, spending rose by 1.7 per cent during the month. (3 percent year-on-year).

At the same time, under the influence of inflation, decreasing supply and increasing land prices, as well as the high cost of construction materials and workmanship, the prices of flats themselves are rising. Already in the second quarter, increases were well over 8 percent over the year (8.6 percent in the primary market and 8.3 in the secondary market). The quarterly change was 2.5 percent for new apartments and 3.6 percent for "second-hand" homes. It is estimated that in Q3, the offer prices of flats grew from 4 percent in Łódź to 23 percent in Wrocław.

Rental is back in the game, but with new rules

In this context, the rental market is gaining ground as a safer alternative for those who may have limited borrowing capacity under circumstances of further interest rate rises, or those who have not yet saved for their own contribution or do not wish to buy a flat at this stage of their lives. In the rental segment, after a period of pandemic slowdown in demand, there has been a revival, which has translated into an increase in rents of around 4.8-5.7 percent (after last year's several percent reductions) depending on the size of the apartment. Rents for flats under 35 sqm are rising fastest, while for large apartments over 65 sqm are rising slowest. This situation concerns 35 cities, cheaper rent can be expected in smaller markets, for example in Sosnowiec (down by nearly 8 percent in the case of small flats) and Częstochowa. September's increases are the result of a gradual recovery of demand in groups of tenants whose current activity is closely linked to the improvement of the epidemic situation in the country - students, people with jobs requiring mobility, foreigners coming to Poland for work or to settle here permanently, as well as tourists who in the summer season influenced rental rates in seaside resorts. Despite rising rents, renting is starting to become a more viable solution than financing the purchase of a property with a loan. The change is already noticeable in the case of larger flats - renting a flat of over 70 sqm in Kraków and Gdynia costs nearly PLN 730 and PLN 640 less, respectively, than the average monthly loan costs, in Poznań - about PLN 220, and in Gdańsk - about PLN 310.

PRS goes from strength to strength

One problem the private rental sector faces is a failure to match the offer to current customer preferences. The increase in demand does not apply to all premises, but to those characterised by strictly defined parameters, including a better standard. At the same time, tenants declare their aversion to offers of flats in the “great slabs” (buildings made of prefabricated concrete slabs). Price is still the key selection criterion (91 percent), followed by the standard of the apartment (87 percent of responses). Customers also expect more flexible lease terms, preferring to rent for less than a year more often than before the pandemic.

The private rented sector (PRS), by its very nature, has proven to be the most resistant to the economic effects of the pandemic as it responds to new customer requirements, such as the possibility of concluding a contract for several months, functionality and the appropriate number of rooms, optimal price, no need to renovate and furnish an apartment on one’s own or bear costs of repairs and refreshing premises, modern interior design or additional benefits. Q3 was another period of investment activity and increased demand in this only developing segment in Poland. At the beginning of the third quarter of this year, companies specialising in the construction and management of flats for long-term rent delivered a total of 7266 flats. More than 25,000 flats are currently under construction or in the pipeline. The projected growth rate is over 90,000 apartments, which will supply the market over the next 5-7 years.

In 2021, Resi4Rent, an entity offering rentals in the form of "subscription flats", carrying out projects in partnership with Echo Investment, was ranked as the leader of the PRS market in Poland. At the end of Q3 2021, the company handled a total of 2,200 leases in 8 properties in Gdańsk, Łódź, Poznań, Warsaw and Wrocław.

"Our projects are developed in the largest urban, academic and business centres in Poland. We choose attractive locations from the point of view of people living in cities - close to transport, cultural, entertainment, service and commercial infrastructure as well as public facilities and green areas. From the beginning, our investments, together with Echo Investment, are designed and developed for rental or accommodation purposes, thanks to which we can continuously ensure consistency of the portfolio and use solutions that are functional and welcomed by customers. By 2025, we will have increased our portfolio of flats to a minimum of 10,000 units,” says Sławomir Imianowski, CEO of Resi4Rent.

The occupancy rate of Resi4Rent facilities does not fall below 98 percent, they are fully leased, depending on the size of the project, within 3 to 8 months of the facility being put into use.

"Demand in PRS is mainly shaped by younger generations, senior students, people representing specialist professions, foreigners and parents renting flats for their studying children. By the end of September, over 70 percent of our tenants were under the age of 34, with those aged over 45 at the other end of the spectrum, accounting for around 10 percent of customers. They are mostly parents for whom security is an important criterion of student tenancy; from their perspective, one of the advantages of our range is that the Resi4Rent buildings are equipped with CCTV and are under constant supervision of administrators. Overall, in terms of square metres, only one in three customers currently chooses a unit under 30 sq.m,” says Alicja Kościeszna, Sales and Marketing Director of Resi4Rent. “Taking into account the professional groups represented by the tenants of flats in subscription, IT employees are definitely in the lead. Foreigners account for about 25 percent of those who prefer this form of tenancy,” she concludes.