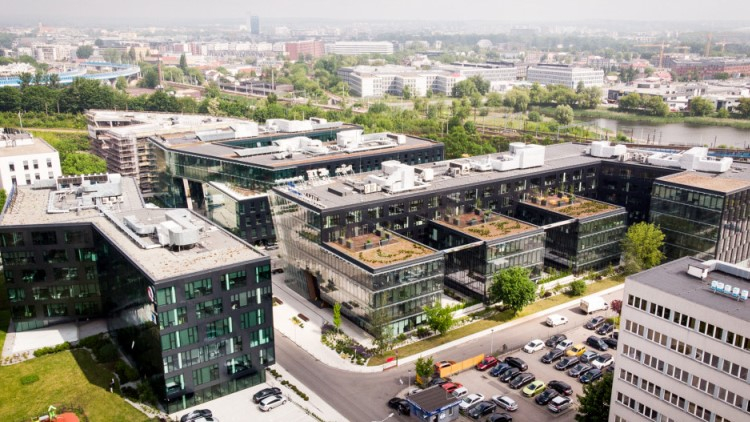 In terms of tenant activity, the major regional markets can speak of a better H1 than a year ago. Despite the expected slowdown, some companies continue to expand their business. JLL summarised the situation on the Polish office market at the end of H1 2020.


Demand - some tenants are eager for new offices

Tenant activity in the first half of 2020 was nearly 668,000 sqm, with markets outside of Warsaw accounting for more than 330,000 sqm. This is a better result than a year ago, despite the fact that demand on regional markets in Q2 was 50% lower than the previous quarter.

“Demand for office space in the first half of the year increased by almost 10% year on year. This increase can be partly put down to the Kraków market which accounted for one-third of tenant activity outside Warsaw”, comments Karol Patynowski, Director of Regional Markets, JLL.

In fact, Kraków saw the largest lease agreement for a regional market in the first half - the renewal for 20,000 sqm by ABB in Axis. In terms of scale, however, Warsaw remained dominant, with the largest transaction in the history of the Polish office market – a pre-let by PZU in Generation Park Y (46,500 sqm). Furthermore, DSV signed a sale and leaseback agreement for 20,000 sqm in Warsaw's Mokotów district, and Poczta Polska renewed its lease and decided to expand in Domaniewska Office Hub (19,800 sqm).

“Despite the pandemic, when the activity of some tenants has slowed down, there are many companies on the market that continue to develop their business. Almost 68% of total regional office demand in the first half of the year, and seven of the ten largest deals during this period, were lease contracts for new office space (including relocations and expansions)”, adds Karol Patynowski.

Sublets are also gaining in importance as an alternative solution to both traditional and flexible workspaces.

In H1 2020, more than 280,000 sqm was delivered to the Polish market, including nearly 176,000 sqm in the largest regional markets. Total office space supply is already 11.3 million sqm, which is almost equally distributed between Warsaw and regional markets.

“Currently, approximately 1.5 million sqm is under construction, with the eight largest regional markets accounting for 800,000 sqm. The most active developers are in Kraków, Katowice and the Tri-City, where office stock is set to hit the one million sqm mark once all current constructions are completed. Although construction works in Poland are ongoing, completion dates for some projects may be pushed back to a later date”, explains Hanna Dąbrowska, Research Analyst, JLL.

Continuing on from last year’s record performance, investor activity in the first half of the year remained at a very high level. During H1 2020, 22 office transactions worth more than €1.3 billion were finalized - 56% of which was in Warsaw.

“In H1 2020, eight contracts were signed outside Warsaw with a total value of approx. €582 million. As a result, it was the second-best H1 result for regional markets, with only 2019’s performance beating it. Kraków was the clear leader among the regional cities with Katowice and Wrocław also proving to be very popular with investors”, comments Tomasz Puch, Head of Office and Industrial Investment, JLL.

The most spectacular regional transactions were finalized in Krakow: the sale of High 5ive II (build 4&5) and the acquisition of Equal Business Park (A, B, C).