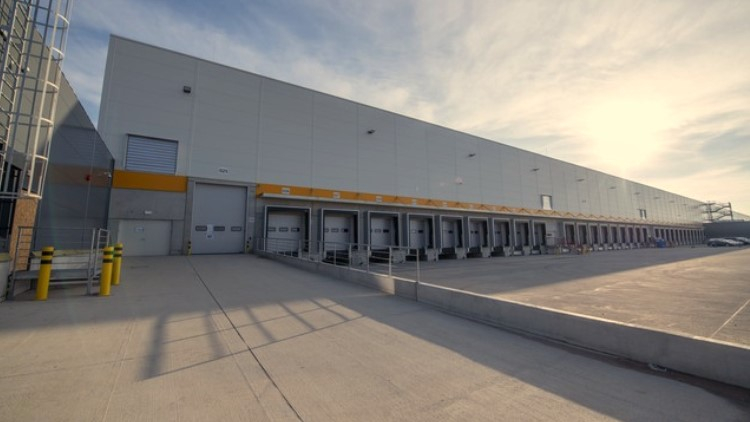 The Polish industrial market continues its strong momentum. Both take-up and supply reached high levels in H1 2020, say experts of global real estate services firm Cushman & Wakefield, summarising the first half of 2020 on the industrial market in Poland.


“Despite the strong performance, we are cautious about the prospects of this year being a record year for the industrial market. Such sectors as automotive or manufacturing that play an important role in the Polish economy have been hit hard by the pandemic. Recent months, however, have revealed positive trends, with companies gradually returning to normal business activity as restrictions are being eased further. As some companies are negotiating or finalizing new projects, we expect that the entire sector will be better prepared for potential risk of a second wave of the pandemic” says  Joanna Sinkiewicz, Partner, Head of Industrial & Logistics, Cushman & Wakefield.

Warehouse take-up hit 1.3 million sqm in Q2 2020 with nearly 2.3 million sqm transacted since the beginning of the year. Net take-up comprising new leases and expansions remained robust, amounting to almost 1.7 million in H1, which accounted for 74% of the total leasing activity. Renewals made up the remaining 26%, or 582,000 sqm, of the transaction volume. By region, the strongest leasing activity was on three core markets: Warsaw Suburbs, Upper Silesia and Central Poland, where a total of 1.2 million sqm was transacted, accounting for more than 50% of the total take-up in January-June 2020.

“These statistics would indicate a record level of leasing activity in a non-pandemic environment, but it should be underscored that some take-up was generated by lease agreements or renewals on preferential conditions offered to tenants on account of COVID-19. Some transactions expected to be finalized in later years were renegotiated earlier due to the exceptional situation. Companies that were the worst hit by the pandemic fallout asked landlords for the support that most often consisted in deferment or temporary reduction of costs in exchange for a lease extension” adds Joanna Sinkiewicz.

“The full impact of e-commerce on the Polish warehouse market is stronger than revealed by pure statistical data that includes solely online-only stores and platforms. There are many other companies from various sectors rapidly developing omnichannel strategies, thereby generating additional demand for logistics and courier services, and consequently for warehouse space. In addition, IT companies looking for modern warehouse space for data centres are a relatively new source of demand in Poland. The Warsaw market reported two such deals for a total of 28,500 sqm in the first half of the year, with more projects underway” says Adrian Semaan, Senior Research Consultant, Cushman & Wakefield.

More than 1 million sqm of warehouse space has come onto the market since the beginning of the year. Of that total, 600,000 sqm was completed in Q2 2020. Around 70% of the new supply was delivered to three regional markets: Warsaw Suburbs, Wrocław and Upper Silesia.

Poland’s total warehouse stock will soon surpass the 20 million sqm mark. Development activity remains strong with 1.9 million sqm of warehouse space under construction in June, down from 2.2 million sqm in the same period last year. The highest concentration of the development pipeline is in Upper Silesia (435,000 sqm), followed by Warsaw Suburbs (324,000 sqm), Western Poland (256,000 sqm, of which 80% is under construction in a BTS project in Świebodzin, close to the Polish-German border), Tricity (237,000 sqm), and Wrocław (158,000 sqm).

Due to the higher market risk caused by the COVID-19 pandemic, developers will be exhibiting more caution with regard to commencing speculative projects, especially in locations with relatively high volumes of vacant warehouse space in existing schemes or projects underway such as Wrocław and Upper Silesia.

Headline rents have remained flat throughout 2020, standing at €2.50–3.80/sqm/month for big-box warehouses and at approximately €4.00–5.25/sqm/month for SBUs in the largest conurbations.

At the end of June 2020, there was nearly 1.4 million sqm of vacant space, accounting for 7% of Poland’s total industrial stock. Although the overall vacancy rate edged down by 0.4 pp compared to the previous quarter, it was notably higher than a year earlier. The largest falls in warehouse space availability were recorded in Central Poland (down to 6.8% from 10.1%) and Krakow (down to 5.2% from 7.5%), while Warsaw Suburbs experienced a slight increase from 5.3% to 6.8%. Vacancy rates remained stable on other regional markets in the past three months.

“E-commerce remains the major driving force behind the growth of the Polish industrial market. During the pandemic, it experienced a rapid expansion, with online sales hitting a double-digit share of total retail sales. This figure is, however, gradually returning to its pre-pandemic levels, but its organic, long-term growth will be favourable for logistics and the entire Polish industrial sector, which successfully serves both national and cross-border distribution needs” says Joanna Sinkiewicz, Partner, Head of Industrial & Logistics, Cushman & Wakefield.