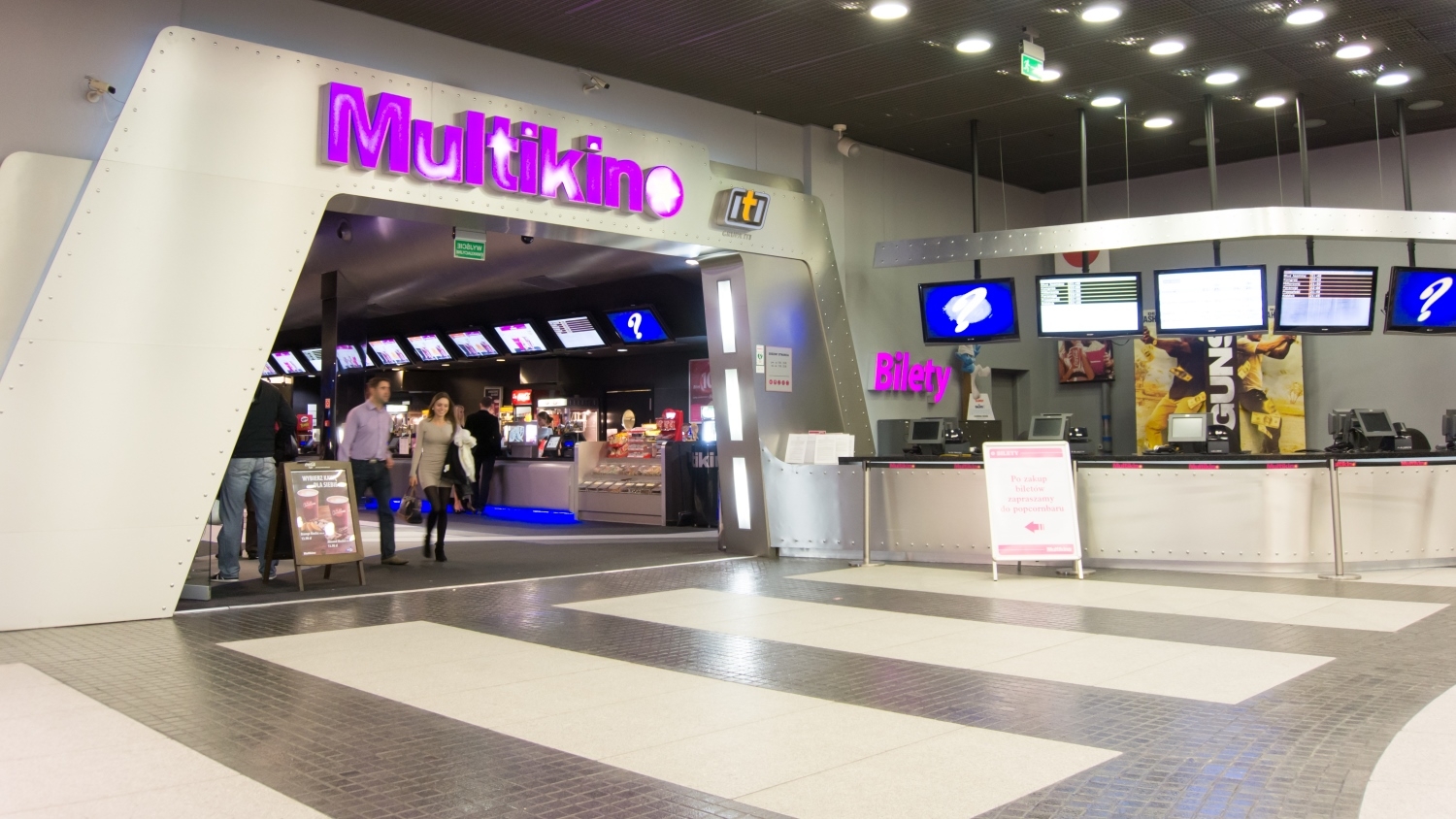 Over the last 20 years, the Polish cinema market has maintained strong growth momentum with an average 8.7% y/y increase in ticket sales in 2017 and cinema attendance hitting 56.6 million. Today, there are more than 1,300 screens in nearly 500 cinemas across the country. Multiplexes with two or more screens make up only approximately 25% of all cinemas in Poland but account for 75% of all screens. Most of them (80%) are located in shopping centres. Despite its rapid expansion, this market still has a big growth potential considering saturation levels in Poland and Western Europe.

Going hand in hand with shopping centres
The Polish market’s growth potential is best illustrated by the number of screens per 1 million inhabitants. According to 2017 data of the International Union of Cinemas, Poland, with just under 40 screens per 1 million people, was ahead of only eight countries (Latvia, Turkey, Russia, Bulgaria, Lithuania, Hungary, Romania and Bosnia-Herzegovina) of the 30 European markets tracked. By contrast, Ireland, France, the Czech Republic, Norway and Sweden came top of the league table with more than double this ratio. In Poland, however, the expansion of the modern cinema market goes hand in hand with the growth dynamics of large-scale shopping centres with leisure and F&B operators now accounting for up to 20% of space at prime retail schemes.
Four big market players
The Polish market of mini- and multiplexes is dominated by four leading cinema operators with an over 90% market share between them.
The multiplex market is expanding in line with the growth of modern retail formats. In the four years after 1998, this expansion was, however, limited to Poland’s core agglomerations and it was not until 2002 that new multiplexes began to be developed in cities with populations of less than 400,000. In 2011, cinema operators shifted their focus to smaller cities with populations below 100,000. Such smaller markets are dominated by appropriately-sized two- or four-screen cinemas operated either by Helios (a 35% market share by the number of cinemas and a 25% market share by the number of screens) or Cinema 3D (9% and 5%, respectively). Cinema City (27% and 39%) and Multikino (25% and 27%) focus on larger cities where they tend to operate between eight- and twelve-screen cinemas.
Risks and challenges
A survey of a representative sample of 2,048 Polish cinemagoers conducted by the University of Economics in Katowice shows that more than half of the respondents go to the cinema once a month or more often. The highest frequency is recorded among young people.
The average number of cinema visits per inhabitant stands at a stable 1.9 in Western Europe and at 1.5 in Poland, the latter figure rising fast though.
Ticket sales rose by an average of 2% y/y across Europe in 2017 compared to a staggering 8.7% in Poland. And most importantly, the Sunday shopping restrictions are not expected to slow down the market’s growth as cinemas will remain open, even at shopping centres closed for trading on Sundays. In addition, Fridays and Saturdays are preferred over Sundays for going to the cinema.
Streaming media and VOD are undoubtedly a threat to the cinema sector. There are already a few streaming media and VOD service providers in Poland, including Showmax, HBO GO, and Netflix, which operates worldwide except China, North Korea and Syria. However, despite their continued growth, the cinema will always be one of people’s favourite pastimes.